And starting with the cat. She snook in a night or two back and when I opened the door in the morning, actually thanked me for letting her out.  (My HERO!!) unexpected that.

Of course I was worried about what I would find. However apart from a few wagons derailed, no real damage.

I found a puddle and cleaned that up, but then found how she was trying to get herself out. She was going to dig herself out Ha Ha. Probably saved the trains by keeping her occupied. 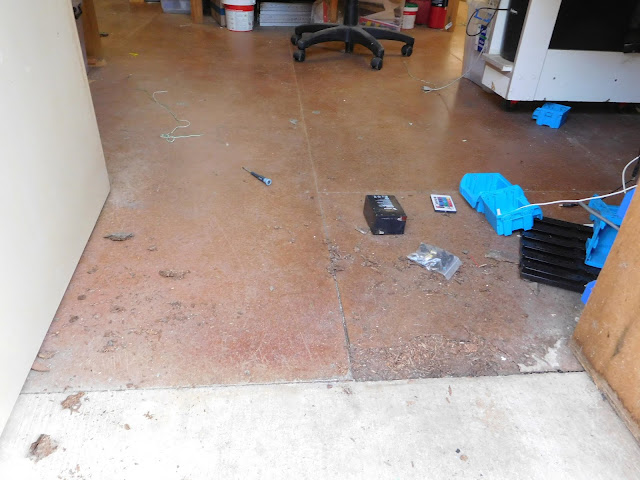 She had been on the desk, trying to reach the window, I see. 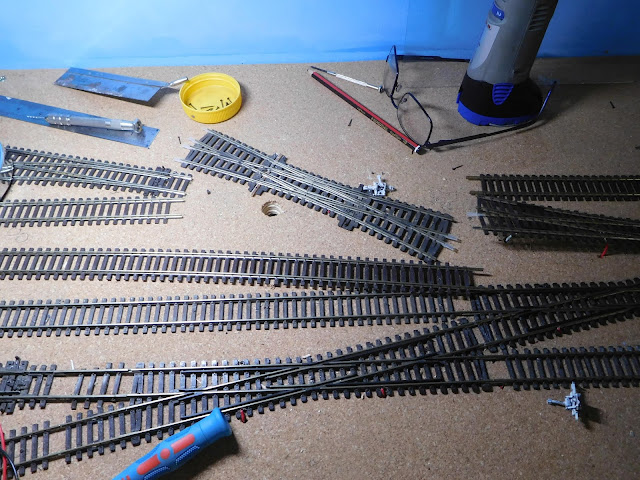 Tried to install some point levers, finished up fixing up a double slip :(

The throw bar broke and was replaced with some circuit board.

And then I found a dead spot between House Creek and Wodonga Station.  The problem was that I had not attached droppers, and relied on mechanical connections. Ah well, it will be fixed, and whilst I am at it, I will increase the length of the reversing section all the way to the points at Wodonga. Will now hold 50 bogies on the SG and about 45 on the BG, 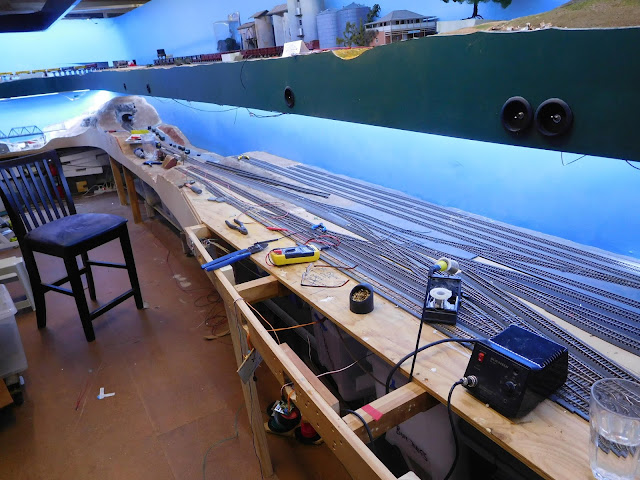 Have been running trains on the layout for over a week. And that's really good news for us. Its been a long time coming. The reversing loop here at Wodonga was preventing long trains from running. And several other places have bad connections. Some points need juicers or connections to the live frogs.

But things are looking very good at the moment. Now we can start on the scenery. :D