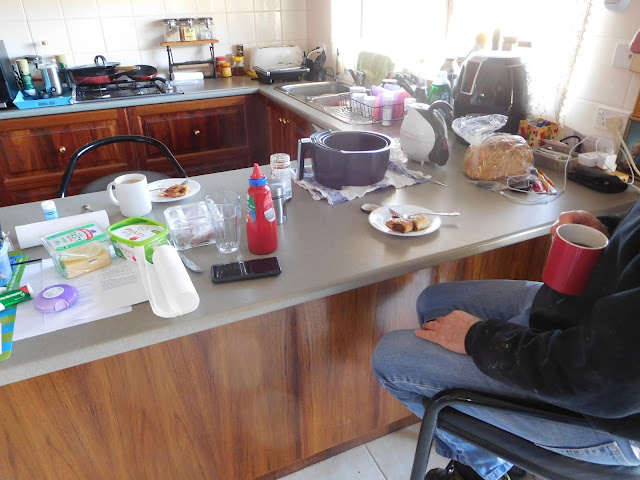 Al wasn't here today, however Graeme and I did feel his presence as we munched on his supplied sausage rolls. Thanks Al :D 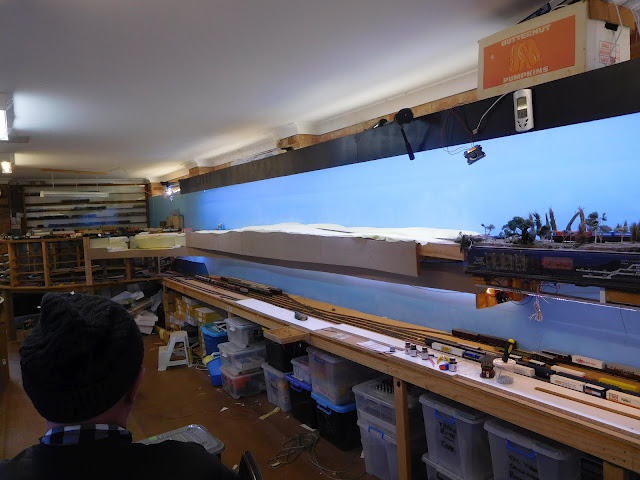 So Graeme was thinking about the branch line scenery. 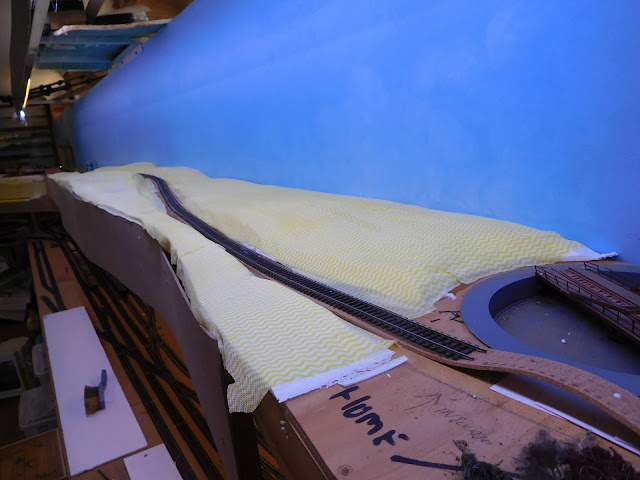 Styrofoam carved with a hot wire is covered with paper towels, and the rail line is moved to allow room for the new lever frame, which will recess into area in front of the turn table. 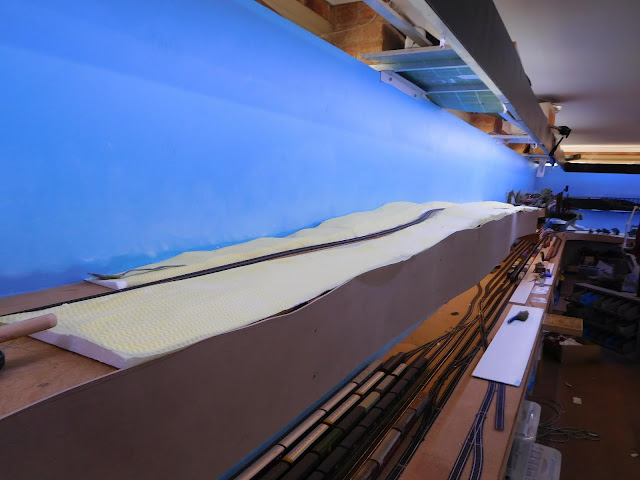 The hills and cutting start to come together. 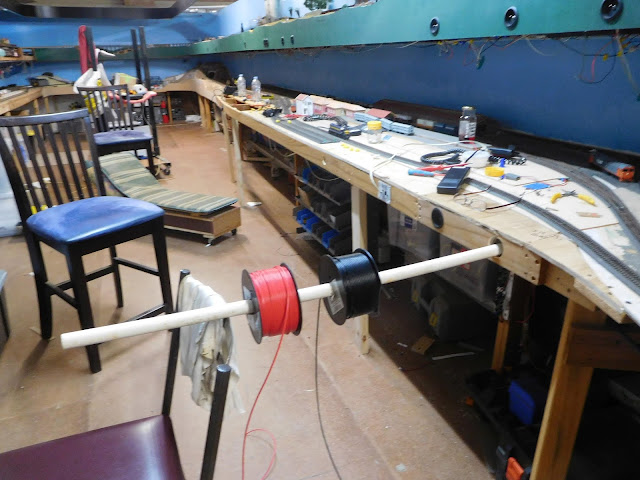 Meanwhile I bit the bullet and attacked the wiring at Wodonga and towards the Wodonga SG loop. 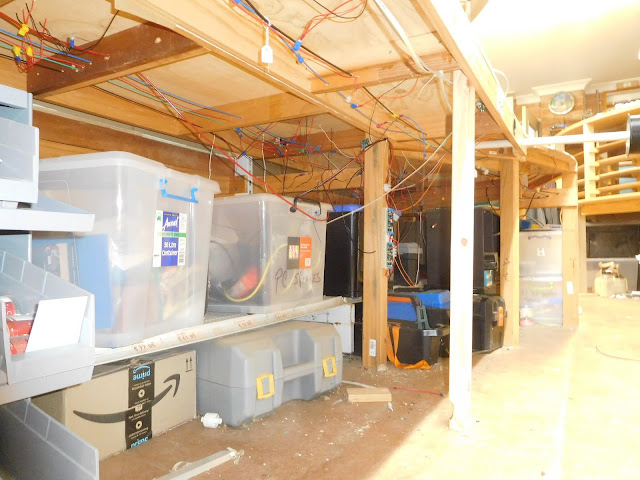 The new plan was to disconnect all the droppers and cut out the bus lines and install new bus feeds. Under here we had a spider web of 6 bus lines serving no real purpose. Now I am installing just two bus lines. One for BG and other for SG. This will allow me to set up a second command station (booster) supplies 8 amps to each system. A third bus will be installed for the Branch Line. Now surely 24 amps is overkill?  However I use a lot of Tam Valley and other DCC gear. We will see. 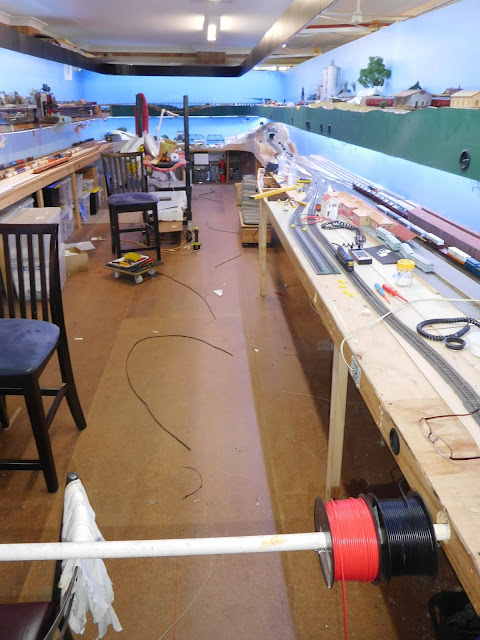 After cutting out the old bus lines, I threaded the first two bus wires into Wodonga and attached the BG droppers to it. 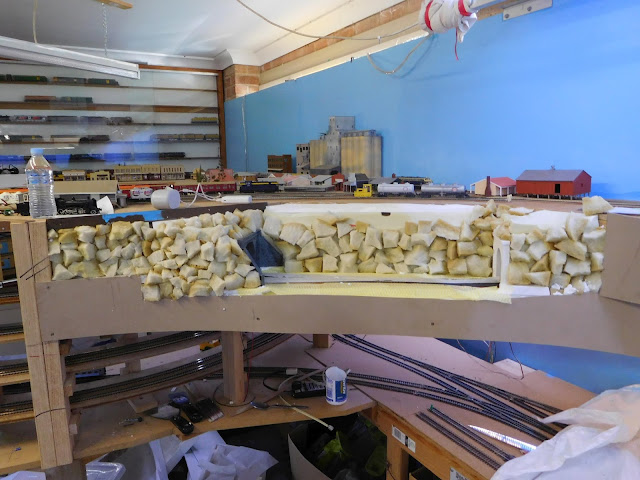 In the meantime, Graeme was hard at work, developing his scenery. This section will be filled with plaster and covered in sculpture mould and then hand formed into a rock wall (I think?) 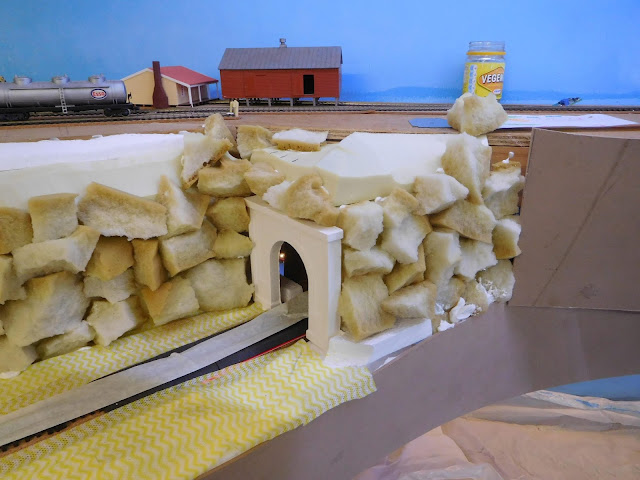 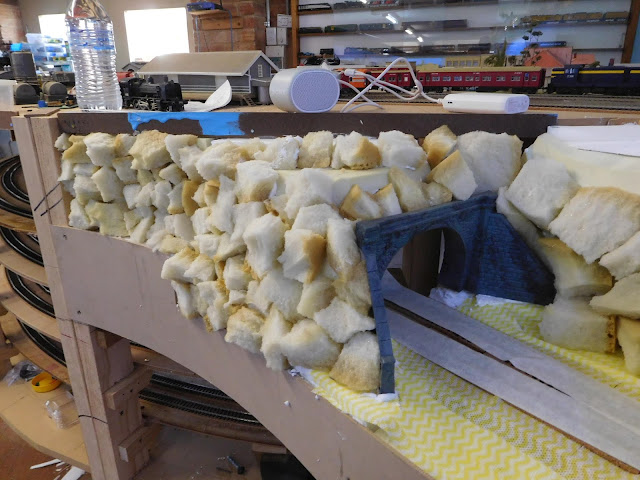 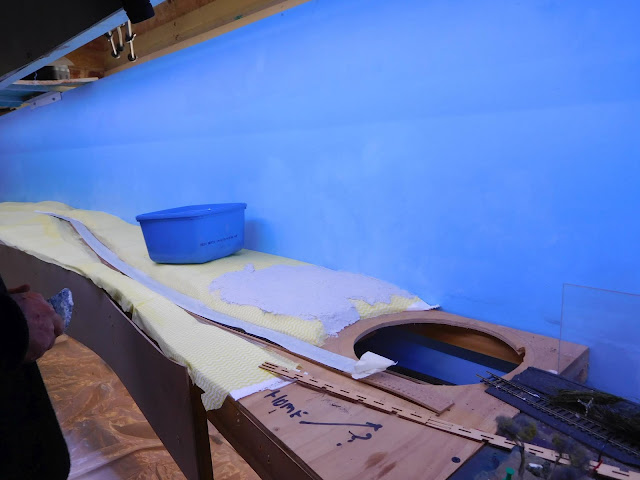 Had to move the rail line in towards the T/T to allow the new lever frame to recess into board and not be as intrusive as the old frame is today. 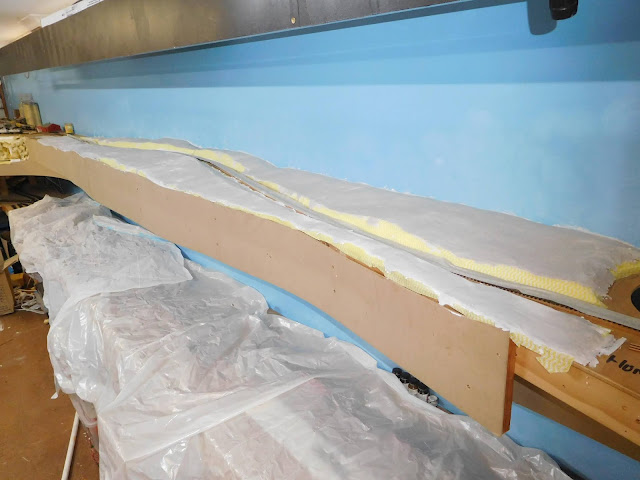 A little further on. 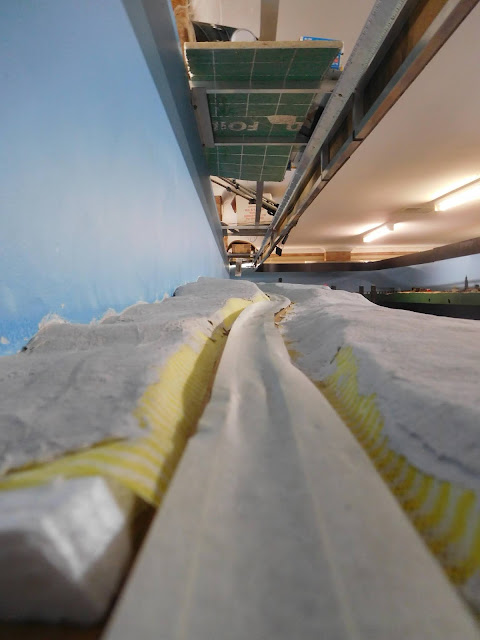 Well still plodding on, and we have seen progress in the last month. Thank goodness.

The wiring is finally starting to move forward, and we are able to run trains once more.