Absolutely nothing much going on in regards to the layout. :(
I have been to the Funeral and a week later back to Melbourne for the Hobsons Bay Special Meeting.
And tomorrow I am off to Gold Coast to visit with my elderly parents. Back on 2 April and then will need get ready for the Hobson's Bay Exhibition at Easter.
In between I visited Steve Munro and got some pictures of his layout. Sure is getting things done.

I did pick up two brass engines over the last few weeks. One was a  repair which was an excellent job, with the engine running better than it ever did.
The other was a new one which will not always run around any sort of curve. Now in its self not an unusual thing, for a hand built brass engine. However I was told the driving wheels were probably held straight by the rods and to check this out I should loosen off the side rods with the tool provided. Silly idea, because now I have locked the engine and get a loud humming each time power is supplied. This is beyond me, so I guess this one will have to go back as well.  I am not worrying about getting it fixed or replaced, however its a pain getting things back to Melbourne all the time.

Some Pictures of Steve's Railway :) I certainly wish mine was going as well.
Cheers
Rod

Compare these pictures with the ones published a few months back 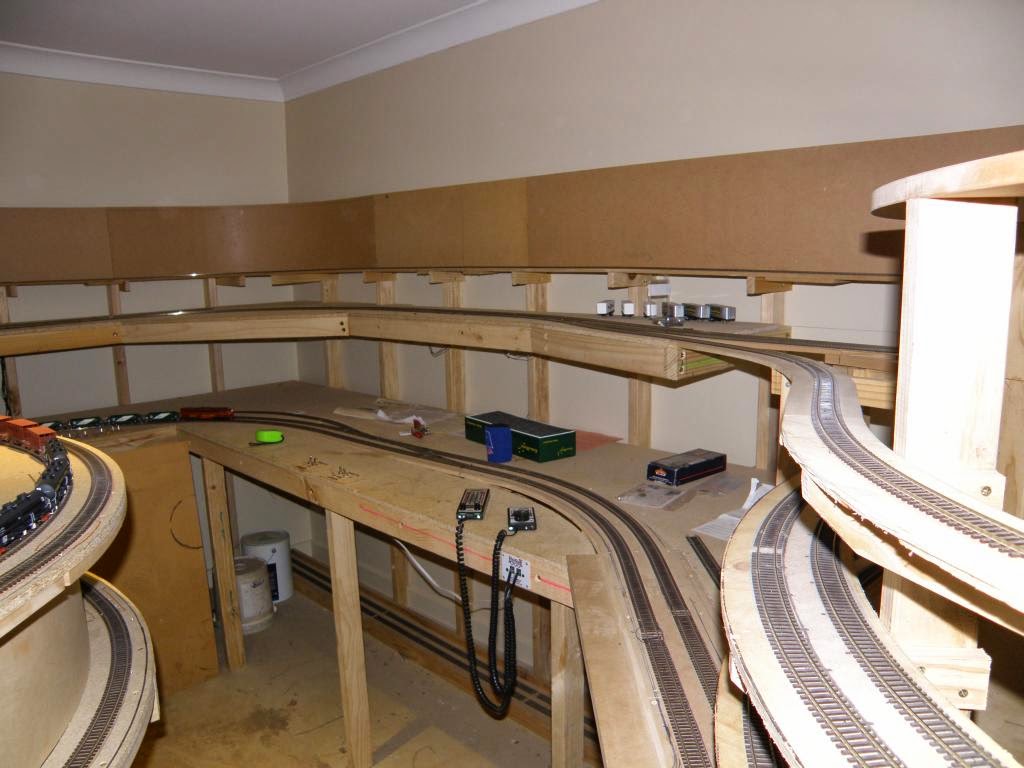 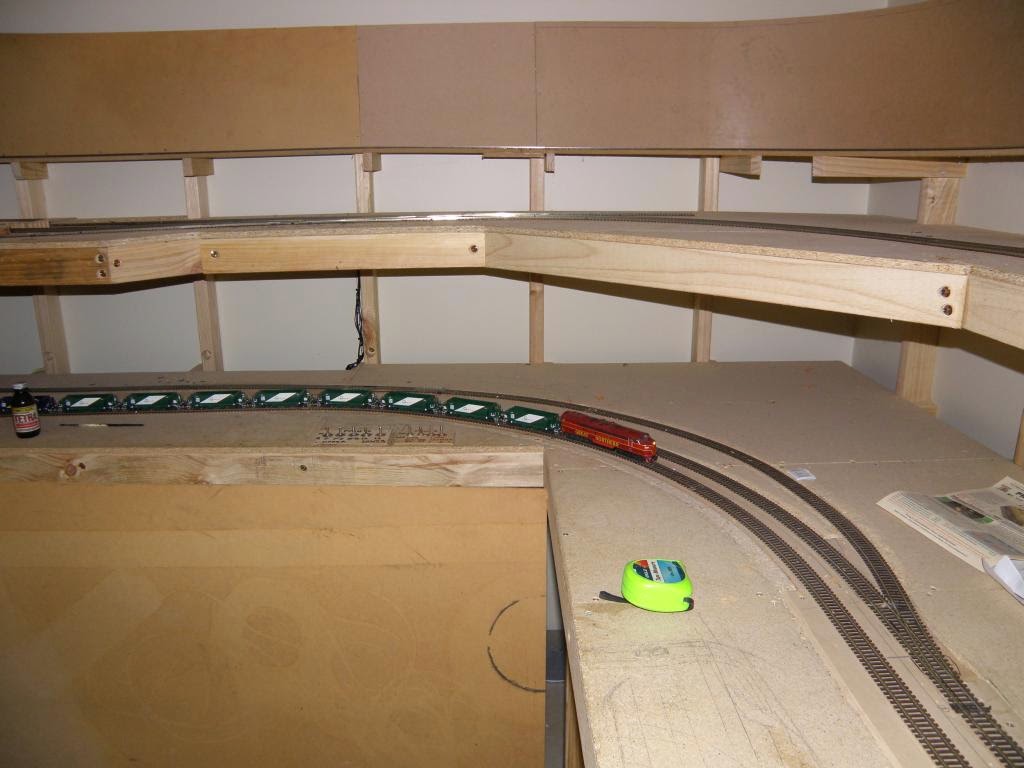 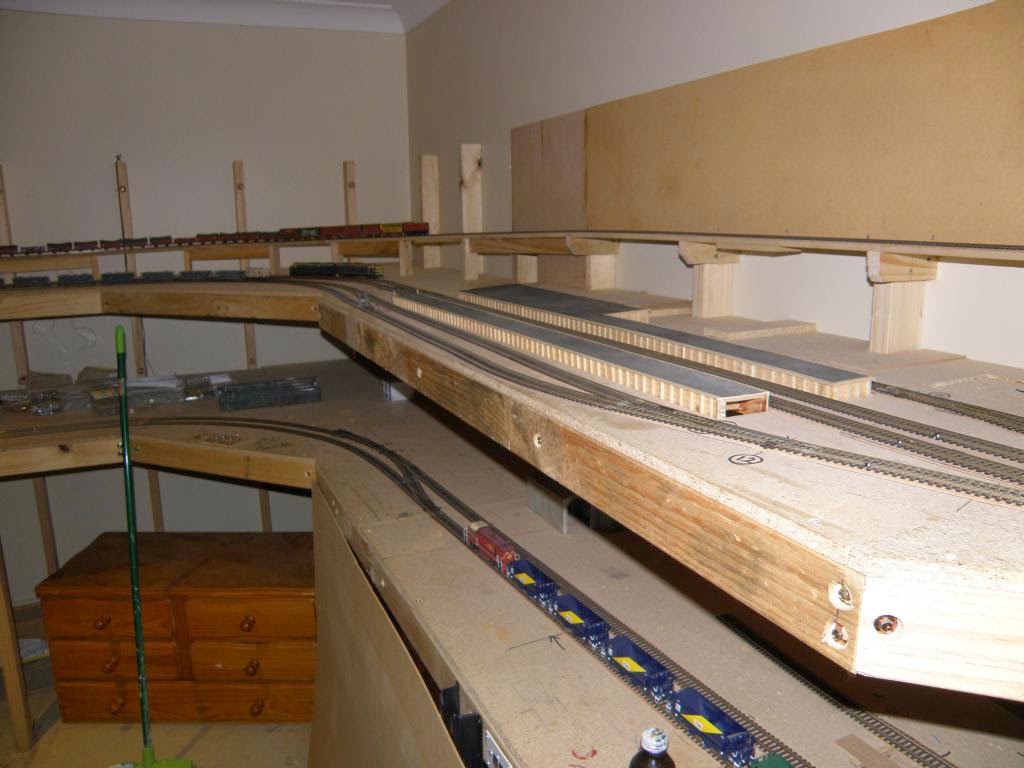 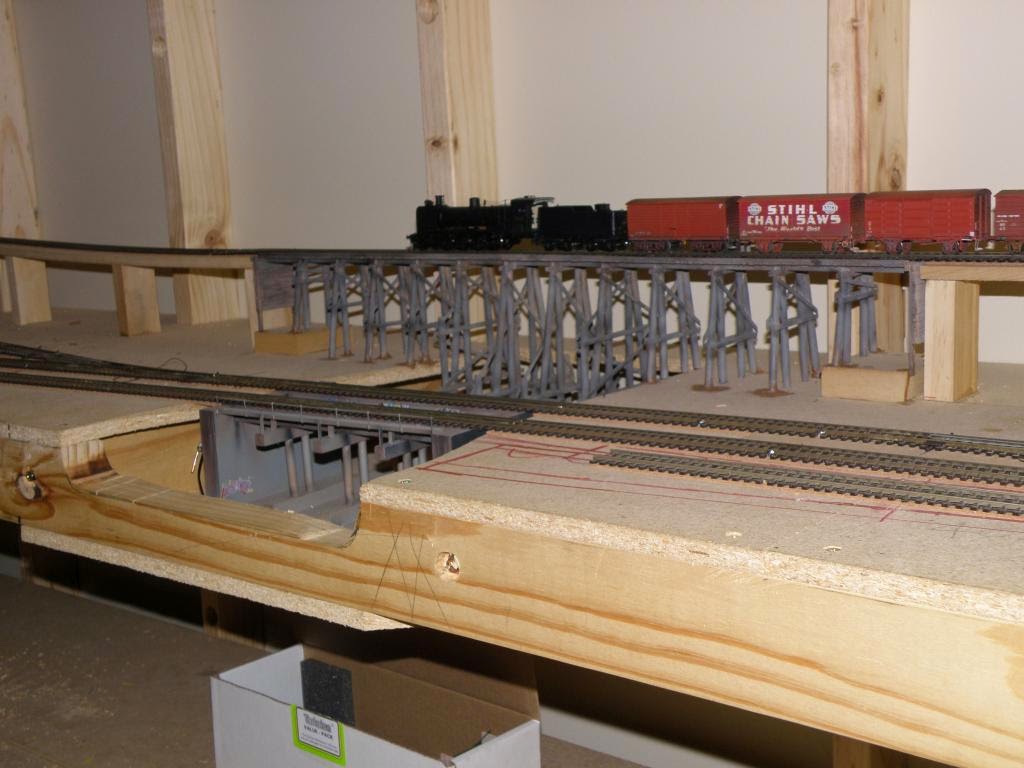 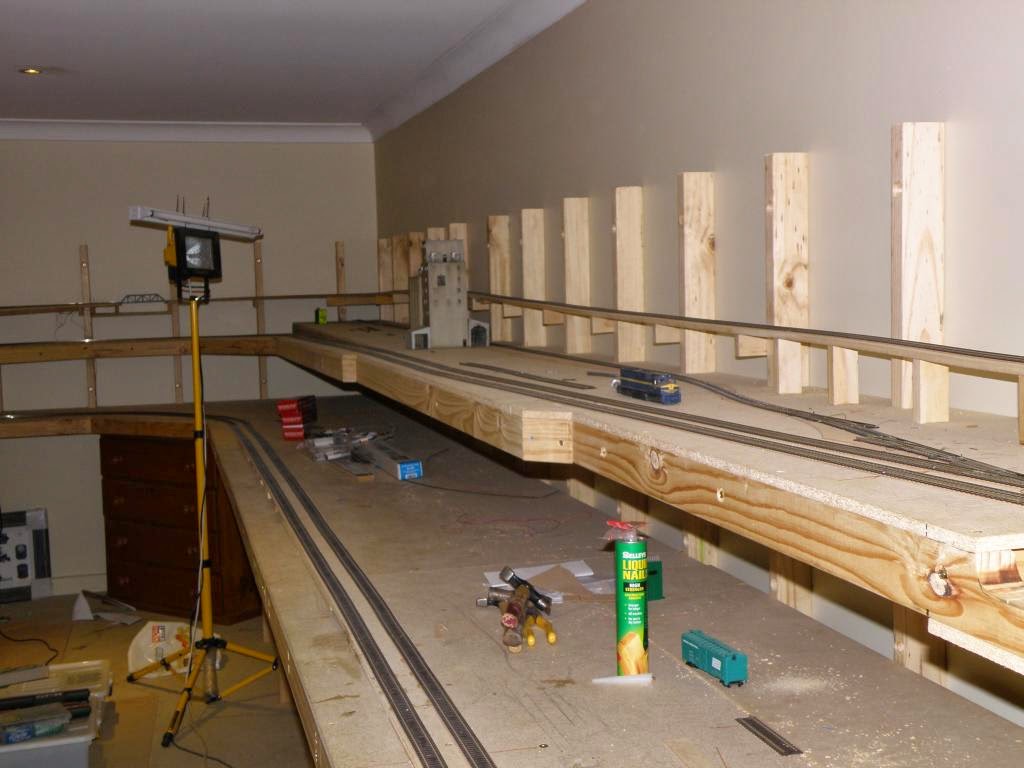 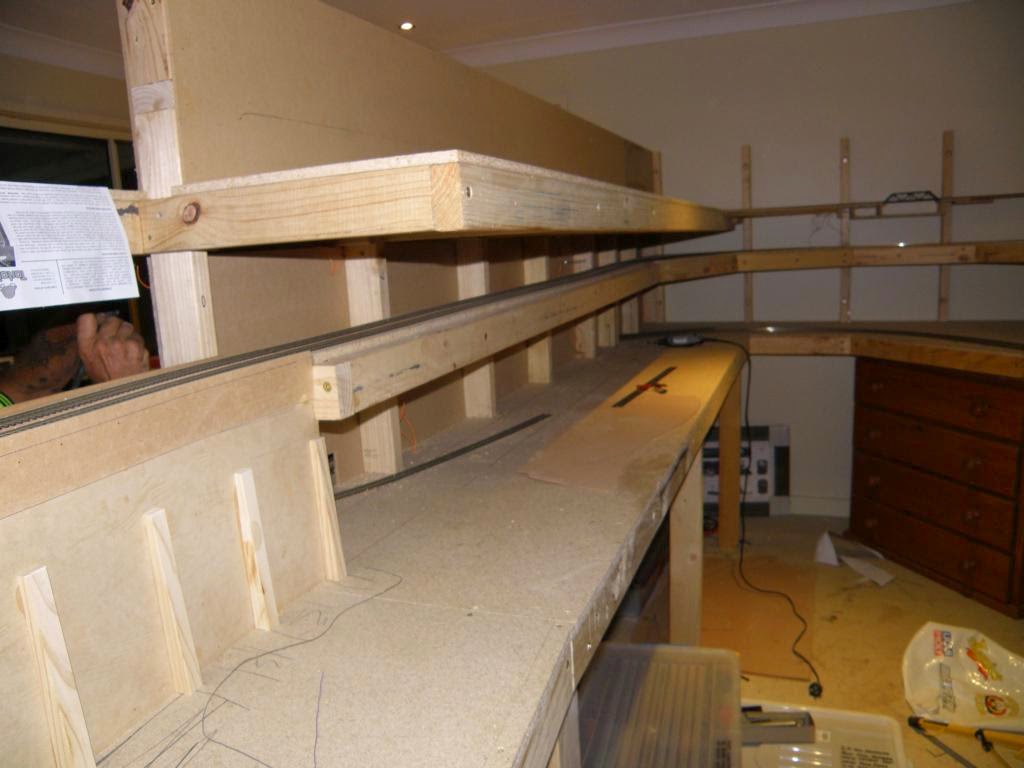 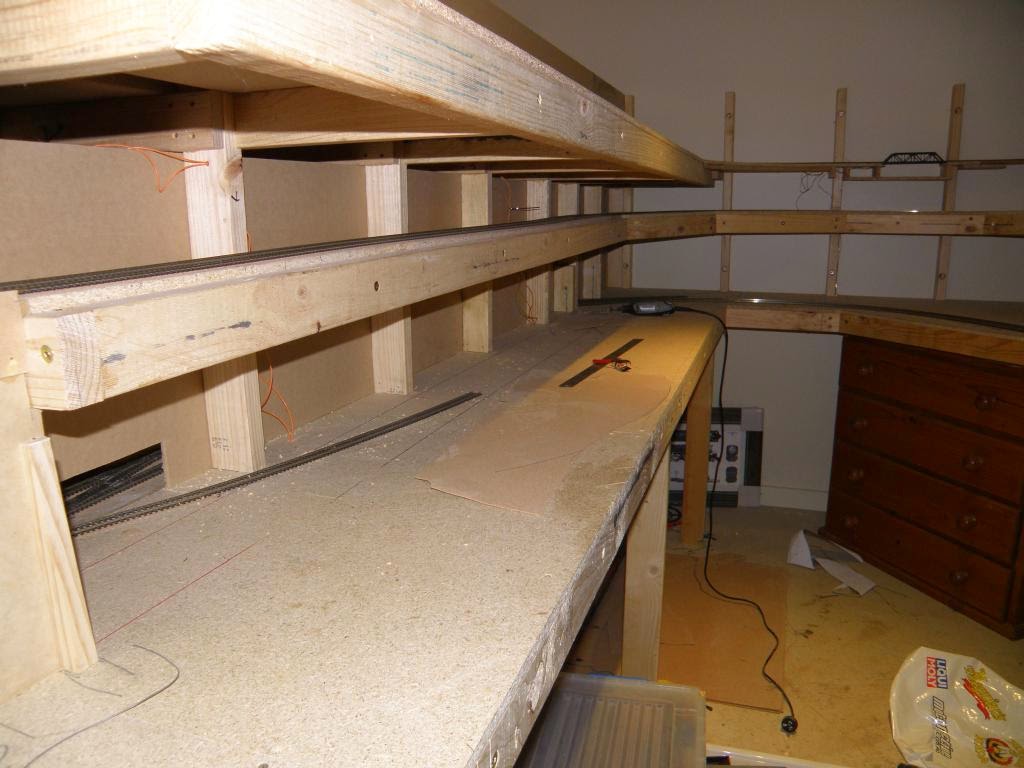 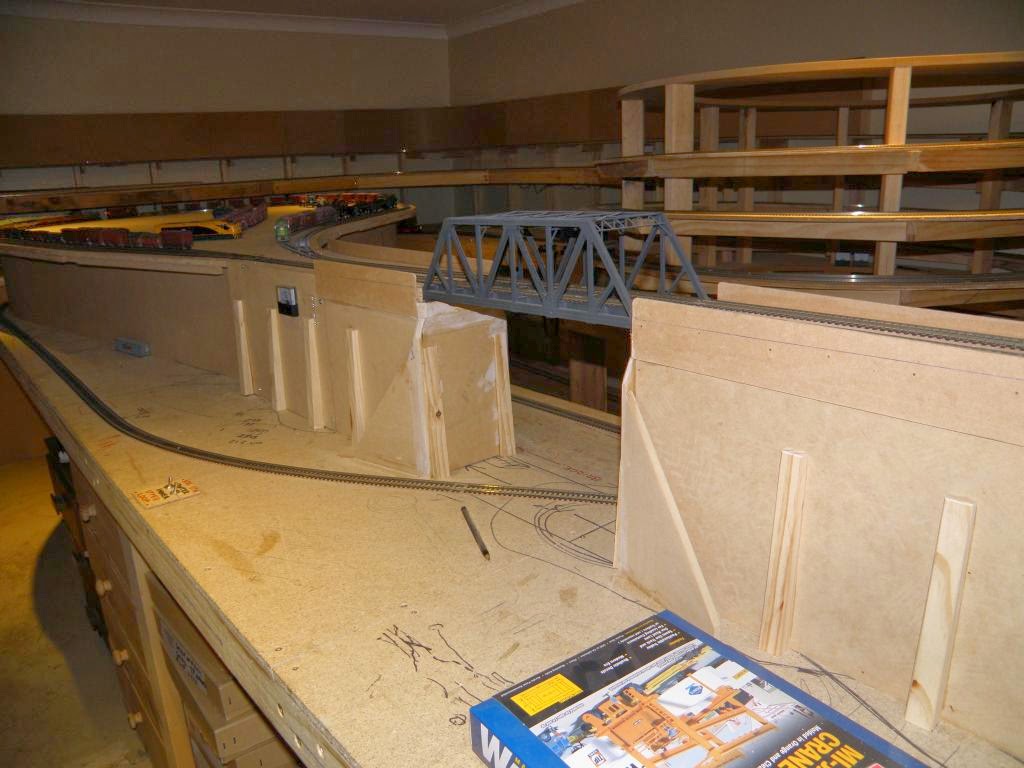 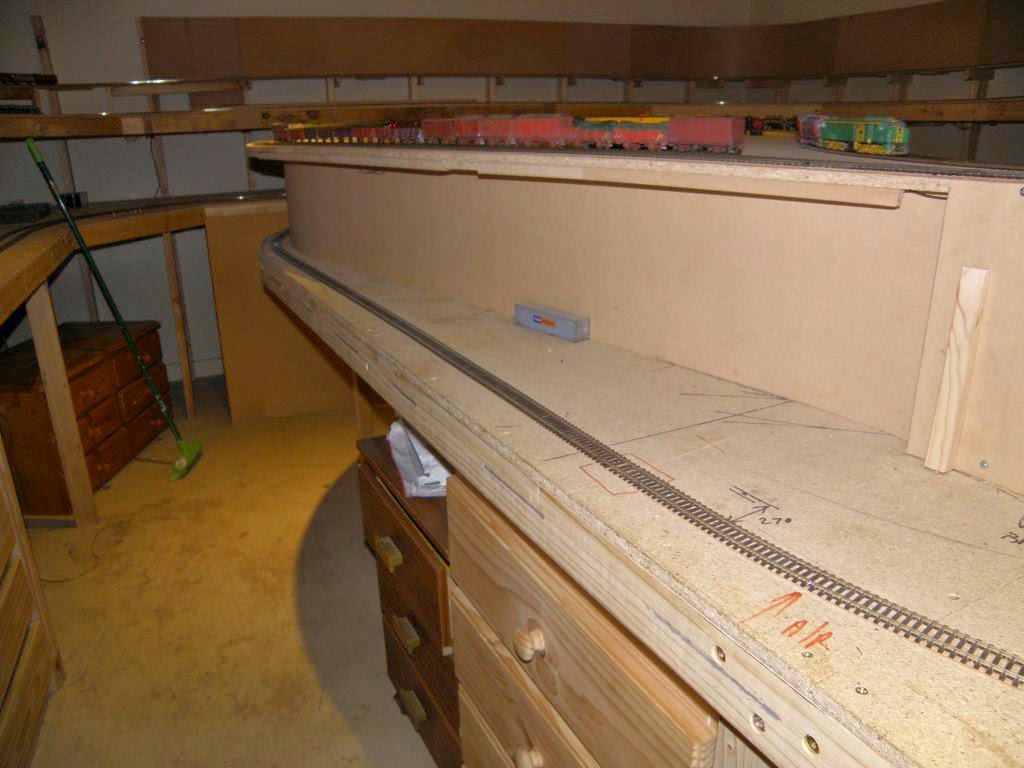 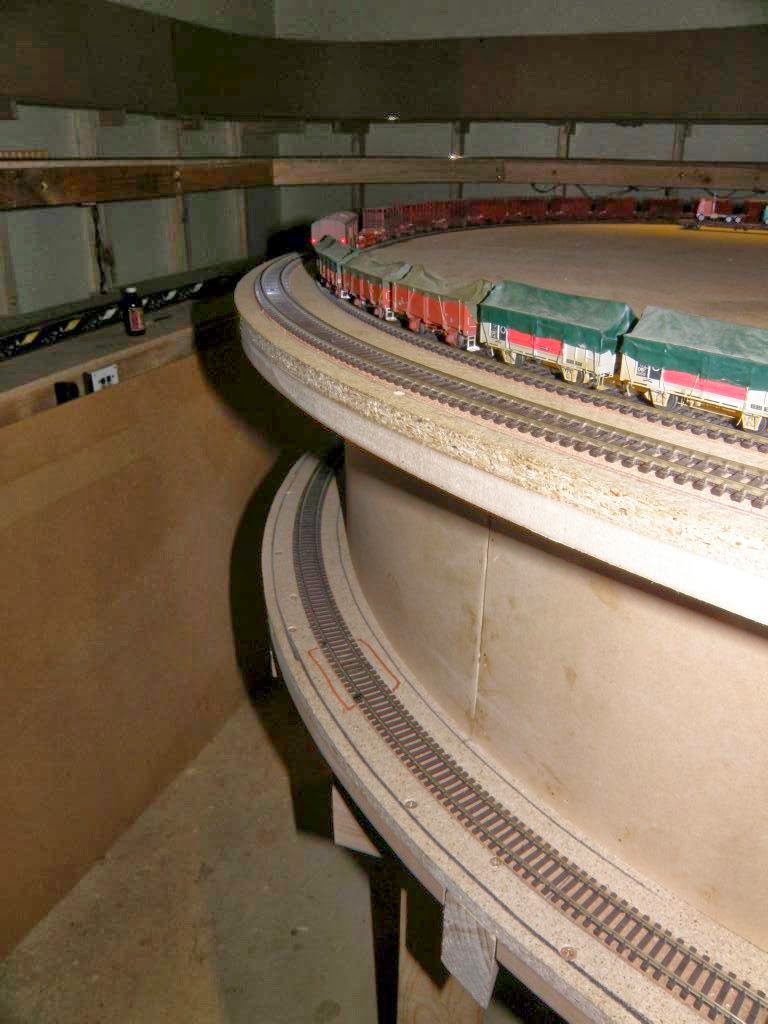 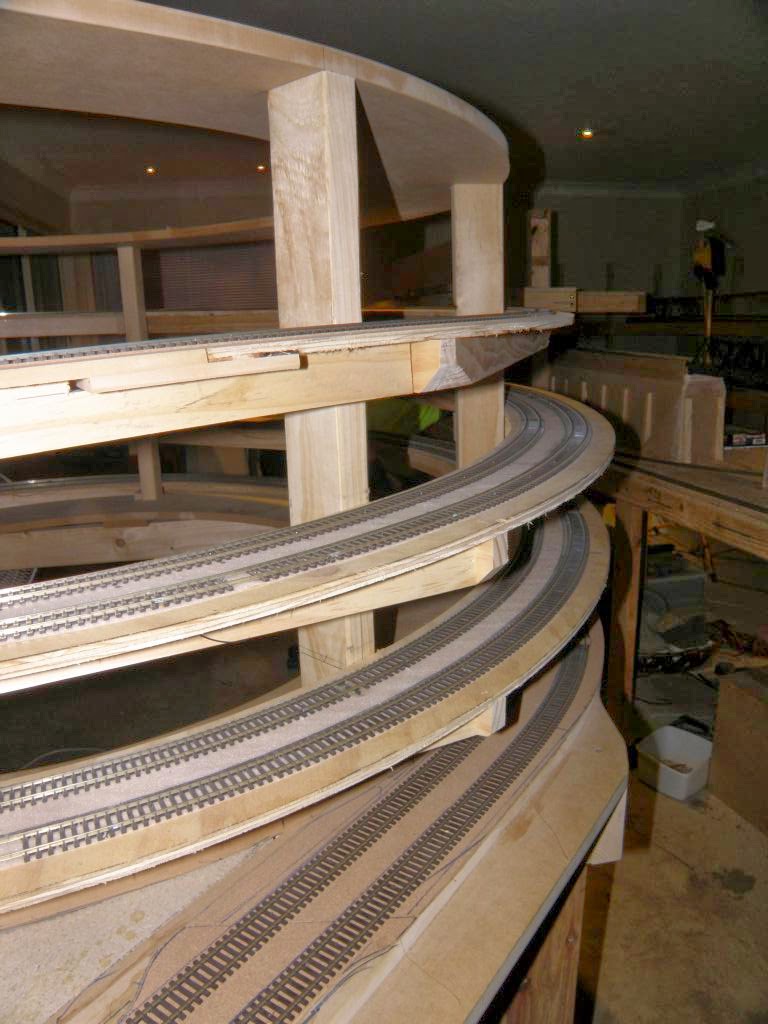 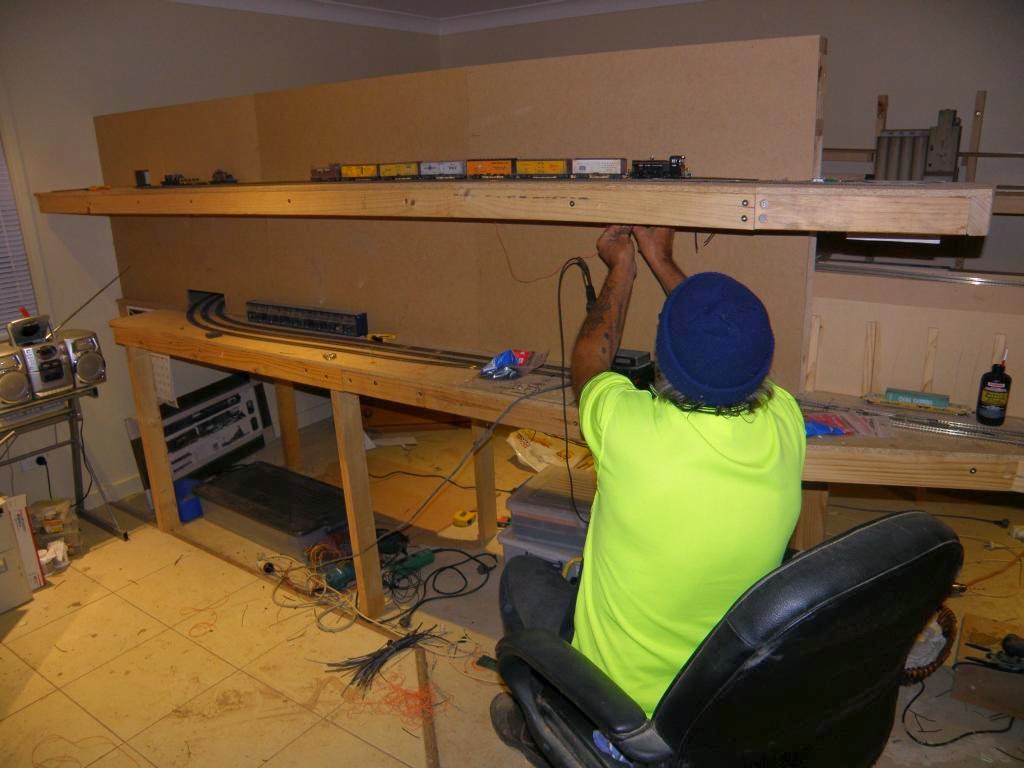 Here Steve is adjusting the wires to the Terminus Station on the Branch line. Trains will arrive here but some vehicles will be taken back through the short tunnel, and be put into Industries on the other side of the back board. See sixth picture above. The Branch climbs the back wall, and at its steepest is 5% I think? Anyway was pleased to see my new brass N Class haul 15 Gy's and a ZL to the top nicely. Now Steve's 4 wheel stock is mostly SEM flat kits with SEM wheels in bearings.
Tip of the day  Steve lightly lubricates the axle bearings with Labelle plastic Compatible oil!! He has no problems thus far with anything. The oil appears to remain in place well and does not seem to be hardening or causing any problems at all. Before the vehicles were cleaned and oiled they would not roll down the helix. Since oiling they all roll down at XPT speeds.. hmm so maybe a problem might develop if you were using Chinese couplings, Steve uses genuine KD's ;) 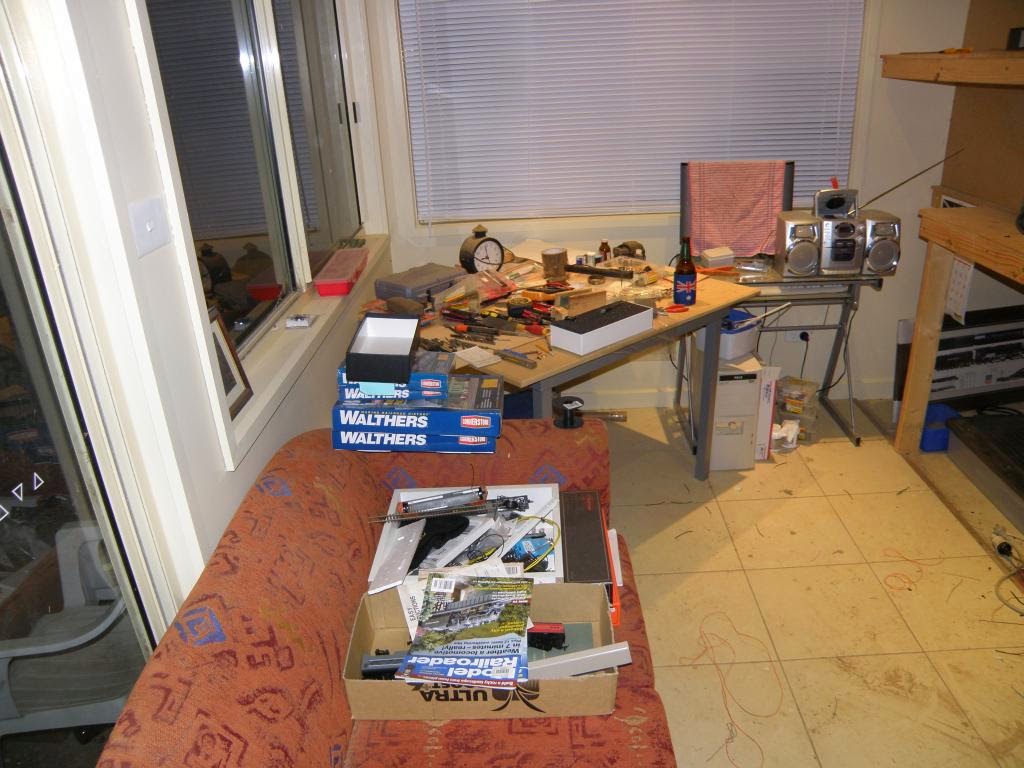 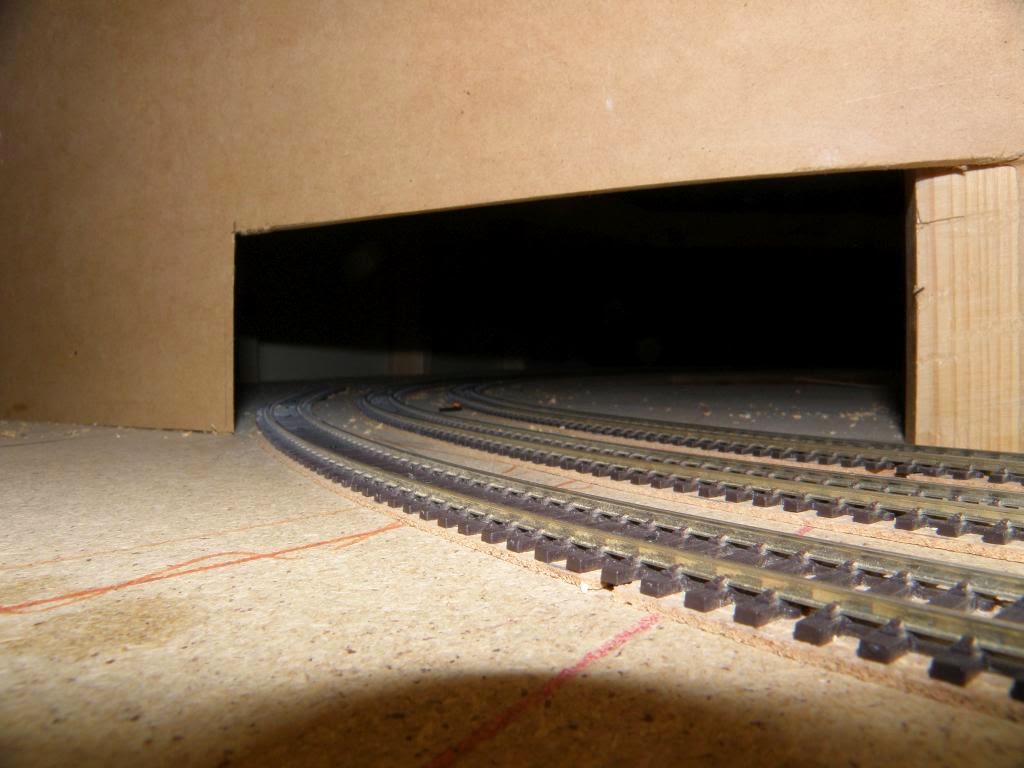 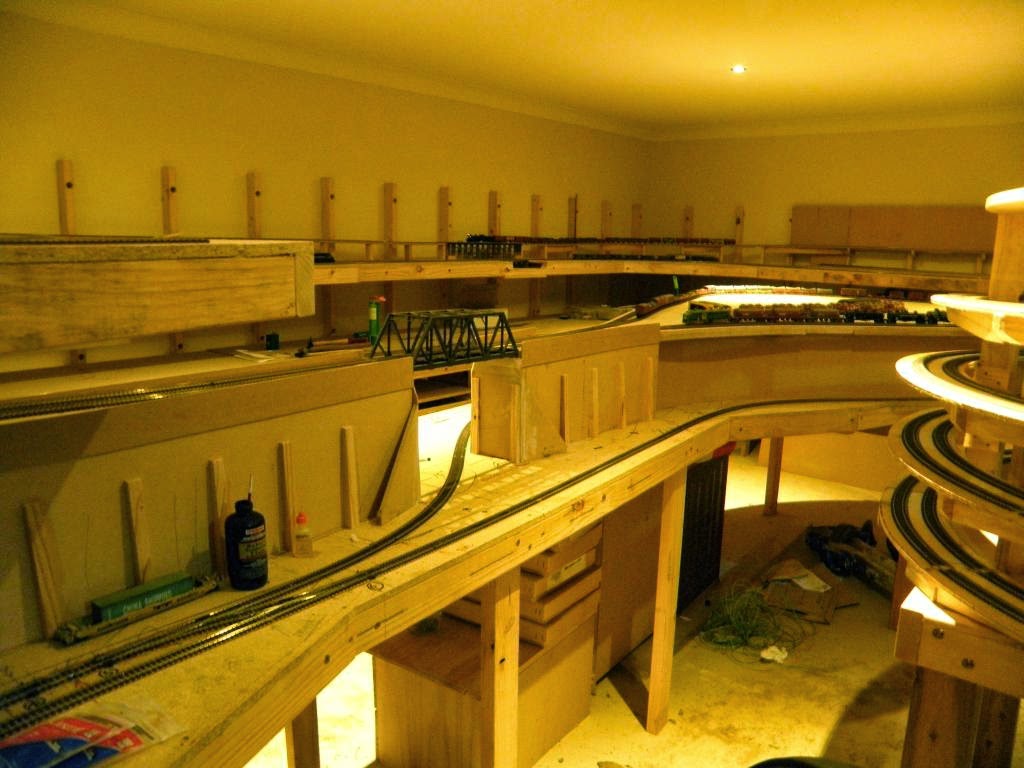