But fortunately, one of the Railways suppliers delivered a long standing order :)
Our passengers are going to be much impressed! 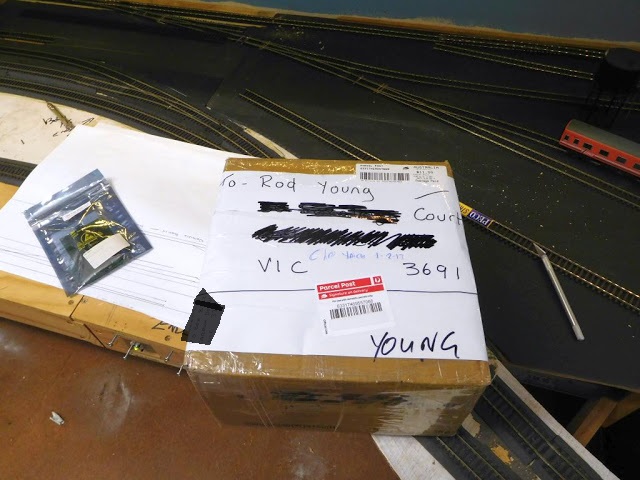 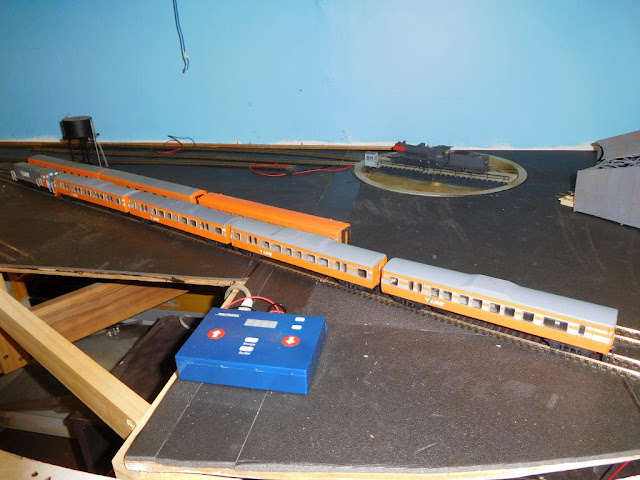 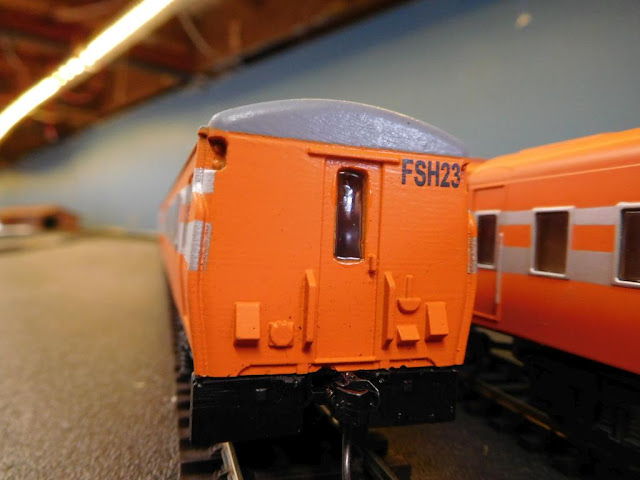 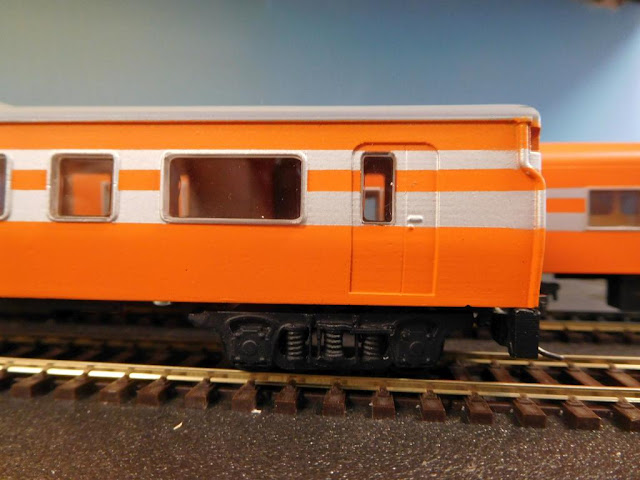 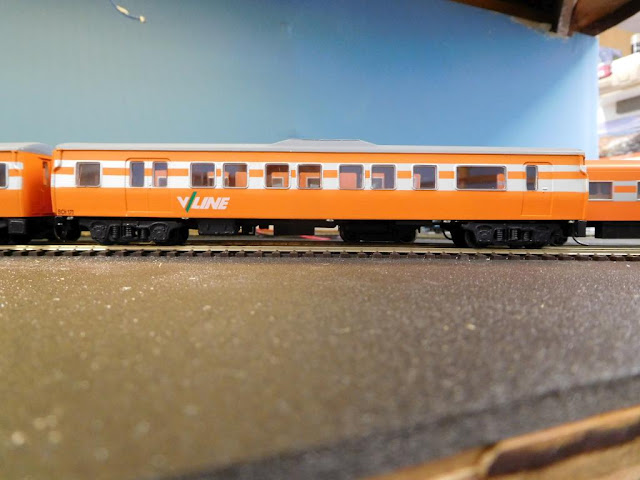 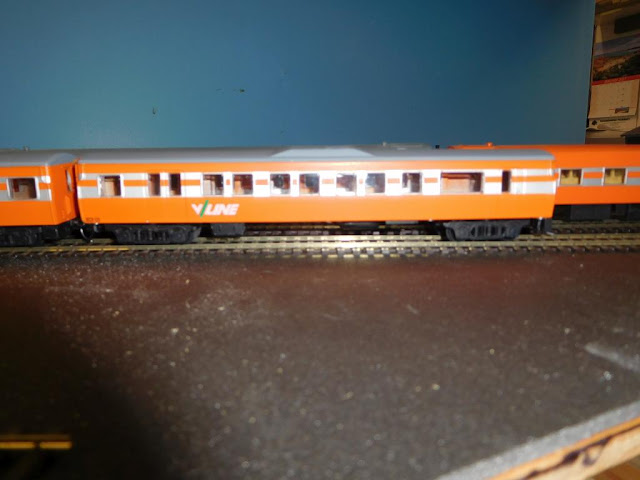 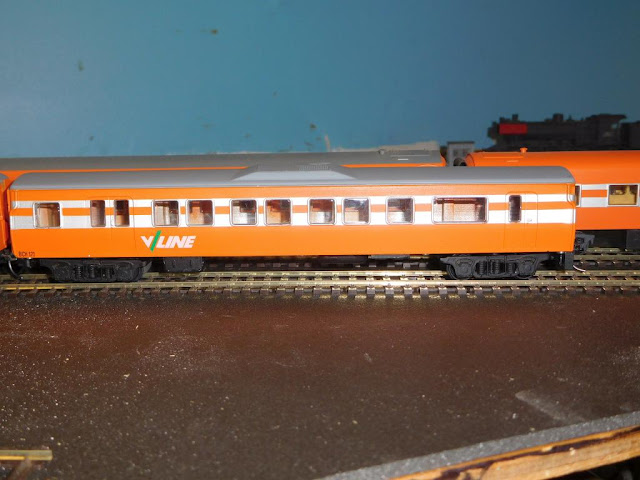 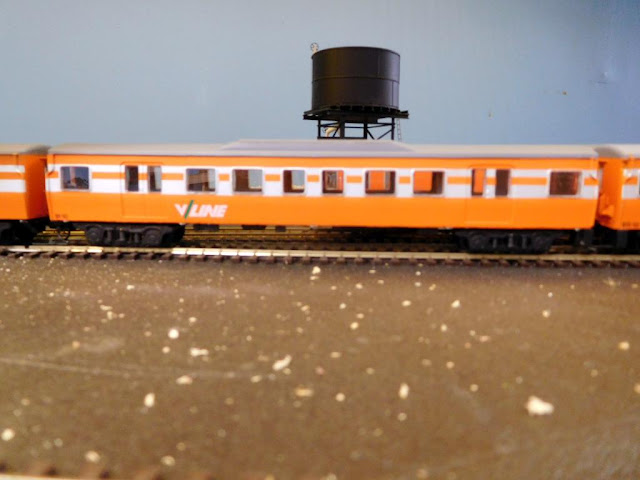 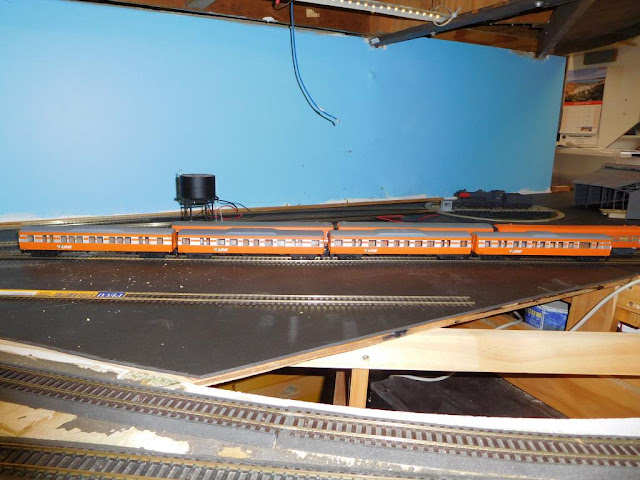 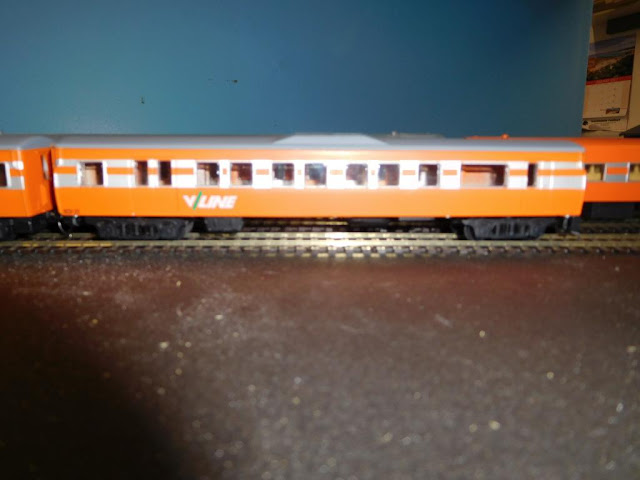 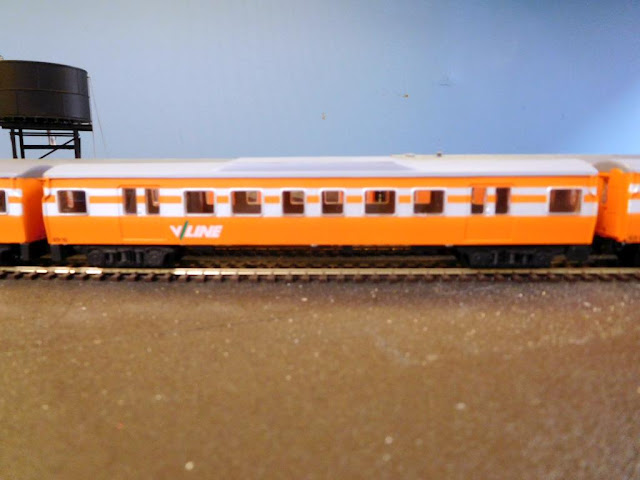 Going to have to do something about the way this camera operates. Its not a cheap one! However flash is too vicios and without flash the auto focus jumps one position and blurs as I press the button. In focus out of focus taking picture and back in focus directly after??? why?? The fully focus ones are in macro.
Cheers
Rod
Posted by comtrain at 10:45:00 pm No comments:

2017_01_31  Pretty hot, for a week in the shed, so went searching for a reason and found the top was missing off my water cooler air conditioning plant.  29C without and 22 C today with it securely screwed back down. Thank goodness for that.

So apart from some small jobs in wiring department, I did manage to play around with my computer and try and get Decoder Pro working on it.
As well I stripped down my two new Alco 48's (830) and started to fit sound inside them. 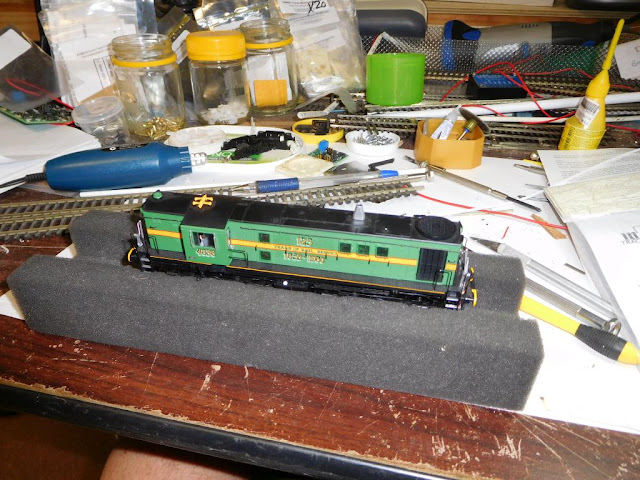 A spontaneous purchase ;)  At Liverpool last year . I bought this one and another SAR 830. They dropped the price to $180 each, almost half would the opposition will charge, by the time theirs make it to market. The wow decoders were $145. A lot cheaper than loksound. If I can get the whistle right, will be very pleased.

Quick search of the internet to find out the pitfalls and problems. Google was not my friend. However DCC downunder and  Main North DCC did help a lot.

This time I did read parts of the WOW installation leaflet, but missed the best bit...DUH!! 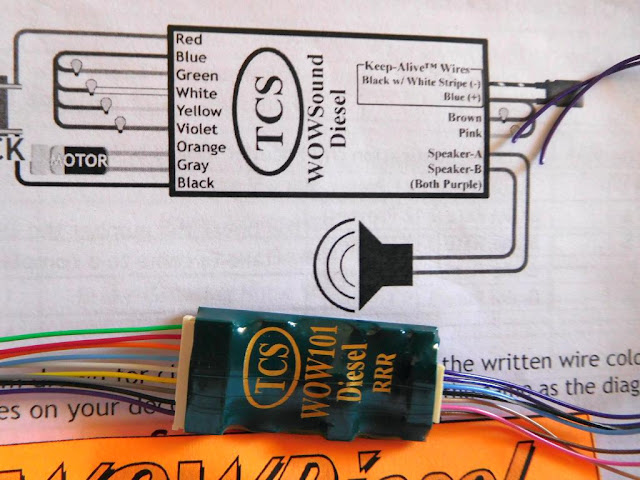 Underneath the decoder you can almost read that the diagram is but a guide. ignore positioning of wires, use colours and descriptions when wiring up.
By the way this is the largest decoder that will fit the long end hood. But you do need to hard wire it. 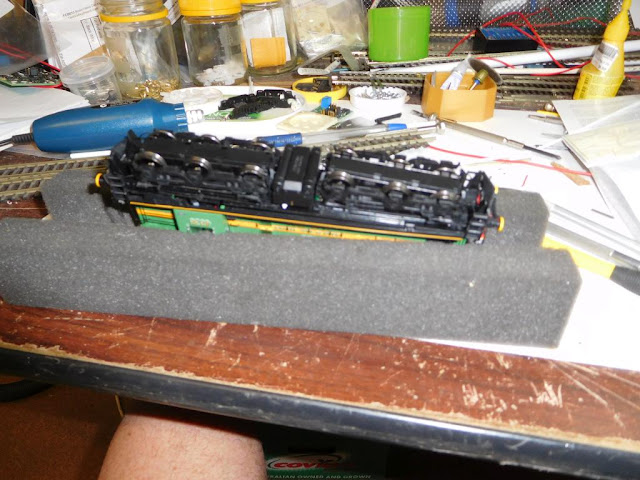 Ok here we are ready to start.
I removed the couplers as per the directions, however the body was firmly stuck on. So not wishing to break it, I searched internet to no avail.
(Later my friend Gerry Hopkins Mmr told me that he does it this way....
Rod, remove the coupler box as shown - then use two tooth picks between the frame and the back of the buffer on each side - the frame will move from the body - just a little. Do the same at the other end and the body lifts off. Next remove the fitted speaker and see how far you can throw it!)

But I came up with another equally as good solution, by examining the model and finding out a few problems on the way. 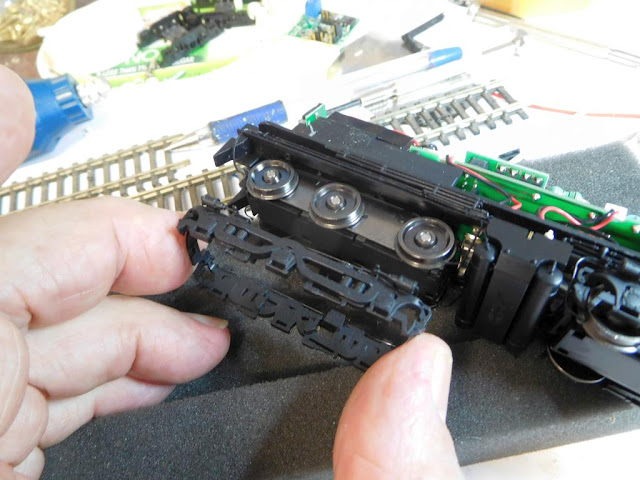 First one being the bogie side frames. These are very loosely attached, and you can knock them loose just re railing the Loco. They easily go back on, just remember to use a small screw driver, or back side of a scalpel, to pull the sanding pipes out from under the side frame when you clip them back on.

.Now how did I get the body off? Not so hard actually, my  viewing of the model showed me a way to release the body in the coupler pocket area. 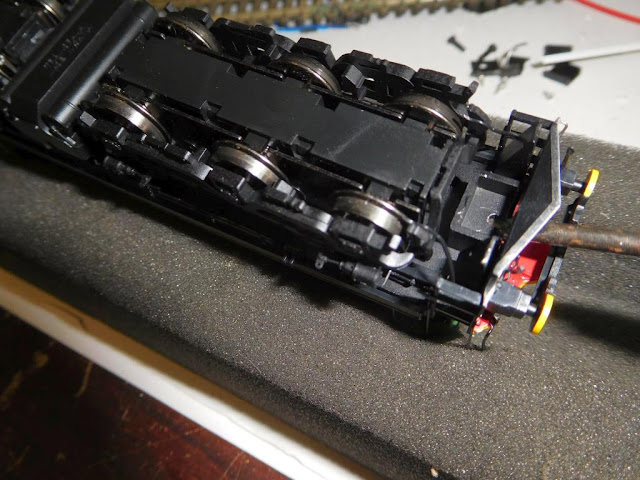 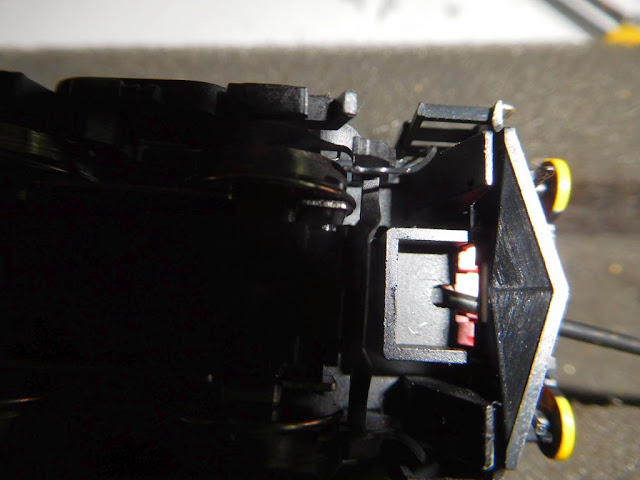 A small flat blade through the cow catcher and into the screw hole was enough t edge the body up cleanly, if you did a bit each end and provided you had removed the coupler chain. 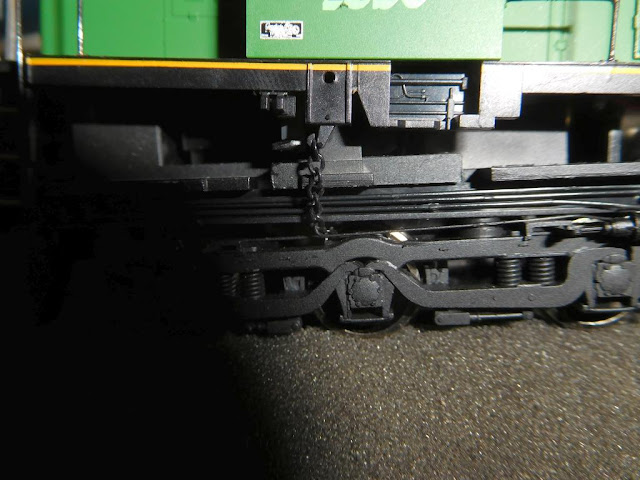 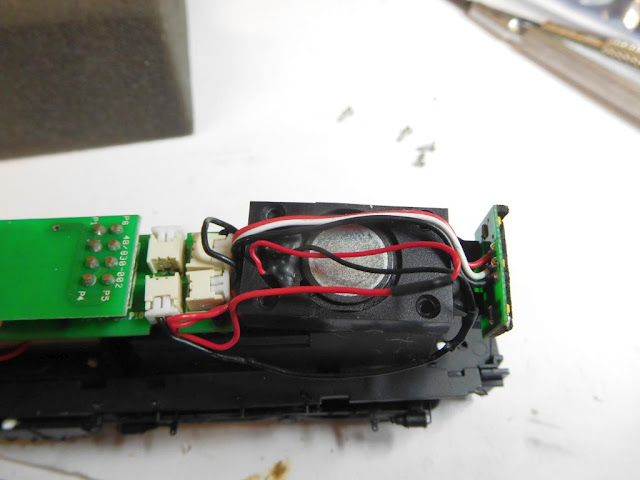 As Gerry said...horrible speaker, but before you chuck it, use a razor saw and cut away the lighting board support after noting exactly where it sat on the speaker box. 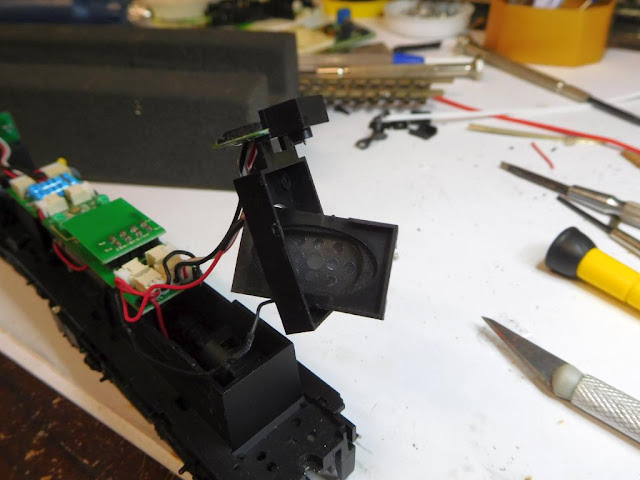 Removed the speaker and cut wires 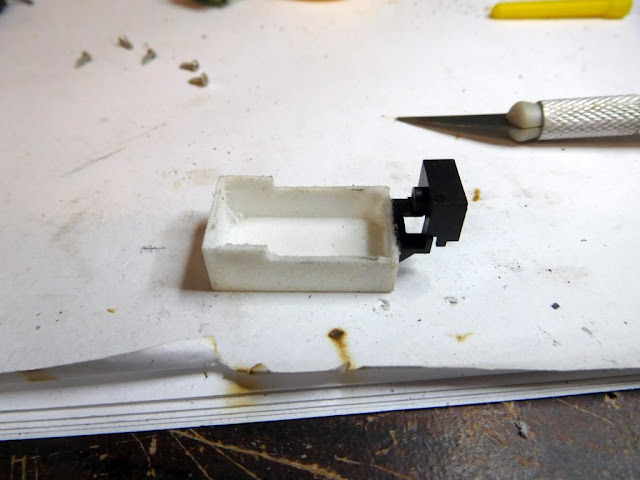 Then I cut down the 14 x 25 WoW 2 watt speaker box, to fit exactly where the original box sat.
I had to carve out the inside of the box, as each corner has a speaker support to stop speaker from falling in. I thought I needed to cut more of the box away, however the wow speaker was already almost sitting on the bottom, and I did not want to make it rattle. If my calculations were correct, the body would fit on, as long as I did not bunch up the wires over the top of them. (I lined them up side by side and that was ok) 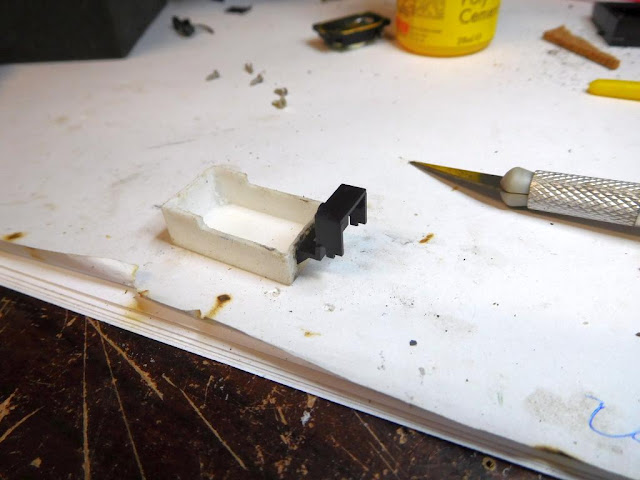 Having marked the position of the lighting board, I attached it with  the glue in the yellow hornby bottle. Not sure what it is, but it sticks everything with a 2 minute built in delay.
Reinforced it with a bit of scrap square plastic. 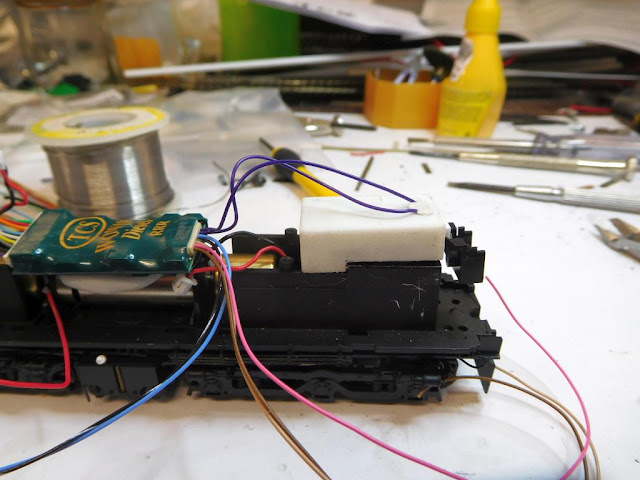 Glued box in place as well as speaker in box. Speaker wires out the top
Then simply taped the wires side by side over the top of the box, as I connected all the wiring up.
Test running it, I found headlights were reversed, so apparently the short end is not the front. Easy job to flick the yellow and white wires across

ok so lets give it an (almost) static test run.

So almost finished. Using notch up and down to create noise and throttle position 1 to move it just a little :) Now don't you just love this thing :D