Have a look at this one :)   Thanks Jim for sharing

As to my Railway, I guess I will never reach this stage, but then neither could this Russian, without his money :)
Cheers
Rod
Posted by comtrain at 11:44:00 am No comments:


Well again it was time to step back from current frustrations.  So I found I had 58 unfinished projects on a temporary work bench. Actually the front of the Coal siding yards. I decided to start on these projects and take a break from points and track laying, particularly point motors :)

Projects were mostly sound units not completed (remember the FA G Class (not going there yet though) I found a BLI track mobile that had stopped, and fixed that.
I restarted other projects, only to find I did not know where the parts I bought were stored, so I
went through the place and located most of my supplies, and eventually was able to get 6 models on to the tracks in service.

Yesterday 10 BP tanks arrived from Southern Models, and I am pleased with them. Unfortunately I am suffering a lot of derailments, and they are random vehicles at random places. The gauge appears ok, and they are code 100 so I cant blame code 88, can I? 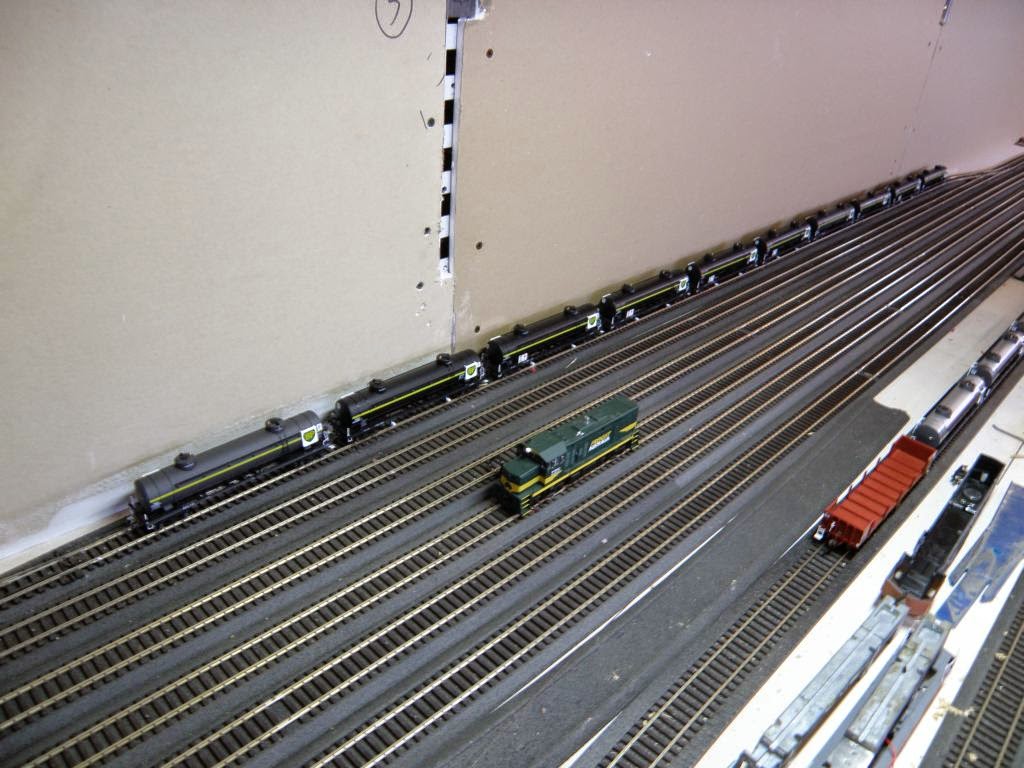 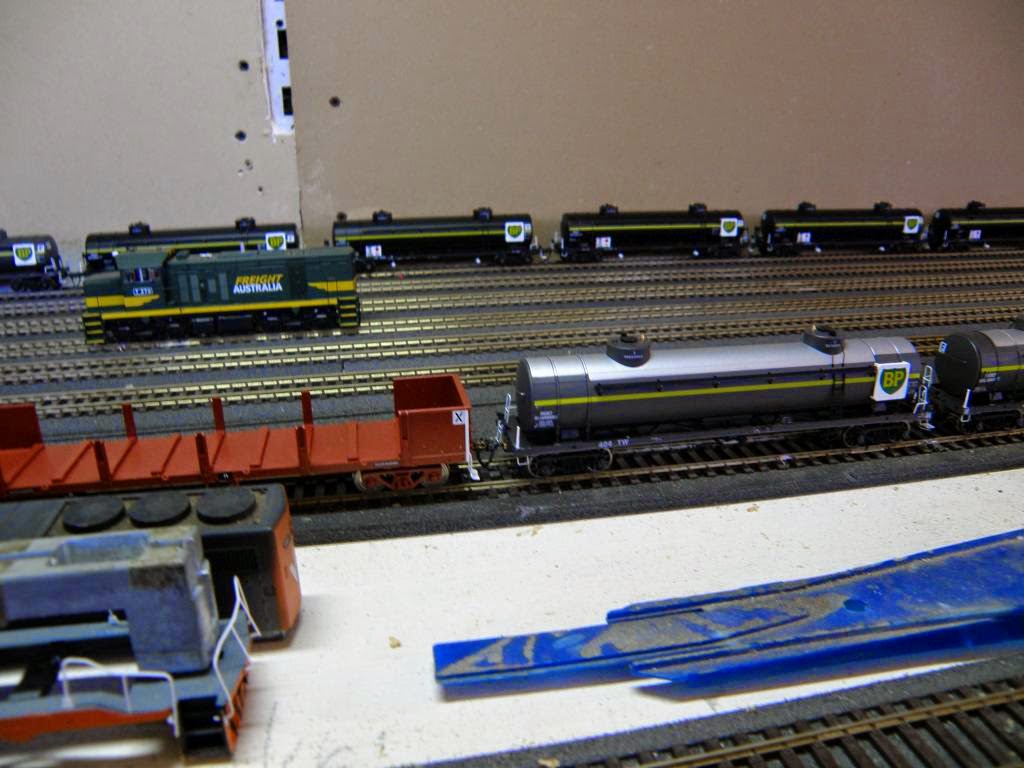 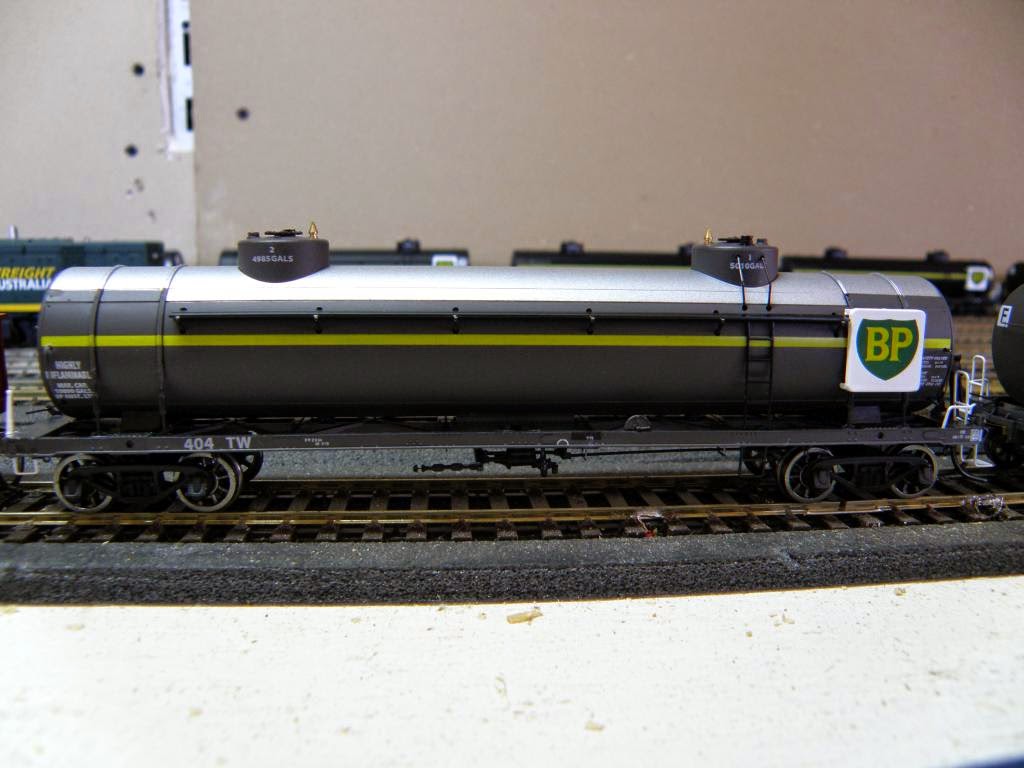 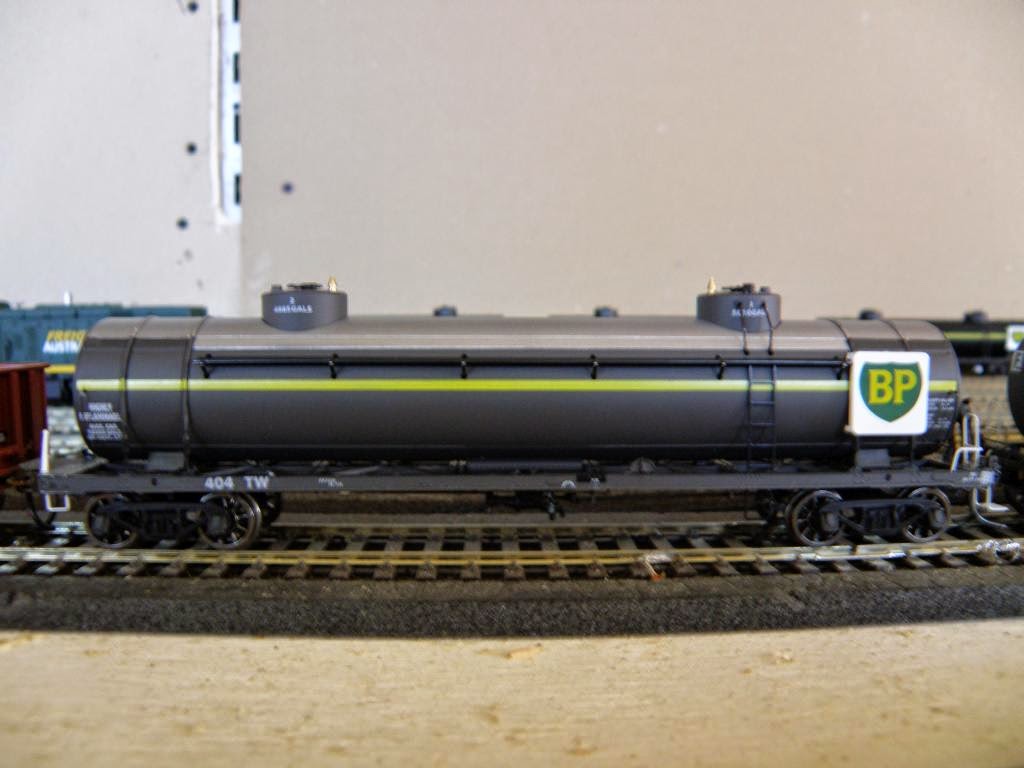 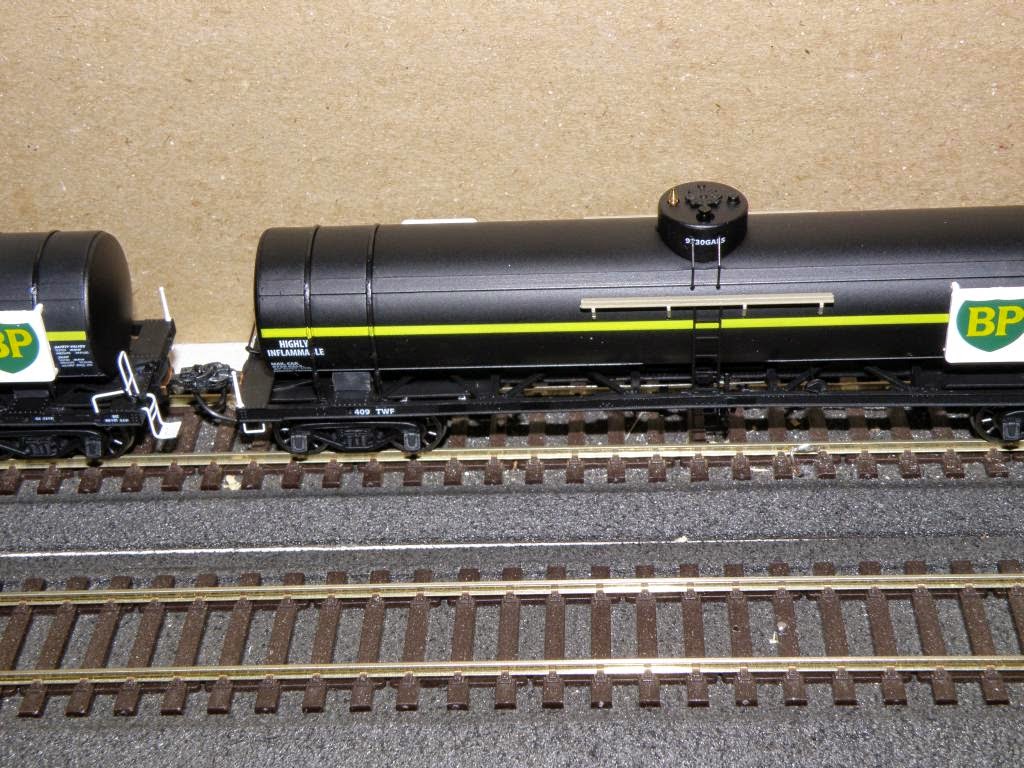 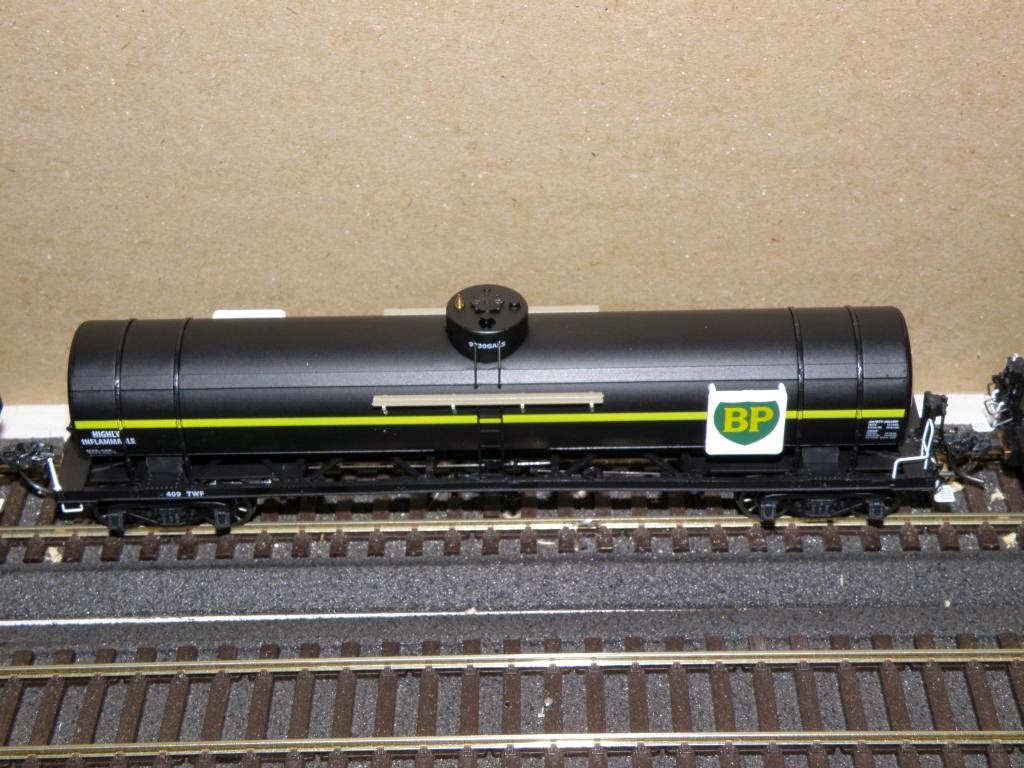 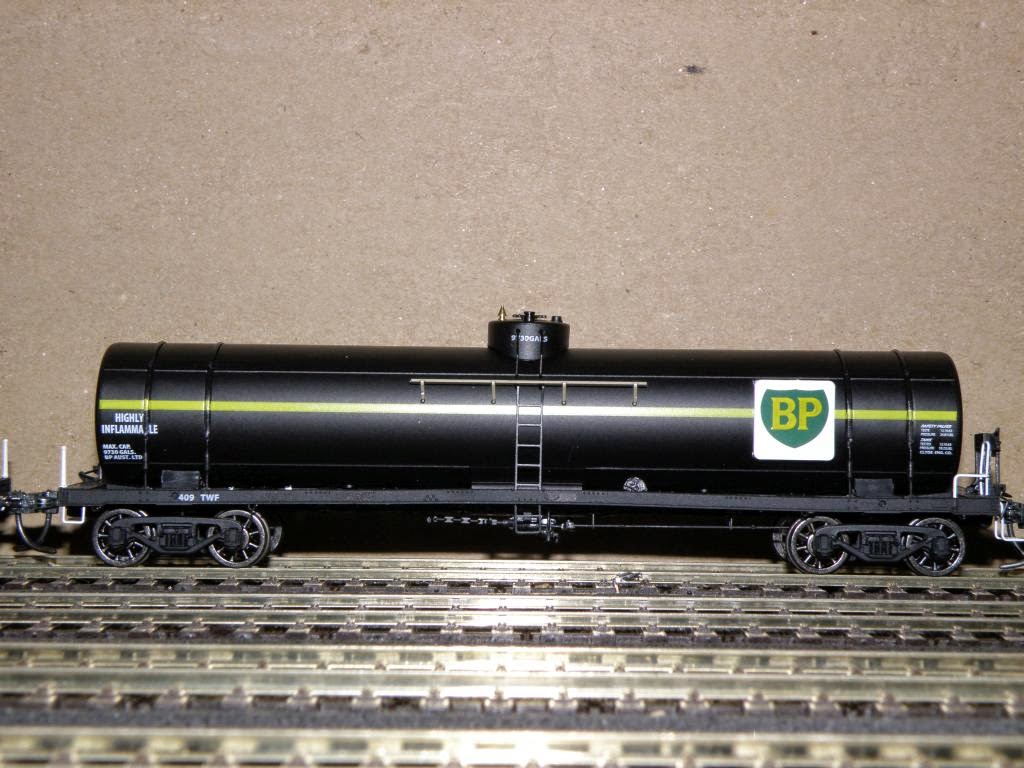 I don't know that a better camera will help me, I think my eyes are failing faster than I thought :(
Cheers
Rod
Posted by comtrain at 11:11:00 am No comments: