The first sortie at 1030 am was delayed by bulging in the landscape which was to be suspected. 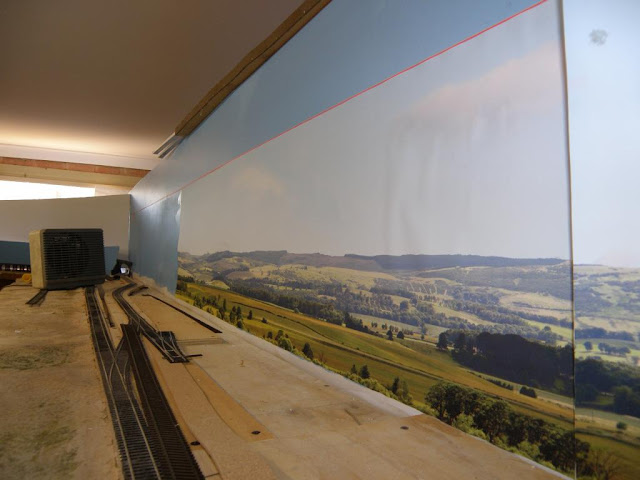 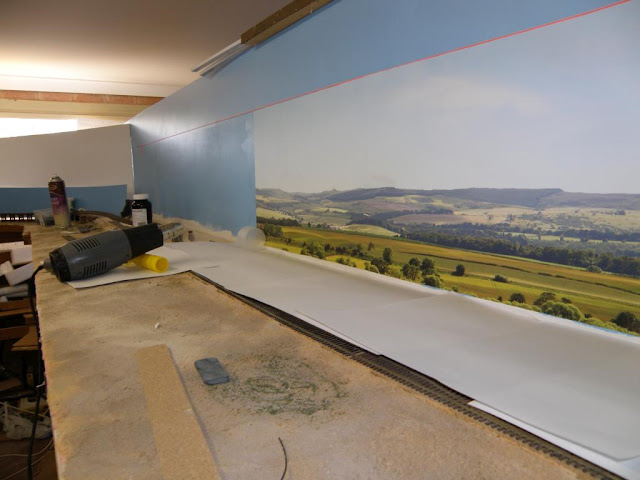 The hand held heat gun was used to counter spot incursions and the 200 watt heated artillery was brought to bear to soften things up. 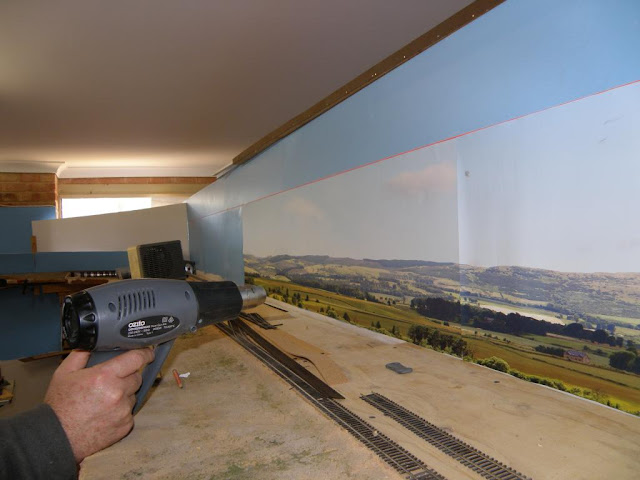 And wasnt too long before the countryside was pacified and the battle of the bulge was called a Victory.  The troops mopped up and fixed the edges back down using Elmer once again. The heat gun sorted out a few local problems along the way. 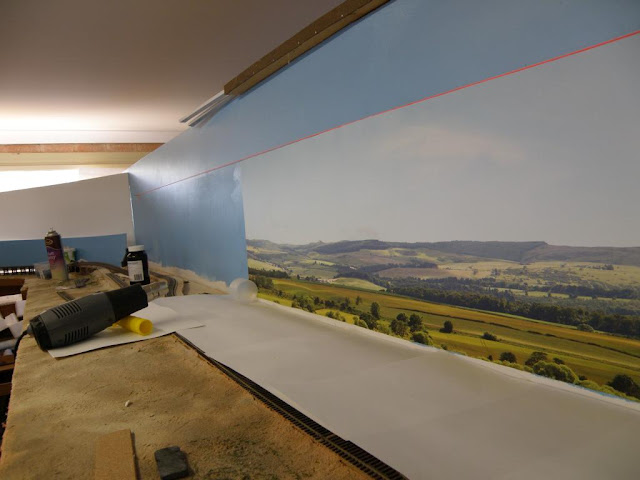 Unfortunately the camera was not used to record the pacification treatment, when we sprayed the battle ground with clear matt  to fix the scene and allow the Army to move on. 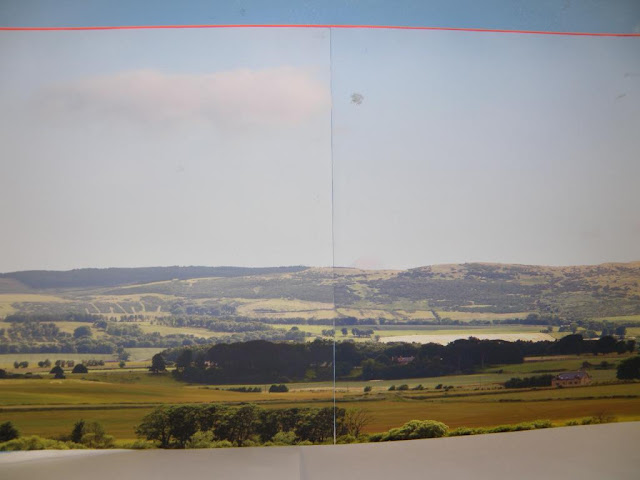 The damage was well contained, just a slight gap here (behind the silos) 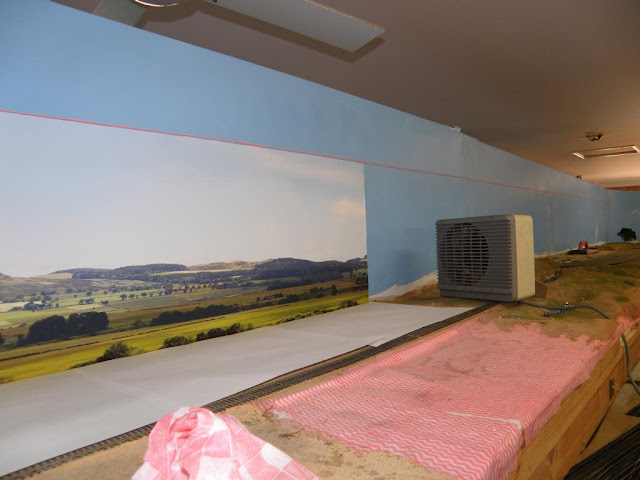 After the clear sealer was applied the heater was again used to make sure the spray did not alter the shape of the paper before drying and sealing. 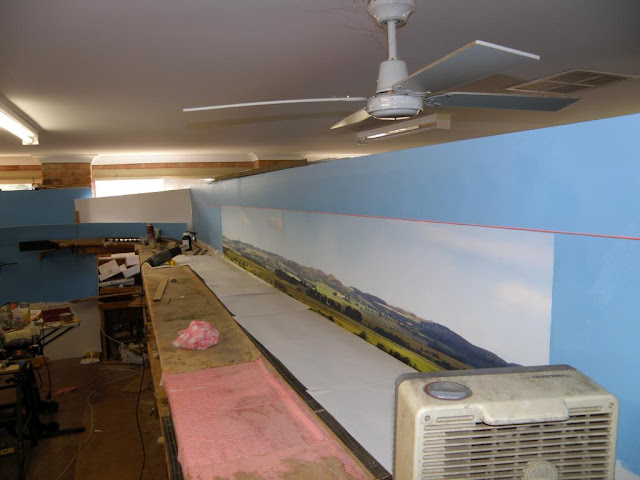 And as I write the heat is kept up to make sure it is thoroughly pacified. 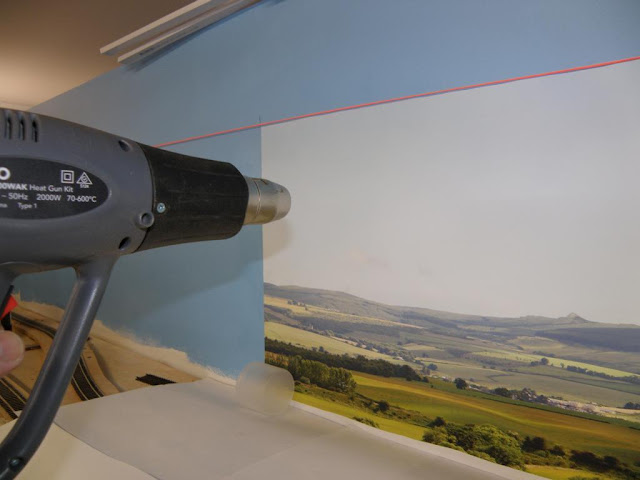 oops Elmer has let go a little on the edges. The hand held heat gun seems to fix that problem.
As the Army march off for a victory drink at the wet canteen, we can only wait to see what happens overnight. It has to be that the paper is absorbing moisture. Humidity has been mid range for a few weeks. Will the land remain pacified? We will have to wait and see :D
This is battle group Charlie Tango 345 signing out!
Cheers
Rod Young
Posted by comtrain at 12:56:00 pm No comments: