Things have not stopped per se. little jobs just keep on getting done. Not exciting enough to create much of a blog.
However this has happened over the last week or two 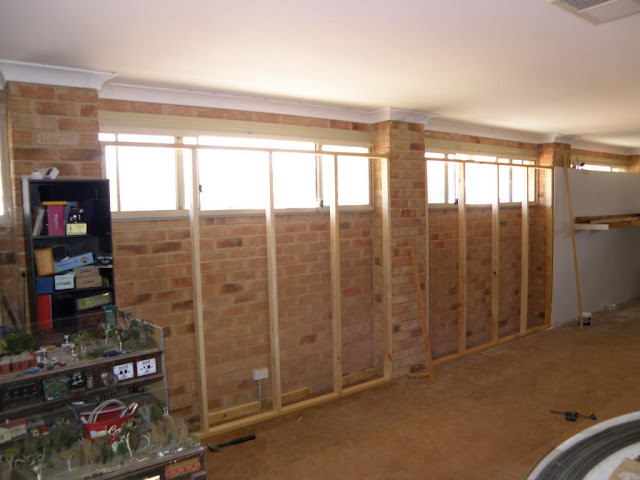 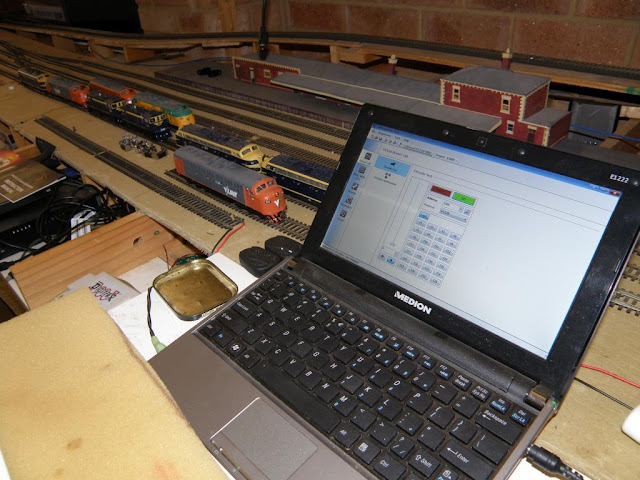 Spending time fixing up sound projects. Have about 31 locos in this queue and about half way through. 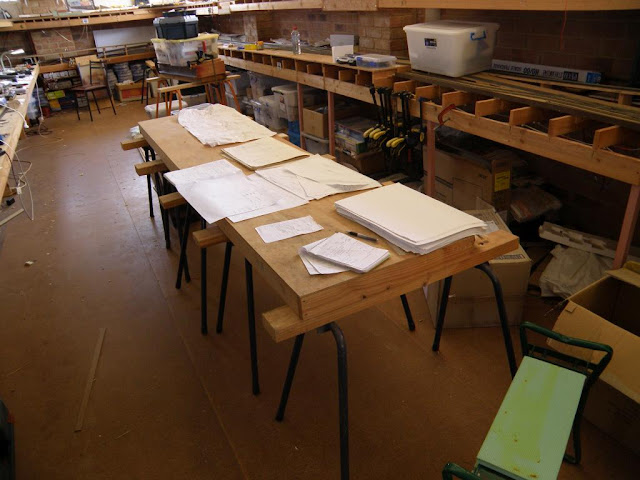 Checking heights and bench work on paper first. As an example the horisontal struts need to drop about 70mm for next section to allow the SG main to drop the full 125mm along this wall. The upper level will sit up on risers to maintain flat base. 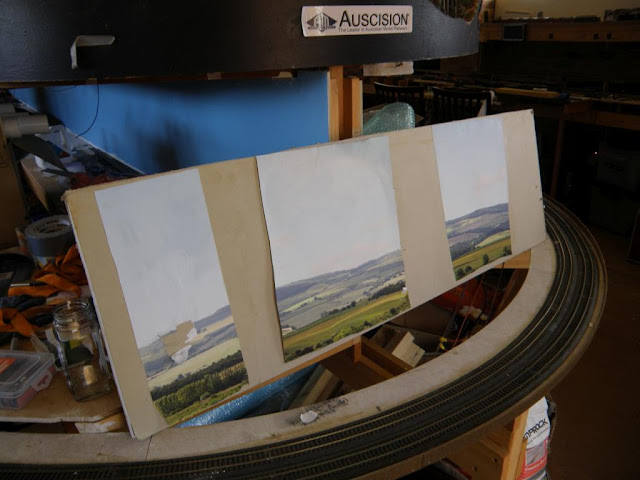 And of course this troubling and increasingly more expensive project is still been checked and experimented on
The three sheets are recovered from paper that failed to stay in position and was removed in order to start again. The sheet on the left is  watered down Woodlands Scenic white glue. The next is watered down craft glue and the one on the right is about 3 to 1 Aquadhere, which leaves the others for dead, so far.
Ok the day is getting too hot to work outside, so back to the computer and post this, before checking out a few locomotives.
Cheers
Rod
Posted by comtrain at 2:27:00 pm No comments:

2015_02_15
First a loss
It seems my good friend Geoff Hope has lost control of his NSW C30T project. With Ixion announcing that they have brought the project from a third party, I can only pray that Geoff is going to be ok after this. He needed the model to replace his Superannuation that was invested in this project. Experts are already saying it is among the best HO model steam engines produced, and I can imagine only a catastrophe would make him lose control of it.
Get well Geoff.

Then another loss for Graeme and I who spent the day working on the layout.
Back Drops 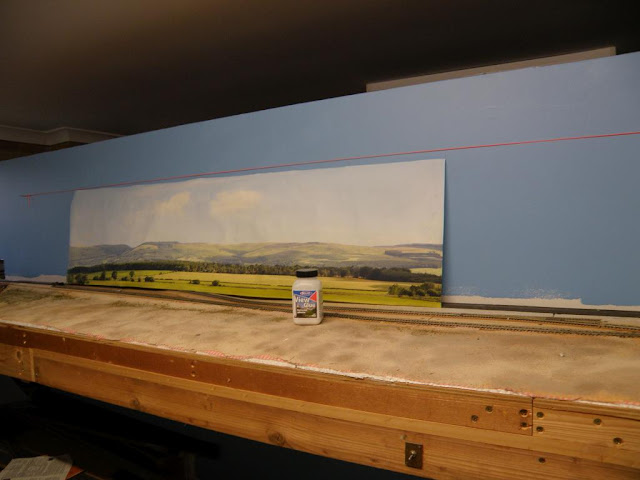 So following the instructions to the letter and finding a stockist for the exact recommended glue, we attached the first sheet in position on the wall. 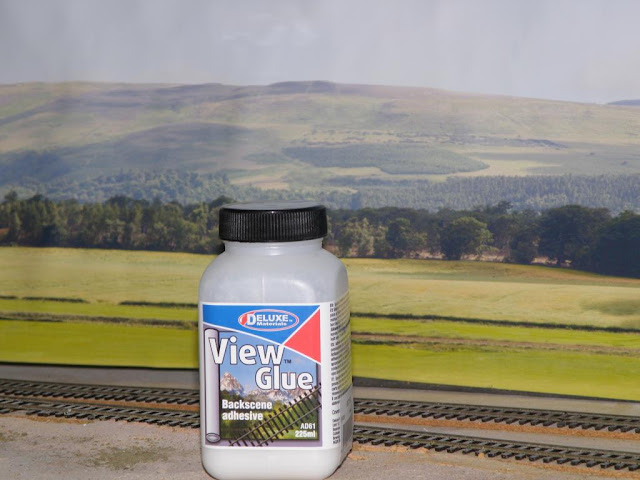 This $21 bottle of glue is supposed to be the one to use. 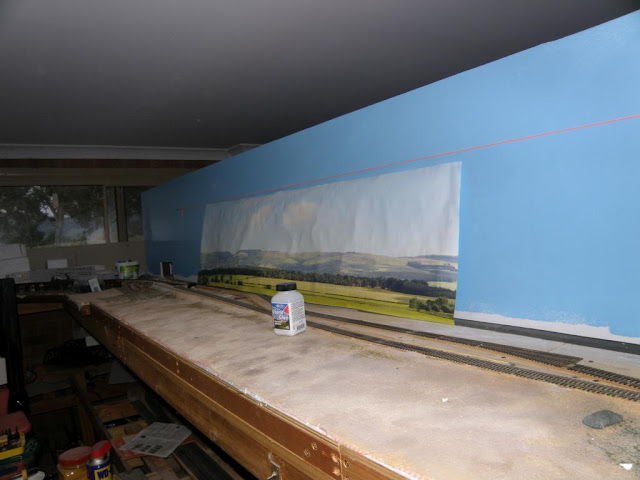 I returned 20 minutes later to find the back scene had dropped off the wall. 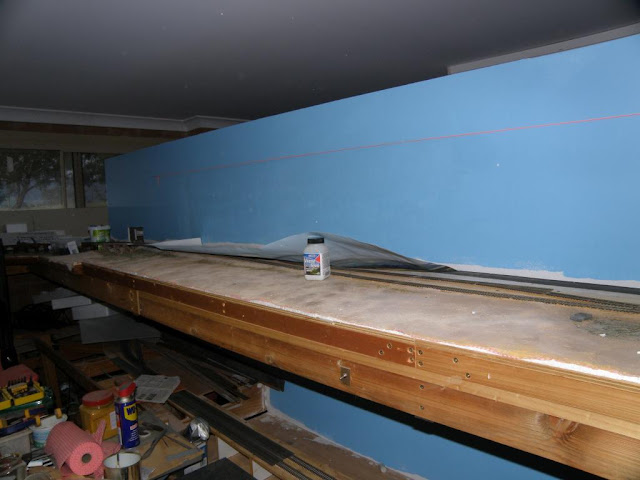 When I touched it, it fell away. The glue was to be painted on the back drop, but it was not sticky, and was drawn into the paper like a sponge. applying more got it to stick but the paper  became soaked. We wiped it on with a cloth and it appeared to stay there. When it dried it was not attached and had rippled badly. Apparently the ripples draw out if it fixes properly to the wall. 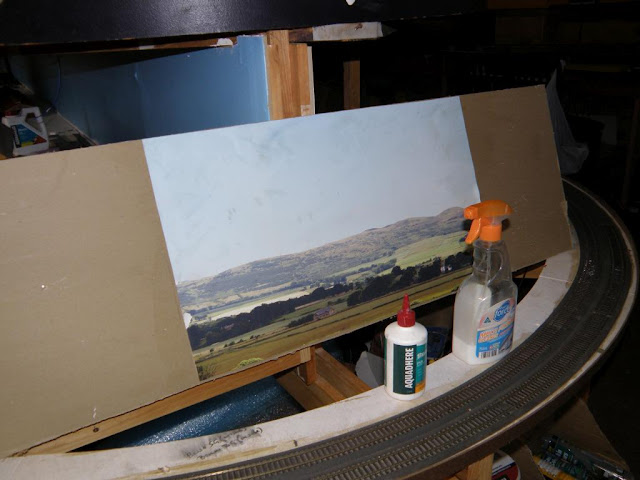 Here is a piece of recovered back scene fixed with white glue (I grabbed a piece of the scene from the first attempt) This is getting expensive!
However about 4 or 5:1 white glue seems to do the job, as shown here.

The new wall A win, I think? 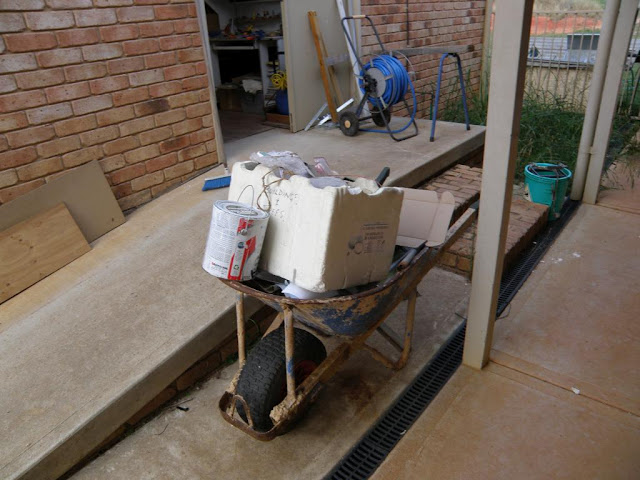 After moving all the keepers to other places, another barrow full of rubbish off to the skip. 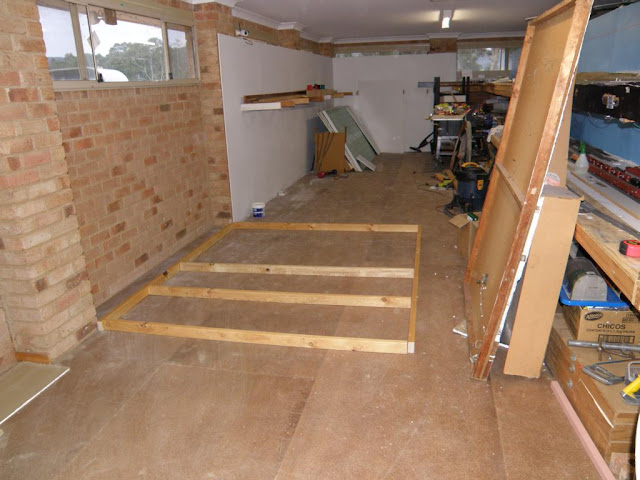 So we painted the wall with undercoat. Then cleared all the stored boxes to access the next 6m of wall.
Which of course meant finding new places for that which we moved.  Started cutting out the new wall panels, which I hope to nail together soon. Getting the last 9 m of wall finished which will allow me to mount Honeysuckle in place and start getting the branch line into service. 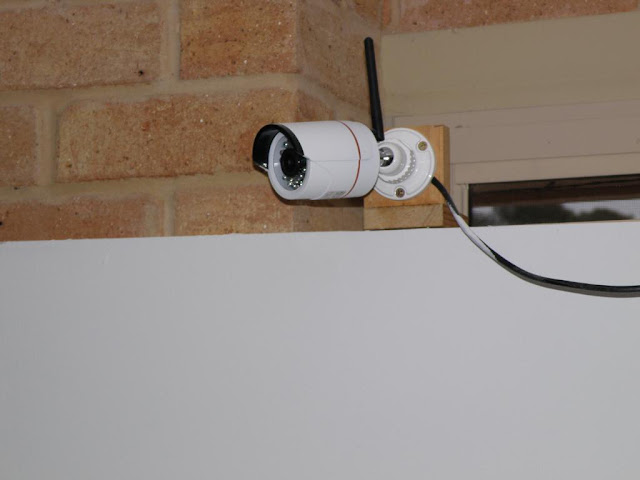 I also played around with this camera which will give me a view from the East side when arriving and departing trains from Wodonga and Trentham.. I ordered 4 cameras all with longer focus lens which will give a clear focus over 5 to10 m.
Posted by comtrain at 8:32:00 pm No comments:

2016_02_09.
Warmed but cool with the AirCon working again.
Unreported but we have been plugging along. Several more locomotives are back in service with sound running nicely. The plaster sheets are in place, crack filled and ready for paint (Today?) 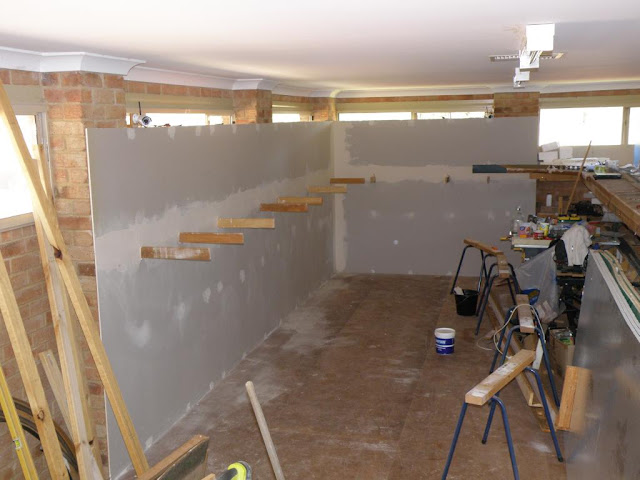 The supports for Honeysuckle are working as designed. 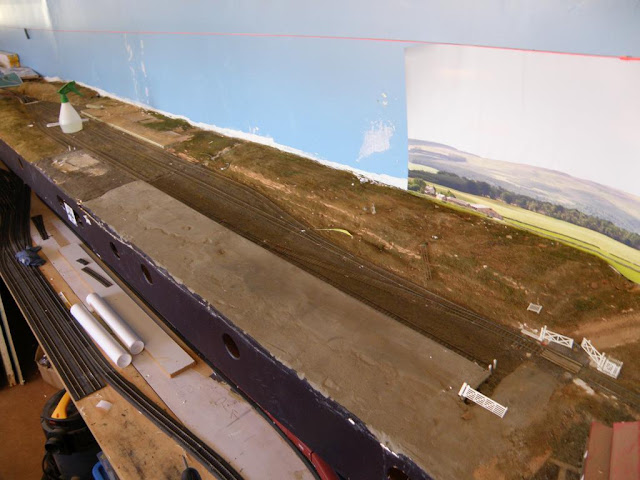 Note:
The sad remains of the first backdrop attempt. It did not shrink, as we used expensive 3M spray adhesive almost dry. We did have trouble keeping it stuck (painted surface?) But it simply shrunk back into itself creating vertical air pockets along its length.  We had trouble keeping the edges fixed, but when we went to remove it, it was impossible to not tear it. Replacement rolls are now here, so I need to try again using a better glue. 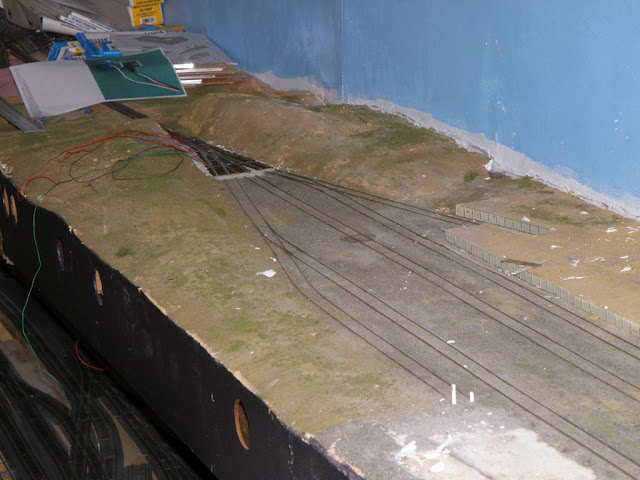 Have had a look at Threntham (need a new name)  And decided to upgrade all the points for reliability. As so many code 88 wheels have arrived on RTR rolling stock and locomotives, I have to sacrifice the very old hand laid points.
I was about to lean on a very good friend, to see if he would bring his "Fast Tracks" jigs up and make me some code 70 points.  Out of the blue, Steven from Sunbury advertises he is selling off his layout and offers on Rail Page, 7 points (Homemade Fast Tracks) in code 70 Fortunately I was in first, and got them all, at a very reasonable price.

So Trentham might get more use with this added reliability. Is that three way point still not fixed in? ...Geesh!! it just not end does it? :D