2016_03_21  So the weather changed Rain, high strength winds which weeded out trees with small roots, then went from 36C on Tuesday to 24C on Wednesday and 8C to 18C on Thursday.

So that means I have to catch up on the last three months at least!

The Wall !! Wished I had some East Germans to help ;)

But I do hate pulling out whatever I did last week.
So the two spacers installed a month ago had to be removed. I had placed them in position flat because I half remembered a reason to do this from the first section of wall Al and I built and Graeme helped us fit a few months back 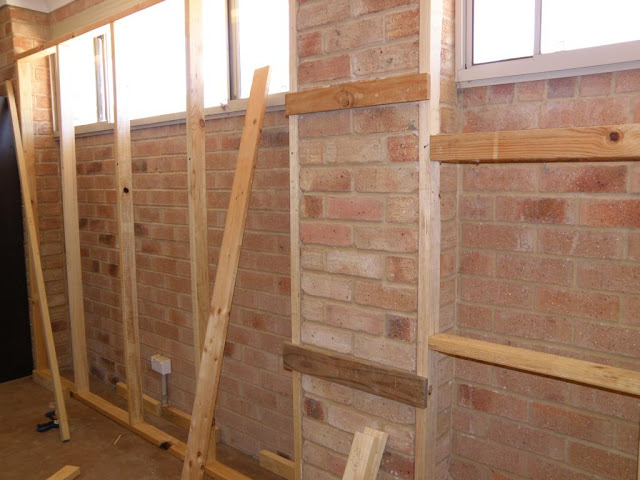 Whilst waiting for it to cool down I remembered we set the cross pieces (noggins) in place to account for the benches that would be screwed to them later on. We forgot that the plaster had to be joined and decided to place one noggin at the join height and lay it flat to give plenty of purchase to the plaster cement and screws.   I then removed those already installed and replaced them in their correct position.

This photo also shows how I keep the frame flush with the brick pillar, with two flat boards first screwed to the bricks and then screwed to the frame.
When I get some more green spaghetti I can screw the frame into the inside of the piers. 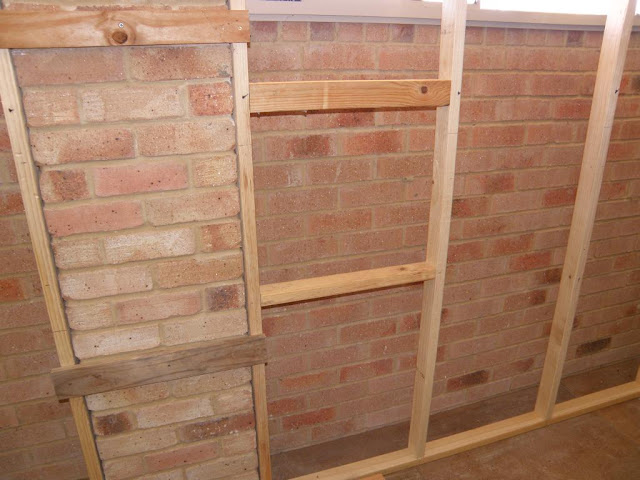 So the bottom noggin will support the SG Yard (Albury) table top. and the join between two sheets of plaster. These have to be flush and flush with the wall to support the join. 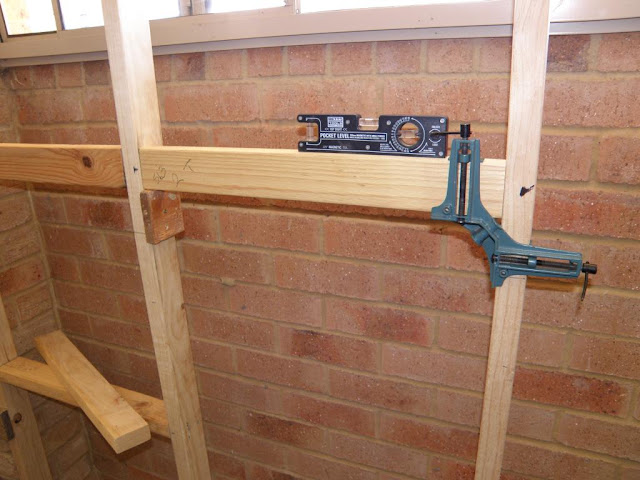 I decided (because I am naturally sloppy) to set everything out neatly, and see what happened. So far so good ;)
The right angle clamp holds the noggin in position at the right height and flush with frame.
the block of wood on left holds the noggin level and at the right height. It also allows me to use a nail gun to fix the noggin in place. I need to hold it flush though (Really dont like my hand being so close to the gun though! 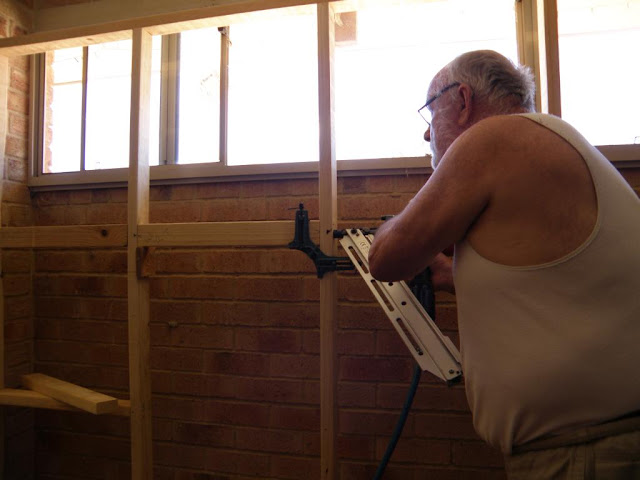 Cheap Bunnings Gun $70 on EBay helps my arthritus a little and secures everything nicely.
Again the wood screwed under the left end holds the level in the noggin when the gun blasts a nail into place.  Might patent that one. Just need to remember to keep the end flush with the upright 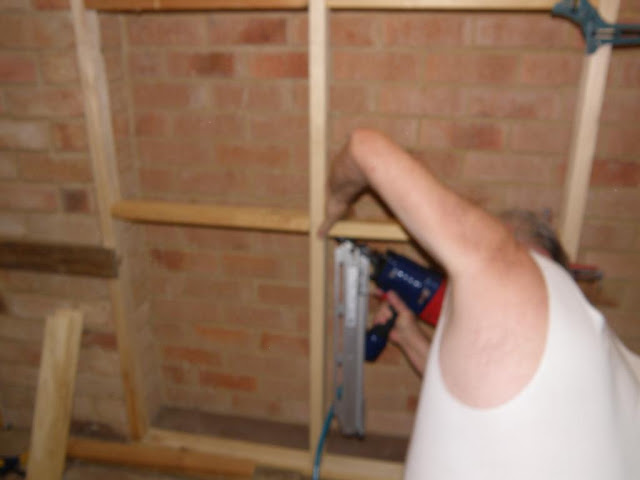 Blurred bugger! but again keep the frame flush and drive nails from other side.
(How does it blur on auto and on a  timer, on a tripod, but it did not flash either)
Ok back to the shed friends. 4 noggins in place 12 to go!