2017_01_25 a week of tracing old wiring. Lots  replaced and track modified or extended where necessary.
Soon every fish plate will have droppers either side. Now that's security (and time consuming)
Some pictures..... 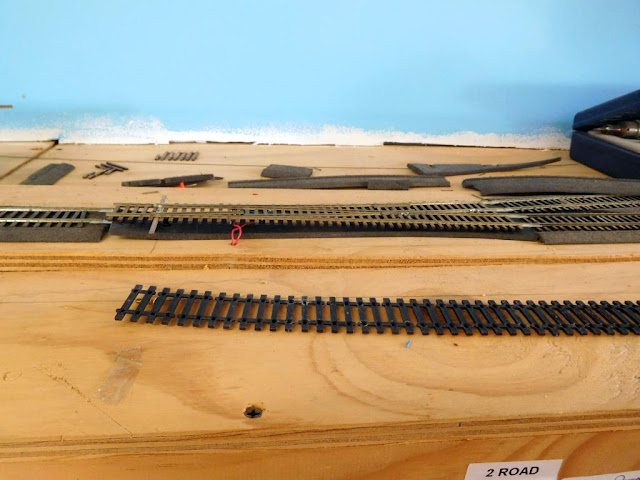 So first job was to overcome some problems with this point. Its a RailScale No.6 code 70. I keep breaking the throw bar, which means the mechanical connection between the Tortoise and point is set up wrong.  Very little room to work with underneath. Still ongoing, solution not yet found. 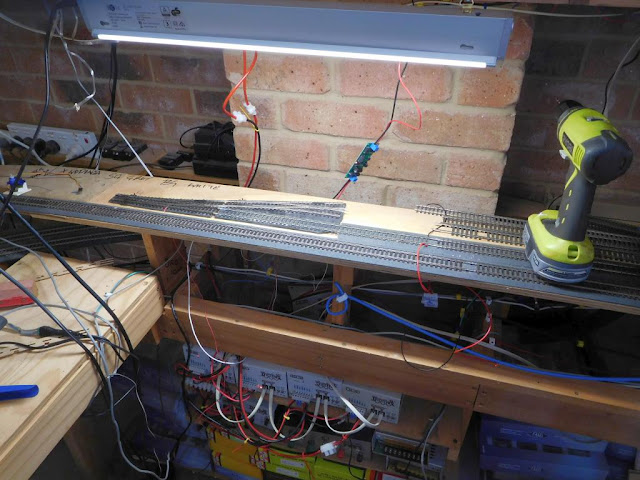 And to the right of it and below, I have the SG loop into Wodonga that has not been completed. 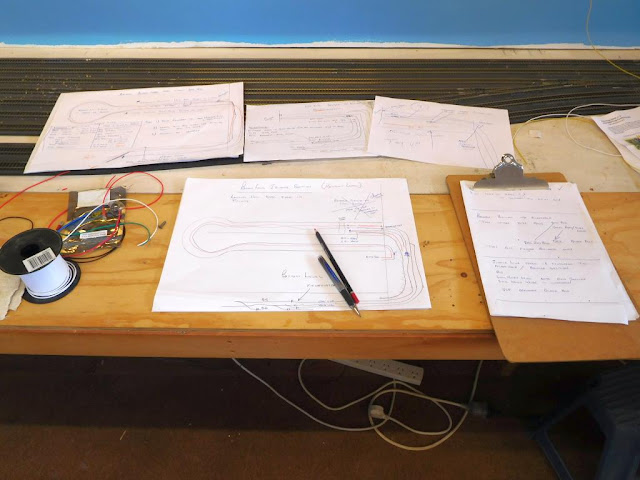 As well I have spent a lot of time tracing that last 'short'. I now have a Yellow track power light on every command station, but I still get 6 beeps on start up, and a red flashing fault light on one station.
This tells me that I have two command stations hooked into the same track section. So I am moving around the layout tracing all wiring, and finding all insulators.
So far I have found every district is insulated. Starting to think, perhaps some defective insulators (more precisely one?) has allowed the rails to expand and touch. I have used other types of insulators as well as peco type insulators. I think Peco is a secure design? 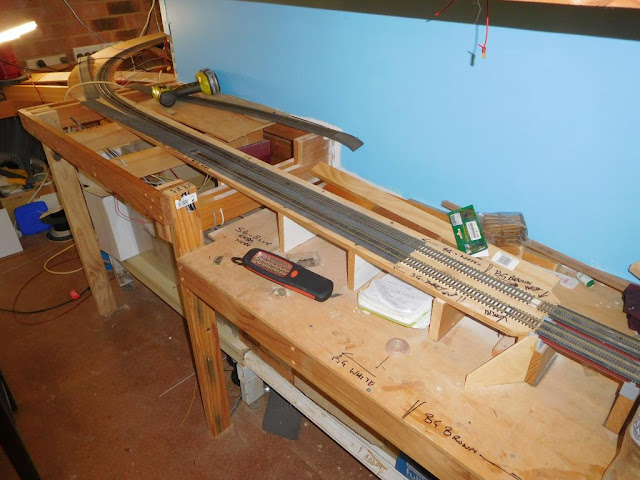 First major fix was to relocate the reversing track sections from the other end of the island  to this end. First reason, was that Evans double track Y points will be right where the reversers are presently situated. And secondly, this area is where two track districts actually join. That must be better than reversing in the middle of a district?
So this section from the bridge  to the curve is the new reversing sections between the lower level island sections (BG and SG) and the layout around the outer walls of the room. 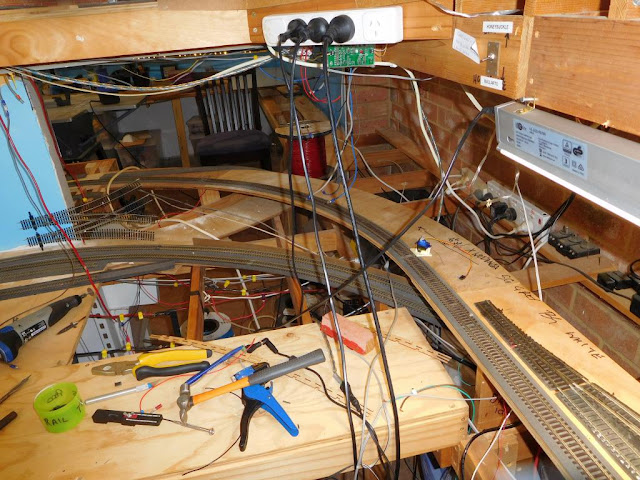 humph!!  still a lot of wiring to re-rout including the three 240v  power boards in this picture. The reversing sections were on lower level where Evans double Y point is leaning. It seems my railway has entered the age of prefab point construction, making for a shorter shutdown when installation is to be acted on.
I finished up replacing one point on the SG loop, because it was an insulfrog on criple road, and I could see that that frog was going to take a beating during running. 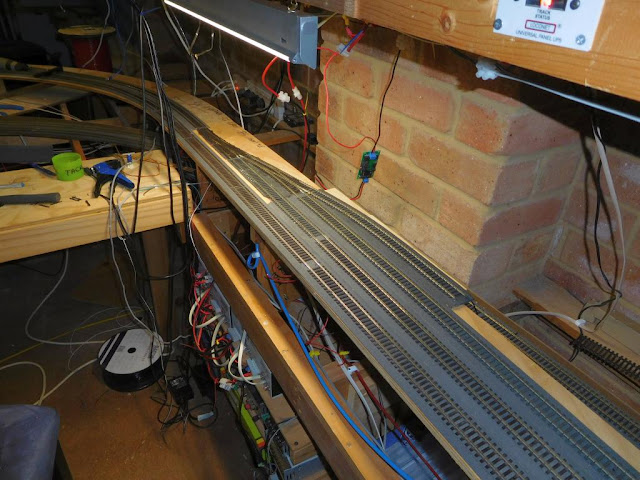 so here it is all finished except for the point motors. All I need to do is replace the missing sleepers. Then  continue around from here and fill in a few gaps in the SG, Still more droppers to install as well. I am finding a lot of brads are pulling the sleepers down. Certainly over hit in. I am replacing these with Peco flat head tacks, being careful to locate the track only, not hold it down. No bent sleepers, and tacks can come out when ballast dries. 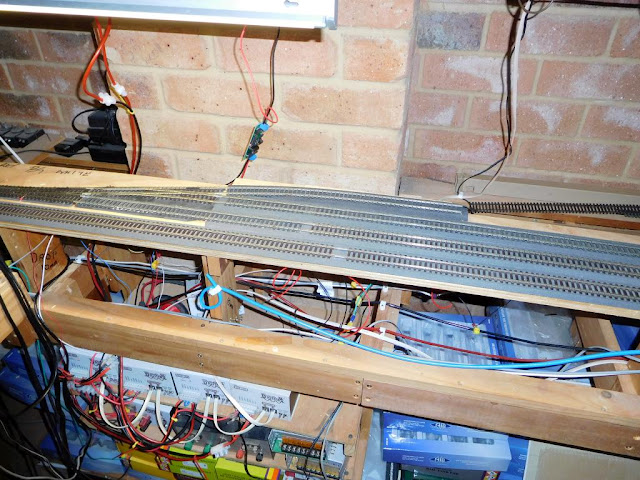 I did have the spaghetti neatly tied up with ties, however will have to do it again, when I am satisfied the wiring is complete and working as it should.
Cheers
Rod
Posted by comtrain at 10:18:00 am No comments: