Text as supplied by Roger,,,,

"Attached are two photos of the corbel strip sitting on a brickwork pattern. The material is translucent and I will need to airbrush it white. Then it will be very effective. Sorry the second photo is a bit out of focus. However, you can still see the shape of the corbel.the detail is very fine. Each corbel is only spaced 6mm apart." 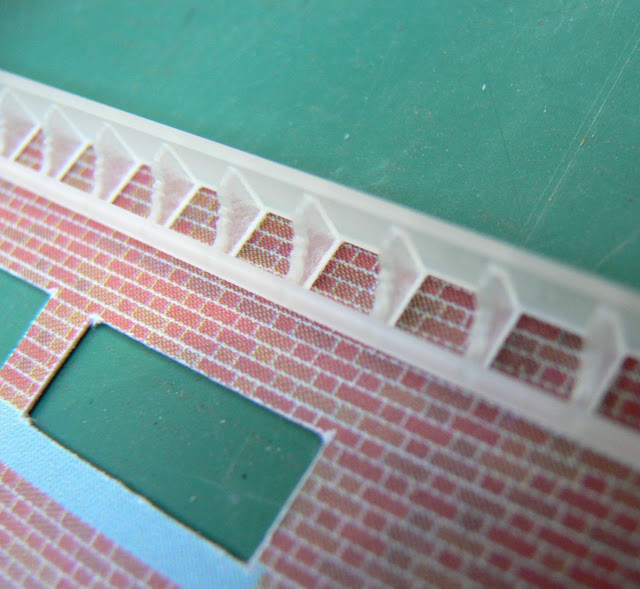 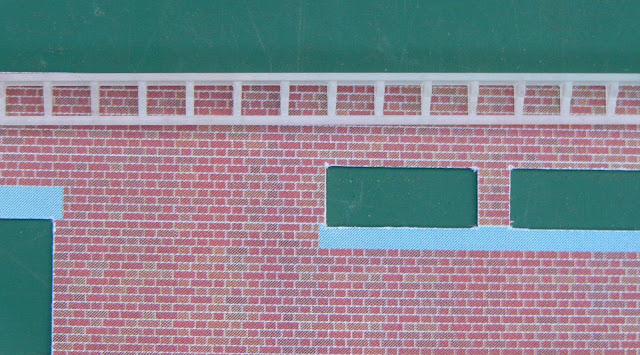 This photo shows a strip of corbels which go under the eaves of Wodonga Station. They were 3D printed by Shapeways using "Frosted Ultra Detail"
material. The initial design was by Roger using CAD software . Ray Pilgrim then converted the CAD design into software that Shapeways can use. The corbels could be useful for any modeller constructing late Victorian era homes.

The strip is 270mm long and each corbel is at 6mm spacing.

Our order took just 14 days from the order being placed until airmail delivery from the USA."

Lighting the building
"Here are two views of Wodonga Station, one of the platform side and one of the road side. The glazed windows are now in place and some of the internal partitions have been added.

Some of the windows and doors are not complete as extra detail needs to be added, particularly under the long windows which have brick infill."

This photo shows a strip of corbels which go under the eaves of Wodonga Station. They were 3D printed by Shapeways using "Frosted Ultra Detail" 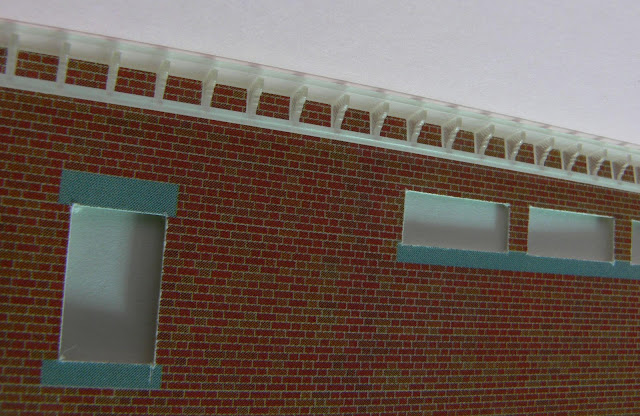 If you want to use our corbels for your new project, Ray Pi;grim has them here :)