So whats been happening?
Not a lot, apart from trying to sort out the servo motors and rewire the older sections of the railway.

And I have been running a lot of trains...

And I am laying track in Bullarto, hopefully sorting out all the derailments I suffered there since installation. We are tearing out the home made points and the hand laid track, sadly :) But it is just not reliable enough, the rail profile is not available, fish plates don't fit, and its just quicker to put ME code 70 points and track down so I can get trains rolling once more :)

Here are a few pictures 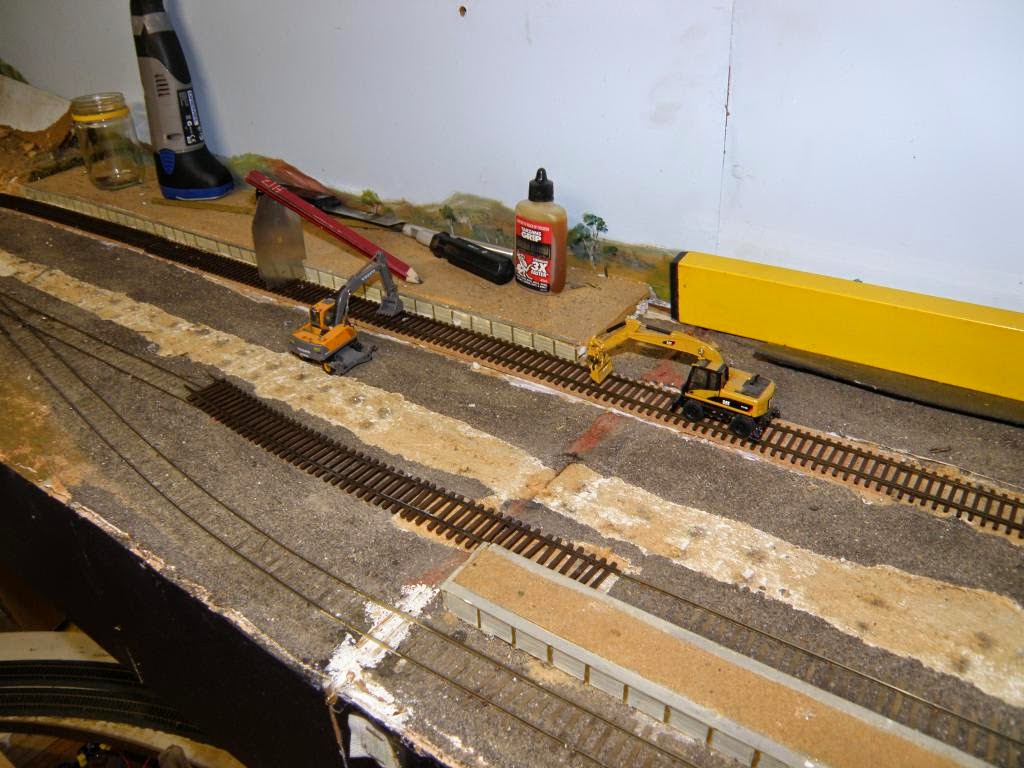 repaired the platform fascia and adjusted the track bed. Unfortunately the join is not perfect left where the modules needed to come apart, but I think I have sorted most of the problems with the new track. Just like real railway practice, I will try to leave some of the original hand laid track in place. 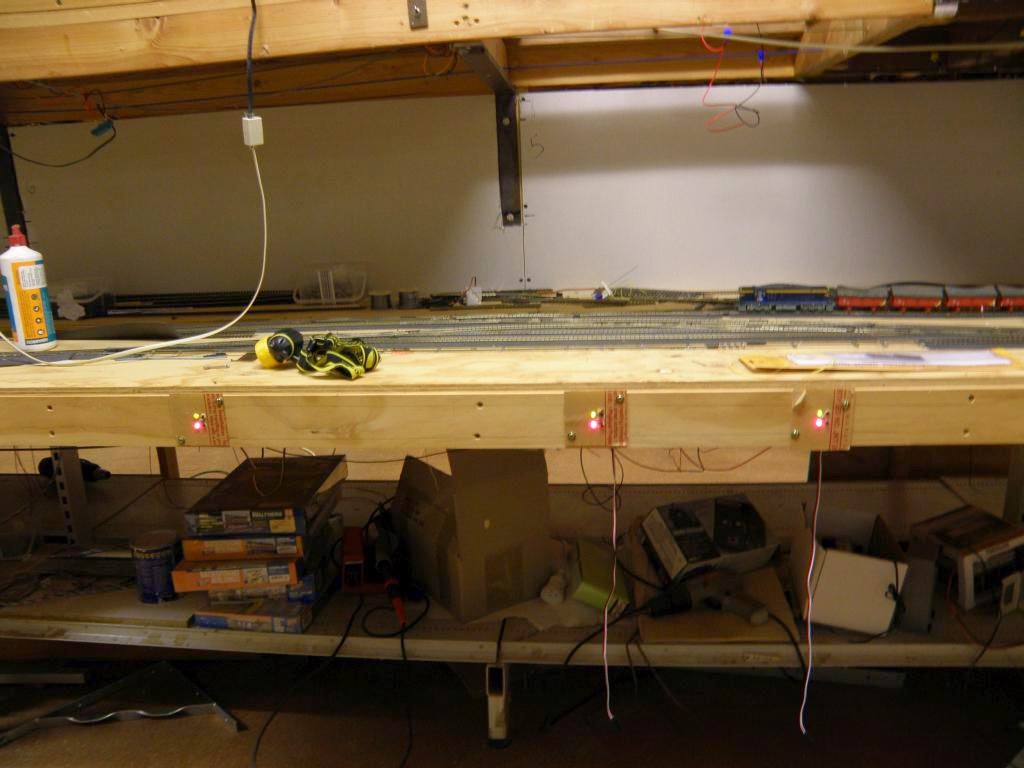 Servo motors are in and singlet control modules in place. Just need to program them in. 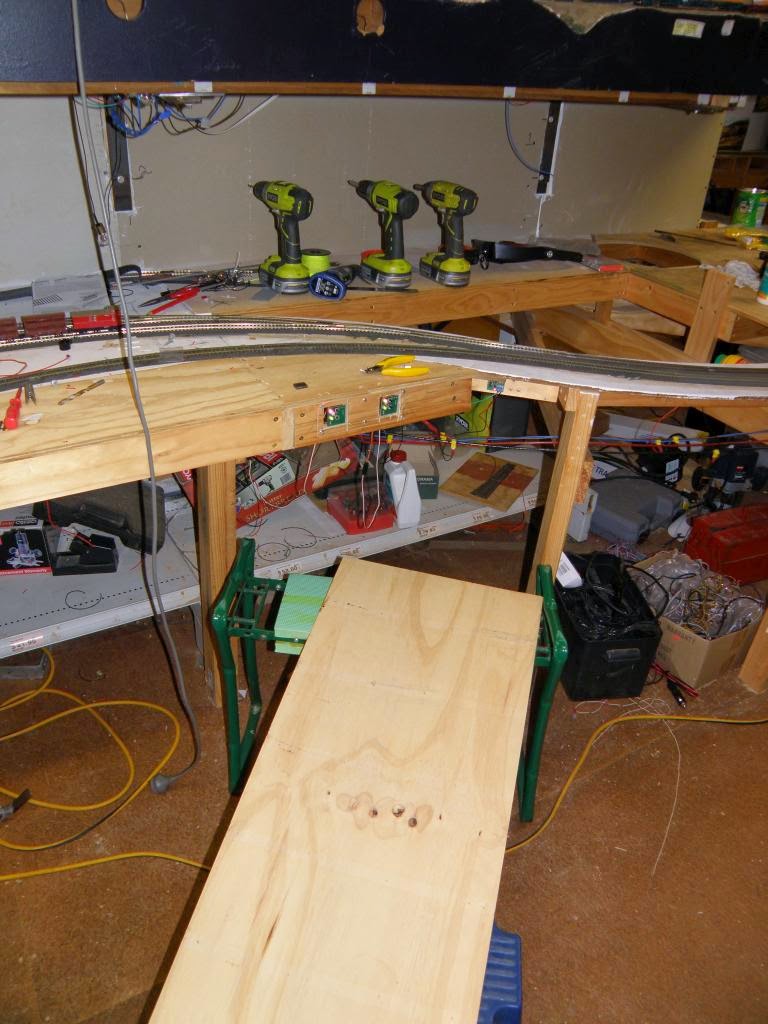 Another way of supporting my back working underneath. Its almost impossible to set the motors up in centre and screw them in place sucessfully, But I did get these two installed and working. It just takes time.  Because the servo motor needs to be at right angles to the movement of the blades. I tightly screwed one side in and climbed out from under, and realigned the blades to middle (Servo was already centered. Then drilled in another attaching screw. And it worked! Well its two out of two, but about 7 more to install to prove the method, I guess? 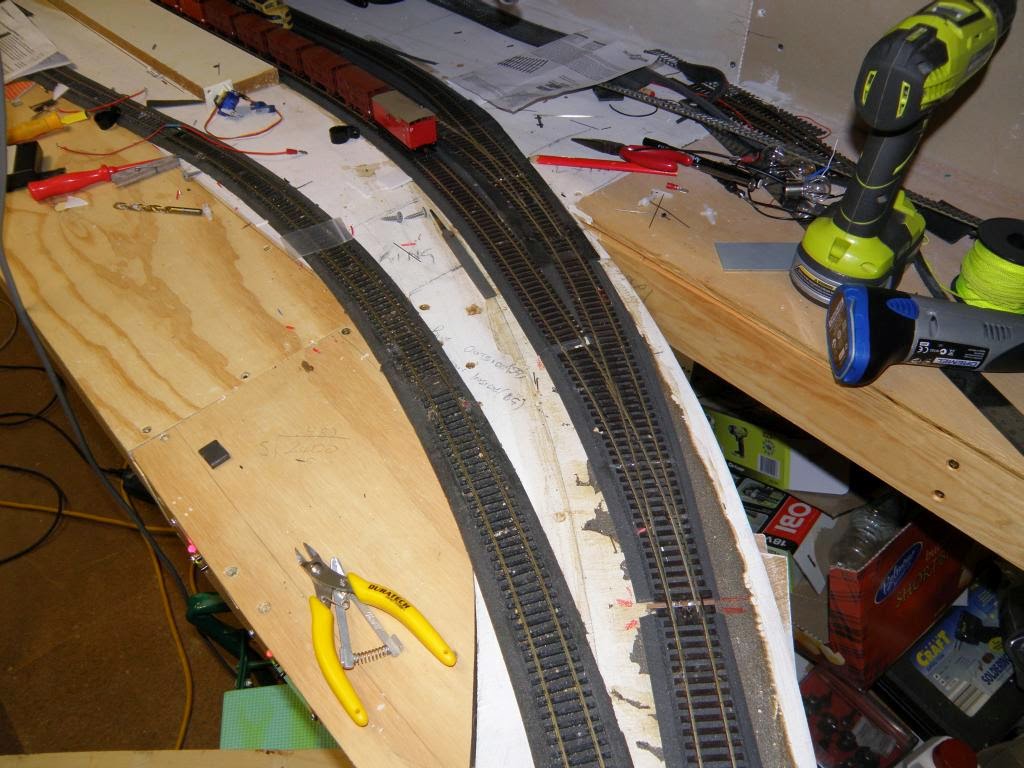 This my second attempt at installing these servos. I found Tam Valleys instructions hard to understand. I frigged around so many times that I confused the singlet logic and broke one pair of points. Had to replace the mech in this set with a brass sleeper. But it works just fine.
The servos can be reset, So I reset both of them and they again became operational. Well done Mr. Tam Valley. 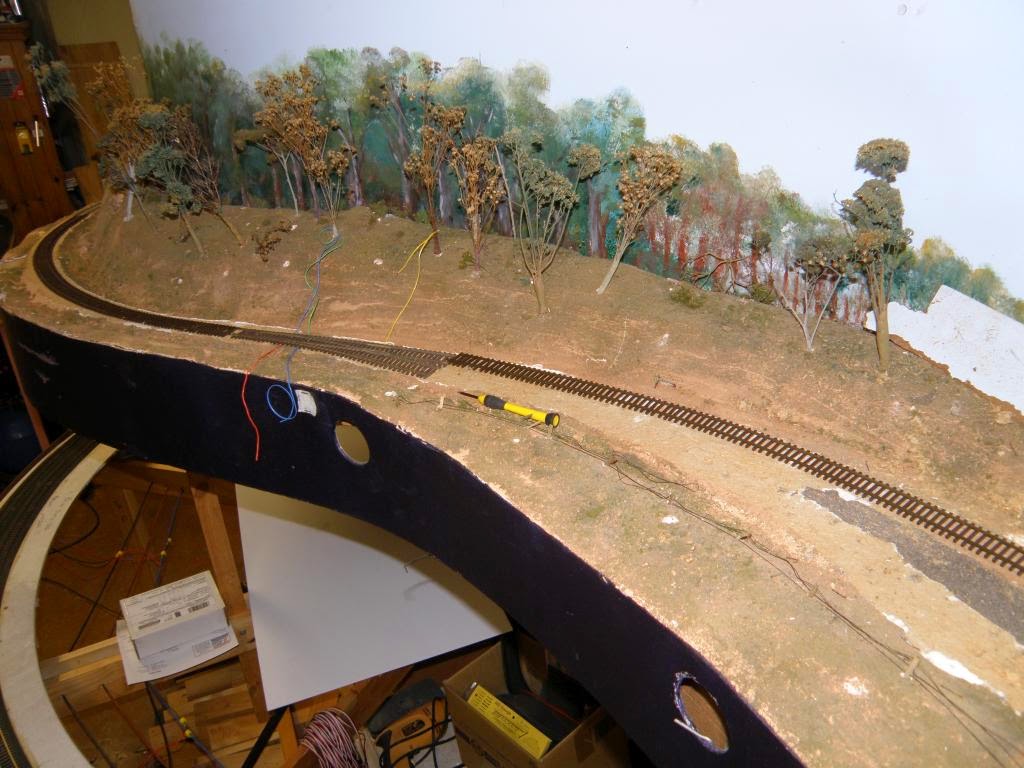 Another ME No6 point goes in, and Bullarto is again linked to Trentham.