One for Graeme. Sorry things got hectic today, and I missed our cup of java stirred with sweet conspiracy to end our day. Lucky we got a starter in 😋
We got lots done and I am as always thankful for all your advice and work. Thanks friend.

The glue is spectacular... 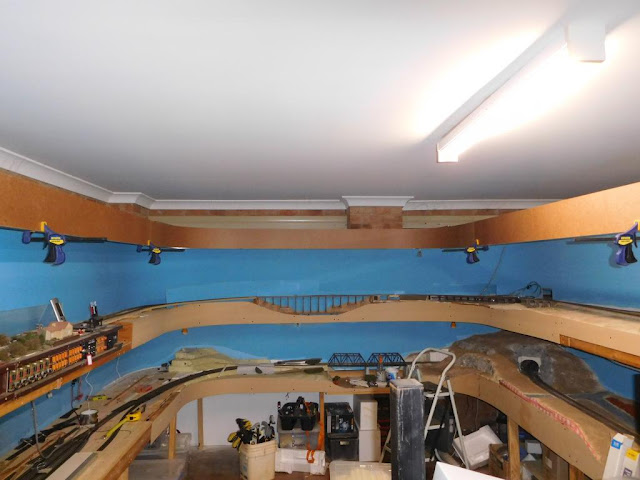 its never coming off Ha ha.  Might have to use the short piece on the right, as it ends on a joint. Cant glue it today, because it droops a bit and I cant straighten it with clamps, much less with glue spread on it. 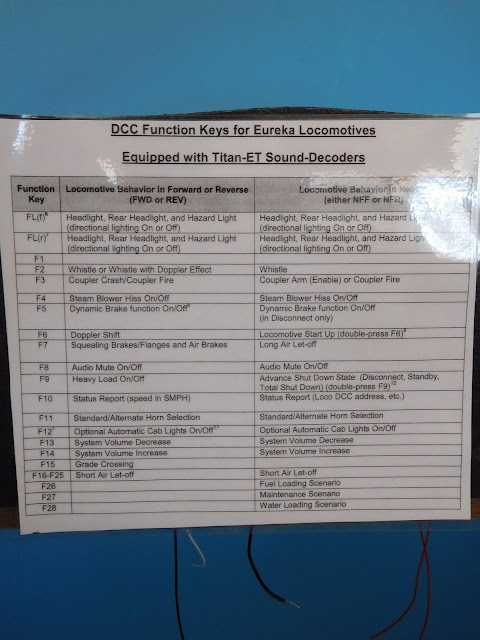 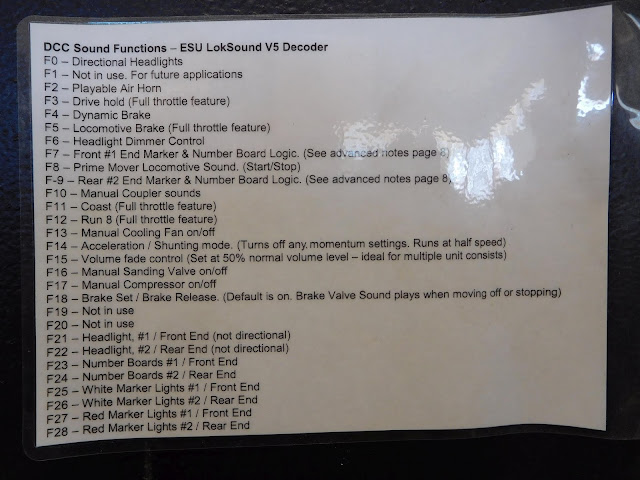 The good news is that the PR4 arrived from the US today without GST, which was unexpected. Apparently the small business in the USA was not obliged to collect it.

Th onlybad news is pictured above. The lack of standards to operate engines DCC and DCC sound.
A standardised control sheet for Australian engines needs to happen. How do the MU this stuff?

The good news is that finally Decoder pro has worked three days in a row...  a modern record for me!

And the wiring project is ongoing. 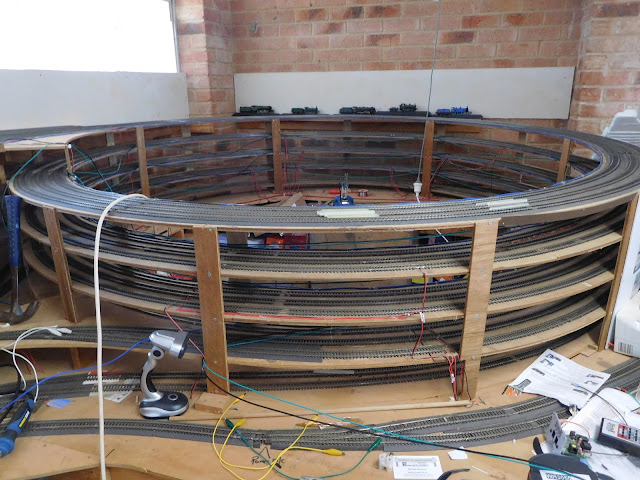 You can see the blue and black wires running around inside of the helix, just glued down with hot glue. I have also run a green and black wire completely around. Next I need to add a brown and black wire. Each meter of the track then gets wired to the ring main cables.
Three tracks? So why not 4 wires with common return (black)  Well that was the short I am fixing.
One BG track with a passing loop at second level, will feed from an NCE 3 amp circuit breaker. The next two tracks are SG and will each have its own circuit breaker.
The circuit breakers need two wires in and two out. I had the black wire as a common. It appeared to work, however now it doesn't, Not sure why trains ran? Perhaps I never had two trains running on helix before?
THe Helix will in fact be a reversing loop. Not because it needs to be, however for reasons long since forgotten, the black return wire is always furthermost from the aisle (next to the wall) The helix reverses this and so I use reversers behind each NCE circuit breaker, requires 6 wires on the helix.
Droppers will link with solder each meter of track on this helix, mainly because I can do this standing up.

The canopy with Mr Schulz 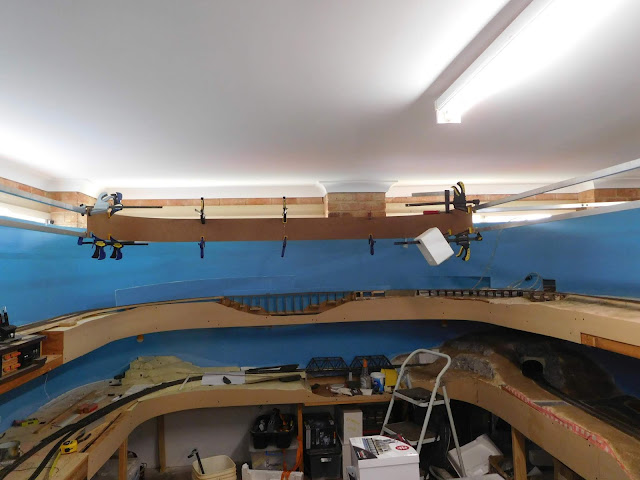 We decided to glue the end on first. Should go and take off the clamps to see if liquid nails will do the job. 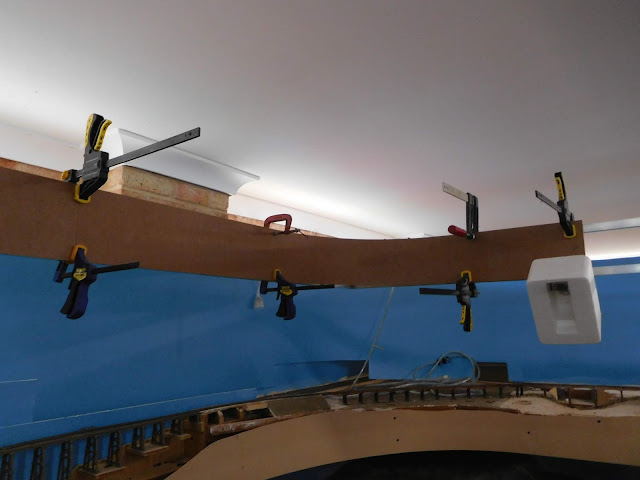 stands 200mm of the corner and masonite is only a little stressed.

Whilst waiting this to dry we extended the canopy 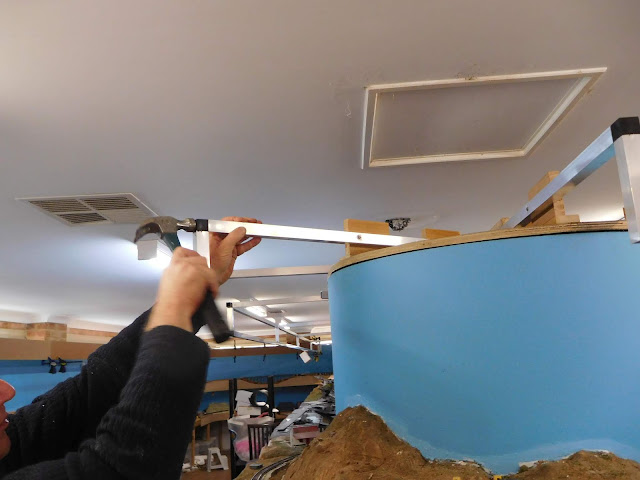 we extended the straight bit one bay each side, but ran out of a 4 way plastic joiner and could not finish. Graeme went on to building the curved portion at end of module. I was very busy most of time cutting and drilling as Graeme installed it all. 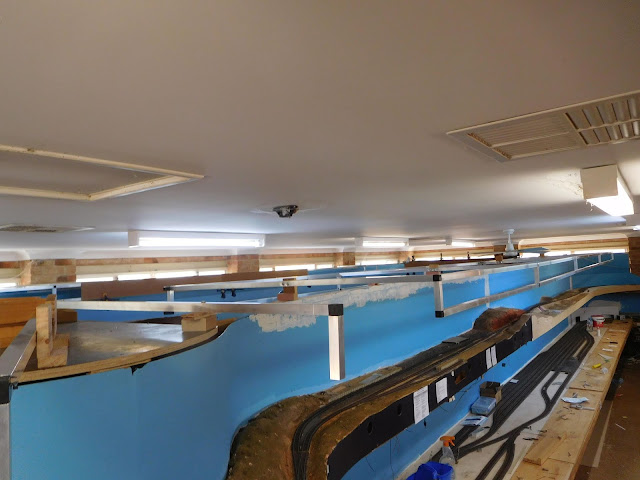 WE reinforced the join after gluing together two lengths of masonite, which will wrap around and be fixed to the droppers shown here (one of them, anyway) 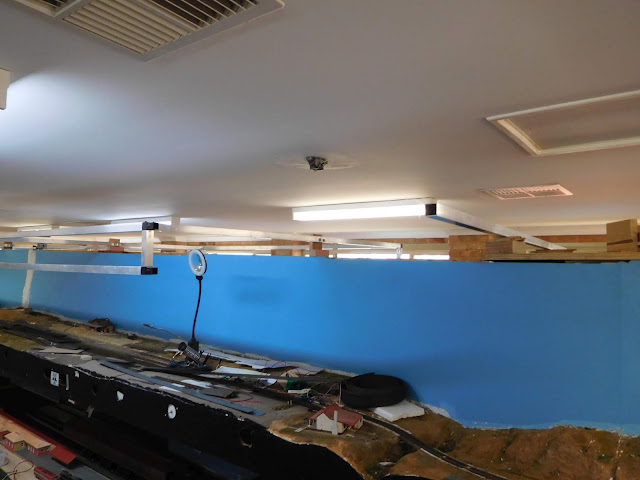 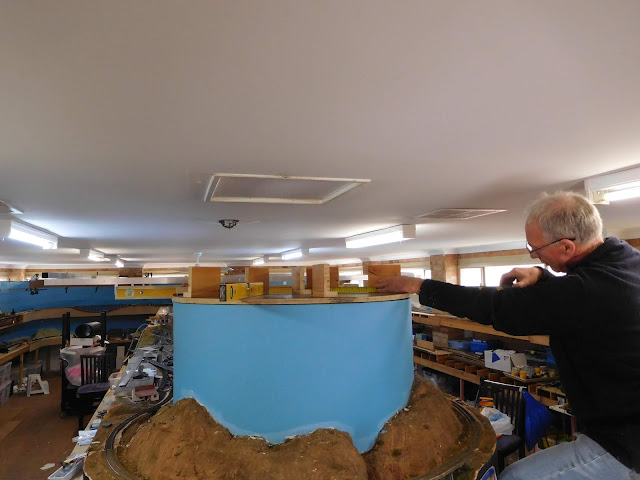 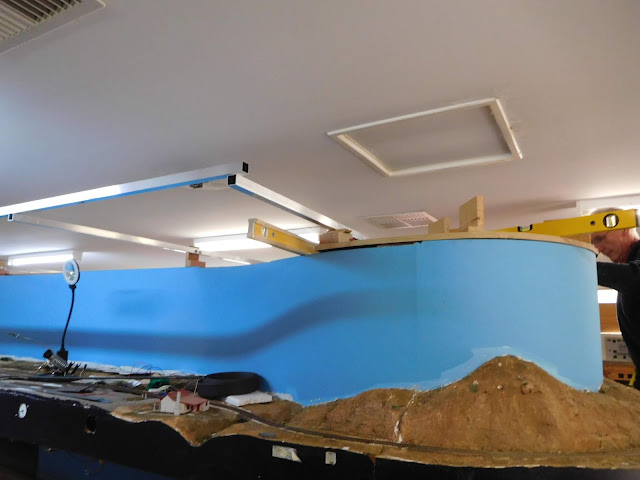 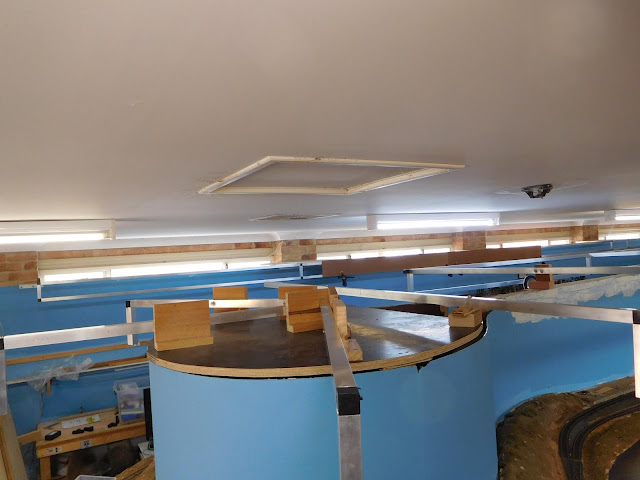 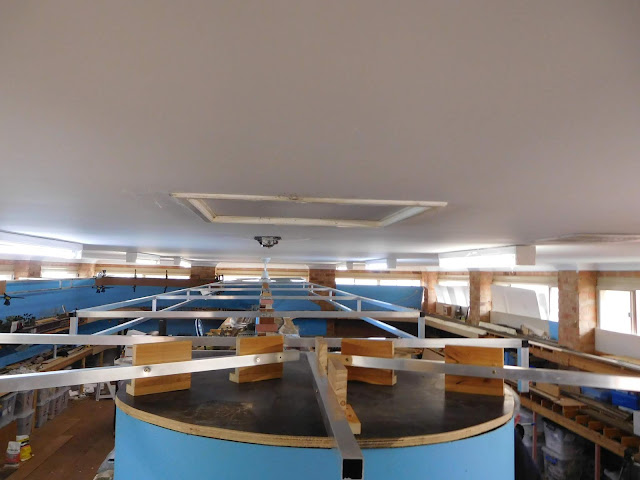 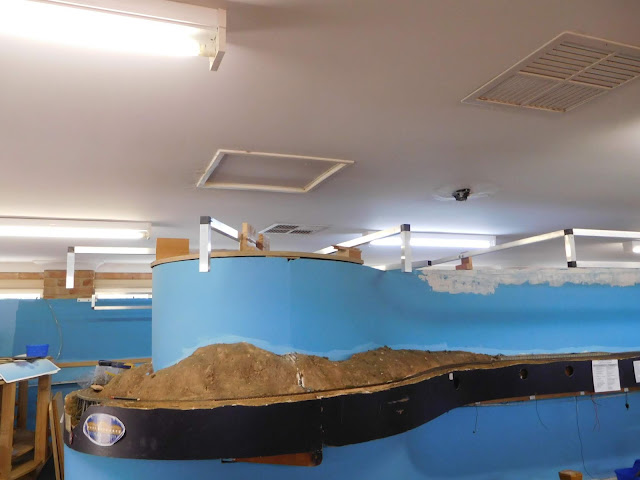 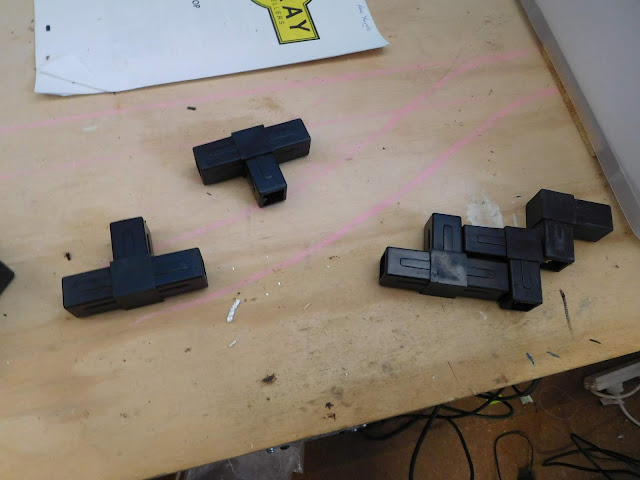