We probably solved the back scene problem?  Goes a bit like this  (Read the instructions)   :D
I think I share a problem with most people. How many of us read the small print?

The instructions say spray or brush the adhesive on, but further down (the part we obviously did not read) it adds a few extra important bits, that may have caused all the problems.

The spray adhesive we first used, was a commercial product for trades folk and the instructions were minimal. However the craft shop adhesive (which we did not use actually explained how to use it properly.
The same with Elmers glue. 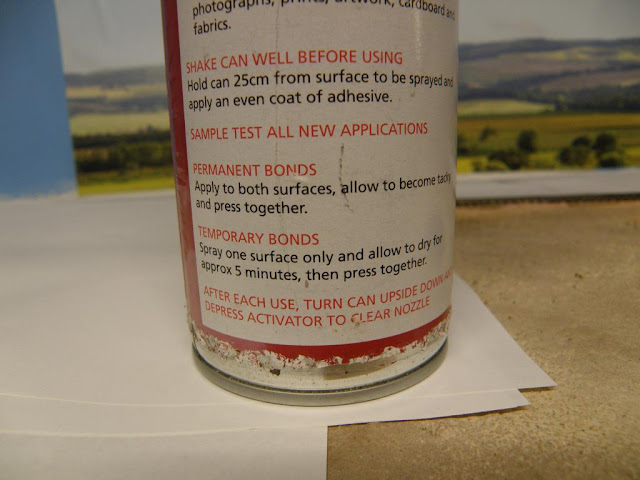 This can of craft adhesive says clearly that you can have temporary bonds and permanent bonds. 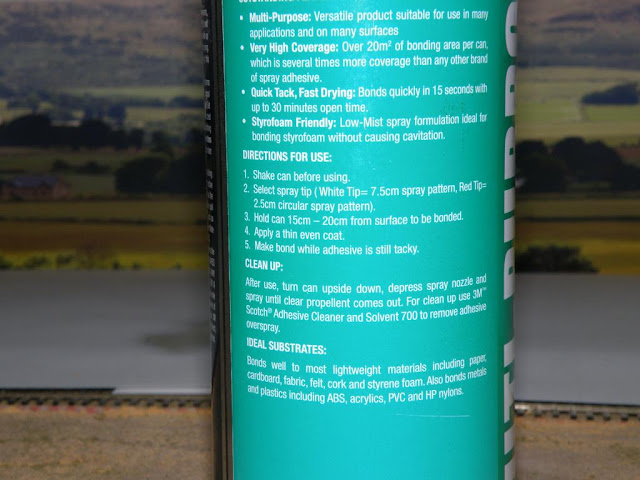 This one the 3M pro product says apply whilst tacky, which we did. 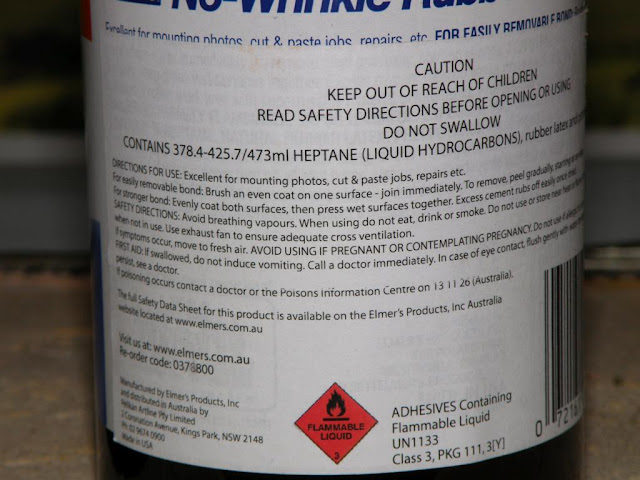 Elmer's Glue says the same as the craft adhesive coat both surfaces for permanent fix, or one side for temporary fix.

It seems to me that Terry and Al may have solved our problem.
What do you think Graeme?
Cheers
Rod
Posted by comtrain at 5:01:00 pm No comments:

And I am walking away from this for a while. Going to concentrate on laying track. It has beaten me for now. 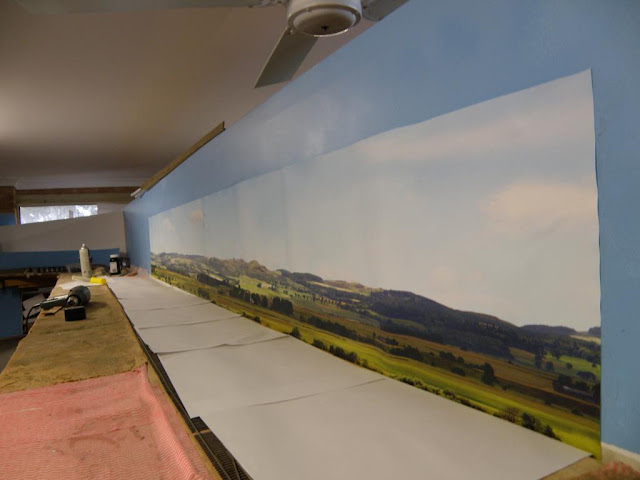 Its very damp outside. I sealed up all the aircon vents and closed all the windows, and when I looked in this morning, it did not seem too bad. However close inspection showed that ...... 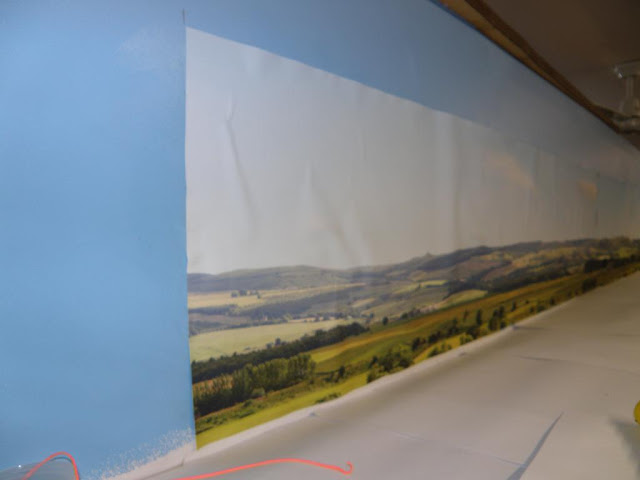 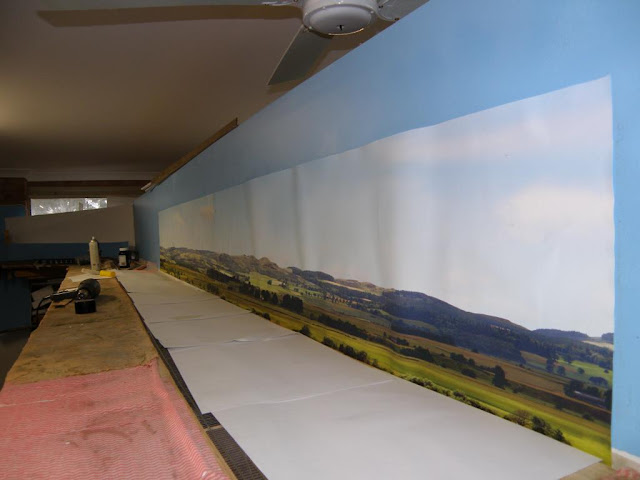 Only thing I can do now, is find out if a water proofing treatment for paper is available.....
or how much it would cost to copy the scenes onto adhesive backed vinyl? or even a thicker paper?
This stuff might work all right in a house or perhaps even in England, but its a real handful in a shed.
My friend Colin in NSW cut the 5 foot lengths into halves and used a smaller height sheet, and did not have these problems.
...................   But its time to change directions for a while and finish off the bench work and start laying track. :)
Cheers
Rod
Posted by comtrain at 11:03:00 am No comments: