First of all my elderly Dad went into Hospital and a visit was in order to Melbourne. Whilst there he was sent home and Dad called a family conference to ensure everybody knew his intentions and he wanted to talk about his will.  He seems to be doing all right at this time.

Second thing was about me. After driving down to Melbourne and coming home, I became unwell, and lost interest slept a lot, and could not work in the shed longer than an hour. My patience wore thin, and finally went to Doctor Wednesday last, where I found my Diabetes was out of control.
Had a few good days since then with upgraded medication, am feeling a lot better.

In fact Al came over Friday for an ALDay and I lasted pretty well. Day before I slept the day away.

We laid track, fixed track, and almost finished the wiring under Coal Siding (only 25 droppers to go :O
We also cut away the roadbed behind the trestle bridge to allow for the low back drops that hide the track behind leading to branch station Honeysuckle.
We also played around with Decoder Pro and Loksound Programmer which appears to be running fine on the new laptop. Took 5 weeks to get it working, bloody Windows 10 stuffs everything! 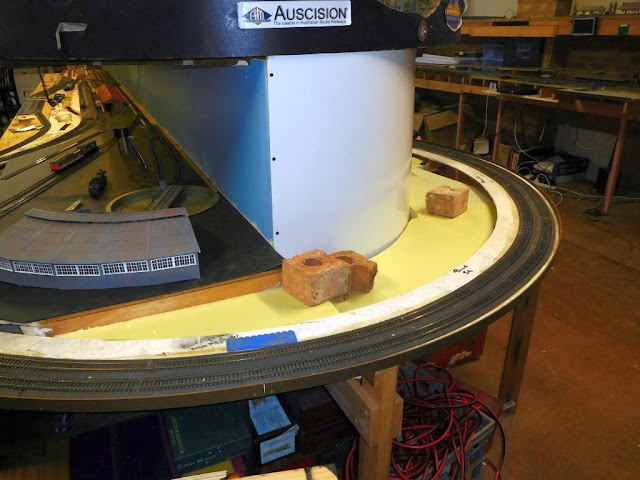 Added some foam here. Love these hot wires ;) for cutting. Looking at the floor. 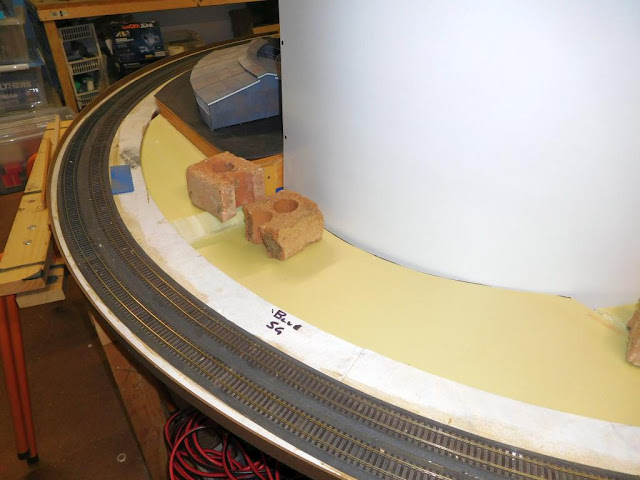 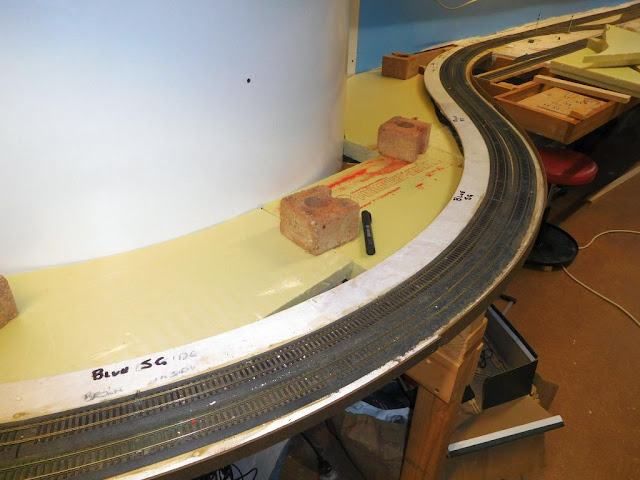 We decided to cover it with some scrap white board to help with the road, will create a steep bank towards where road needs to go and hopefully some buildings behind that. 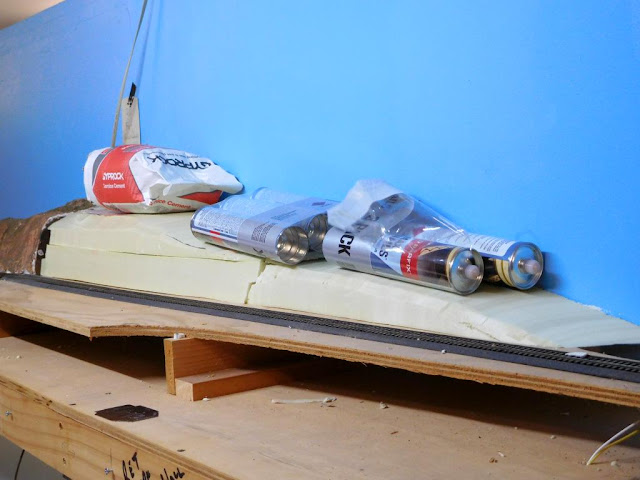 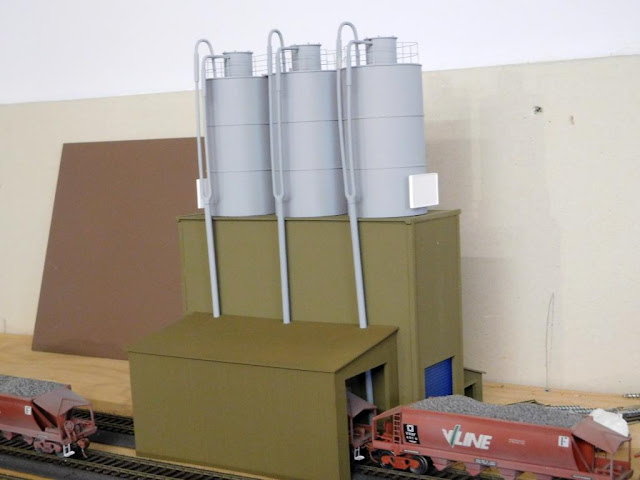 Storing the new Southern Rail cement works in the quarry siding. Its impressive! 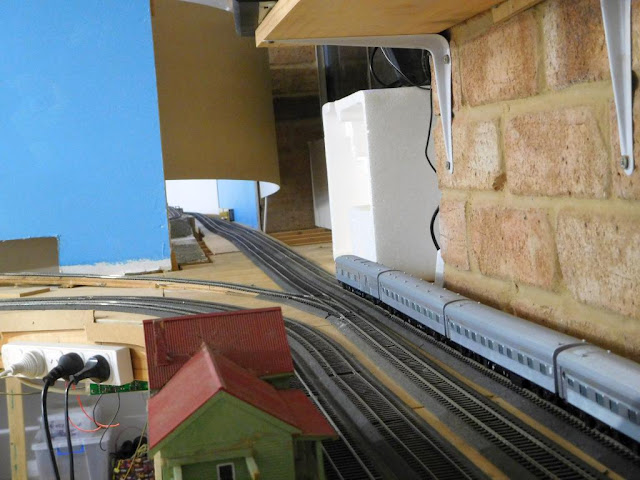 SG and BG track fitted along short wall towards Honeysuckle. 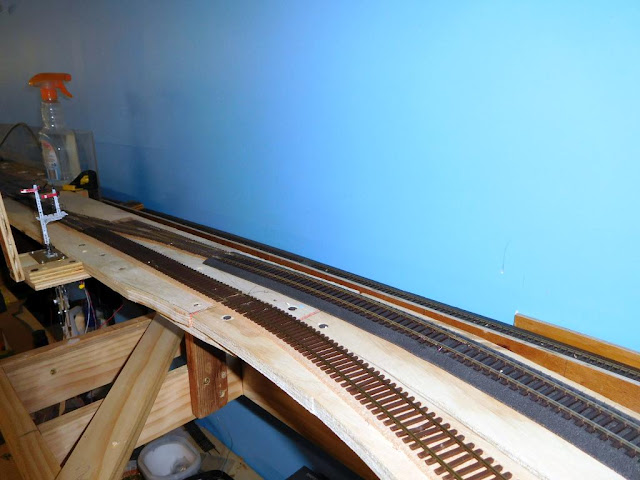 The junction at Honeysuckle 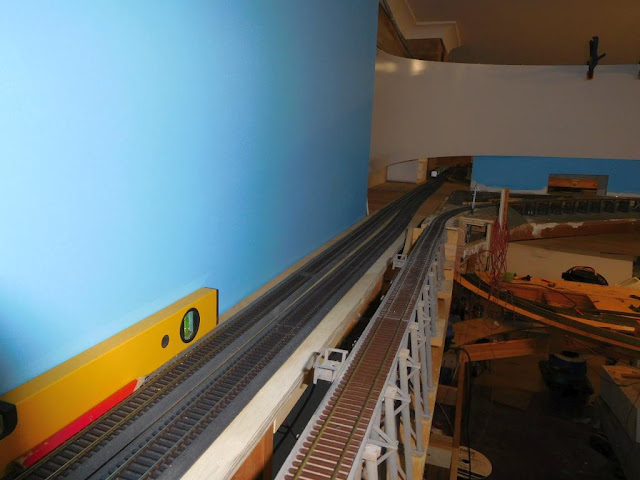 The other side showing the BG and SG connection from other side. Also shows why we had to remove the trestle bridge and open up the gap behind where I need to place a low backdrop to hide the track behind the bridge. 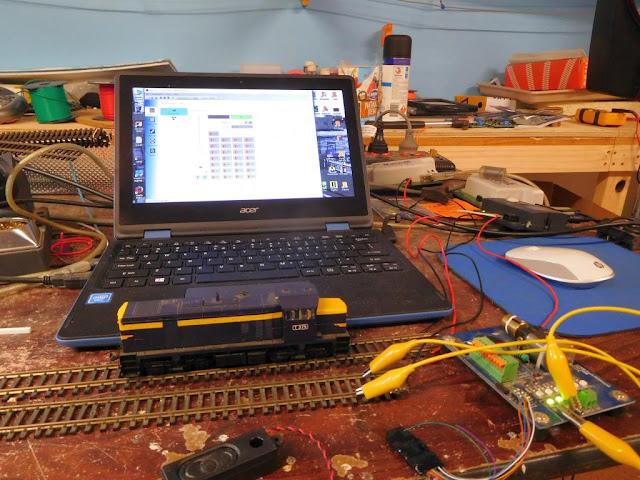 And after all this time the ACER now shows Decoder Pro and ESU Programmer. The Fix?
Well I was trying to save space on C Drive. Acer loaded Win10 on a 28gig SSD and so win 10 used 13 gig of it. I added a SD card with 64 gig on it, and loaded JMRI on this card to save my C Drive.
The fix? load it on C Drive, and all works.  28 gig and Windows 10? Come on Acer you got to be kidding!
Cheers
Rod Young
Posted by comtrain at 11:08:00 pm No comments: