Roger and I had a side trip on Saturday. WE visited our old friend Colin Hussey and his wife Julie.
We were well entertained and enjoyed our visit. As always I was looking for hints and Col stepped up and showed the work he has completed on his Model Railway which is situated in a large shed.
The theme was to be backdrops and as Col  introduced me to the sheets I purchased, it was good to see how he treated them on his layout. Let the pictures tell the story :) 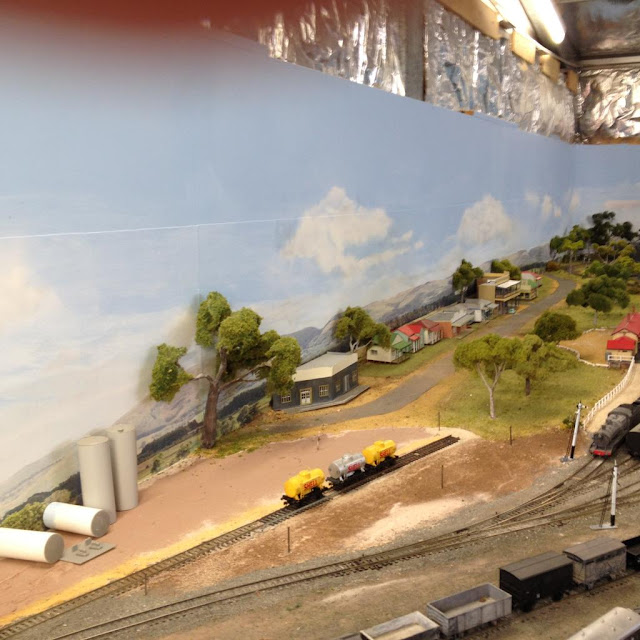 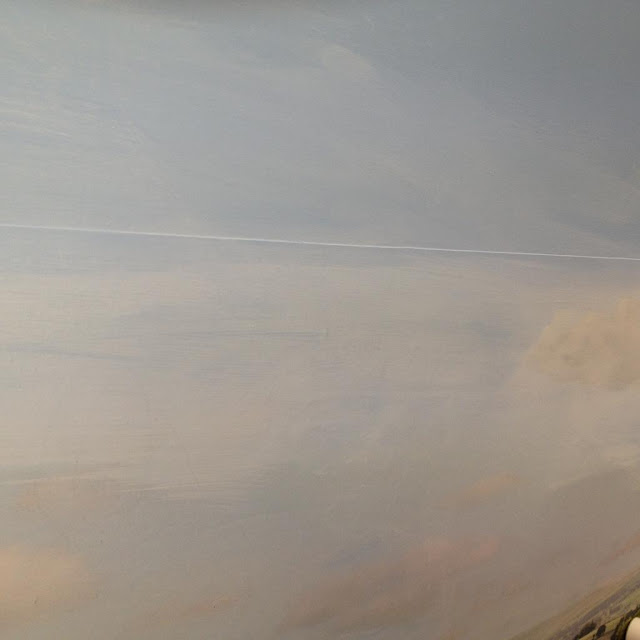 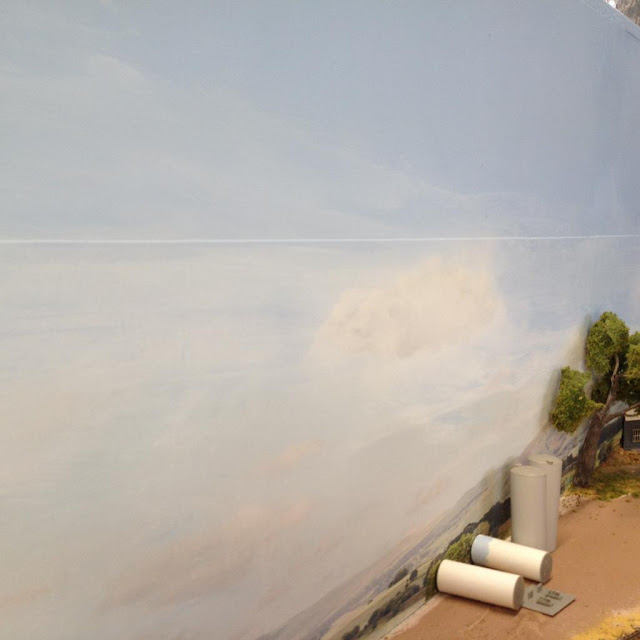 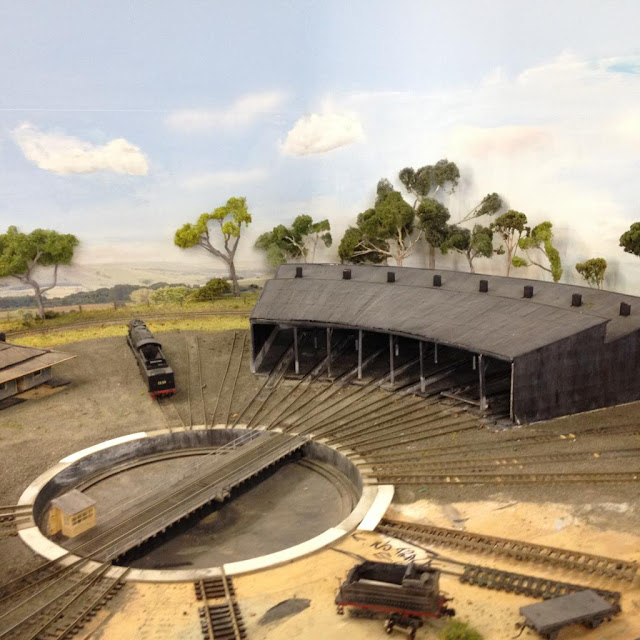 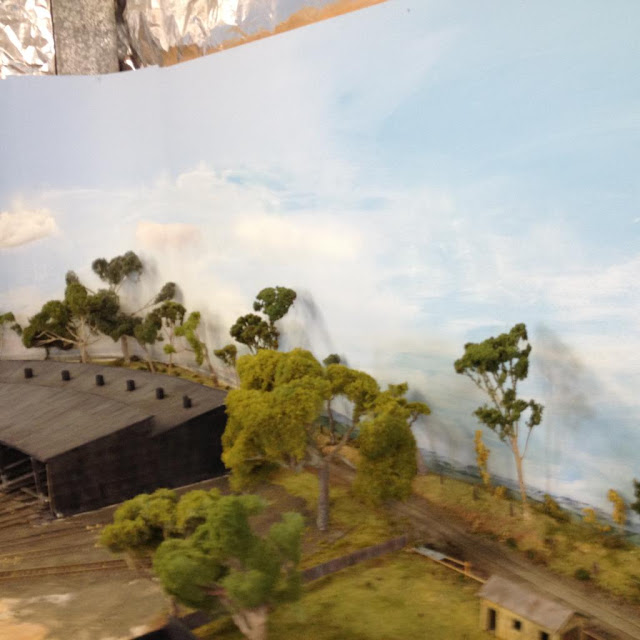 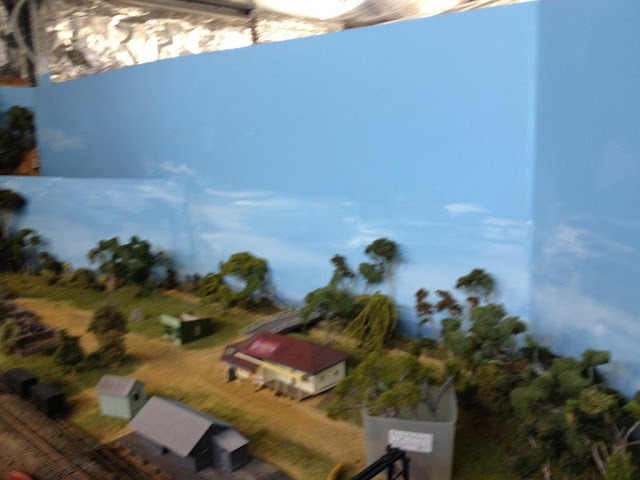 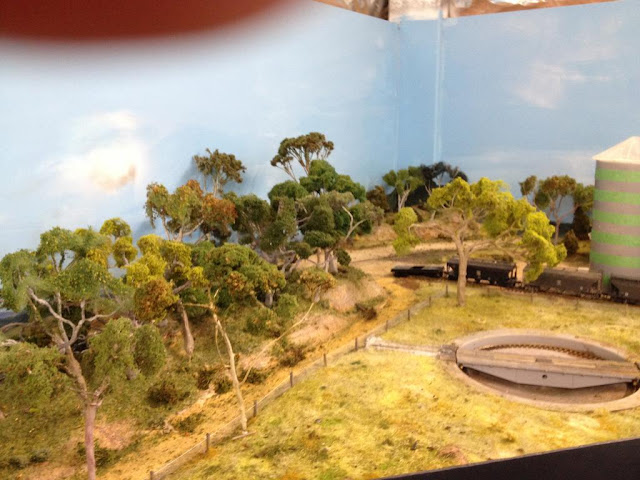 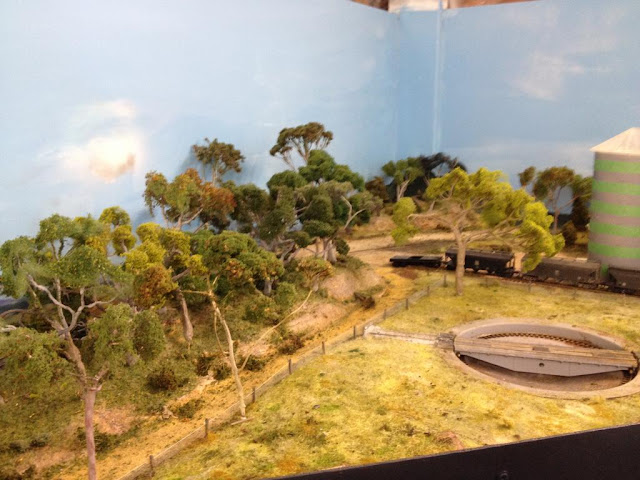 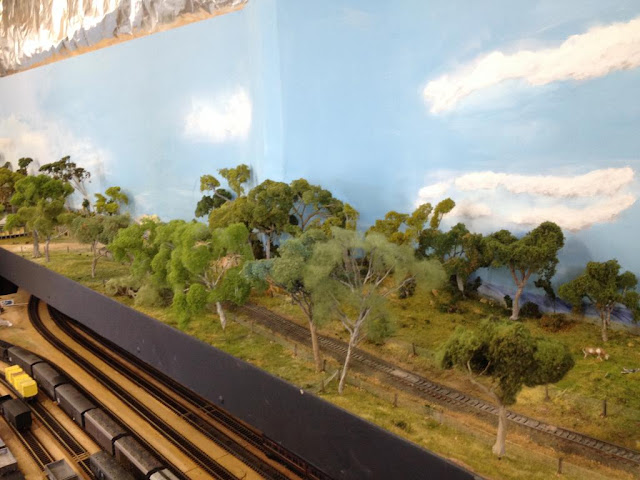 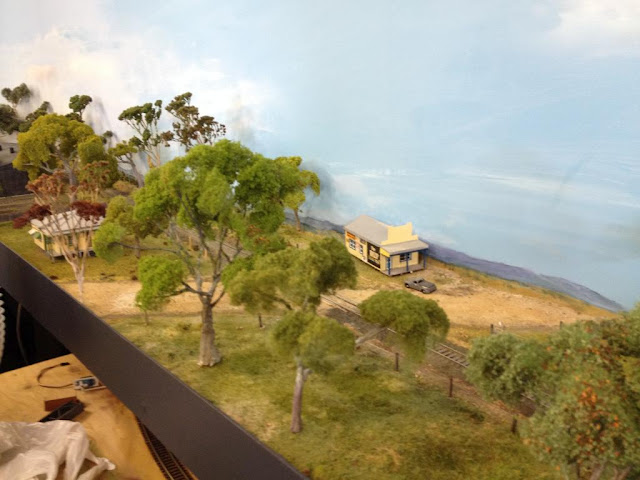 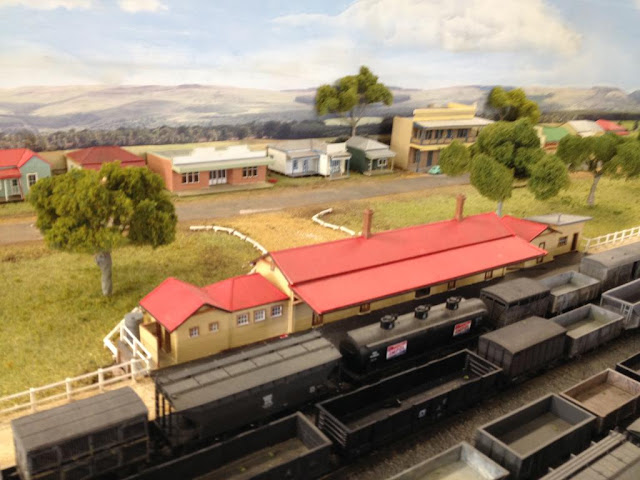 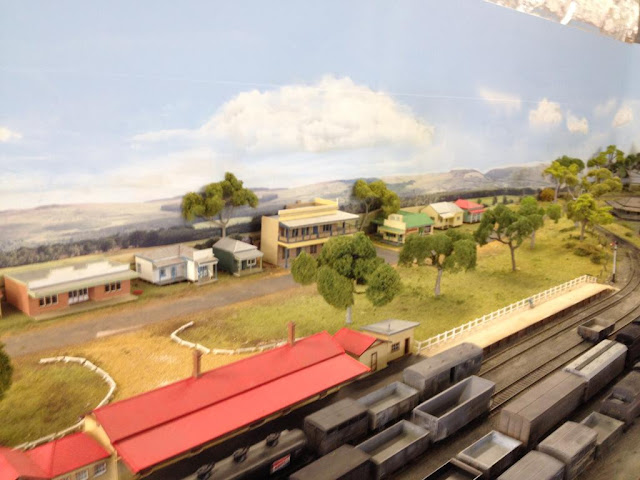 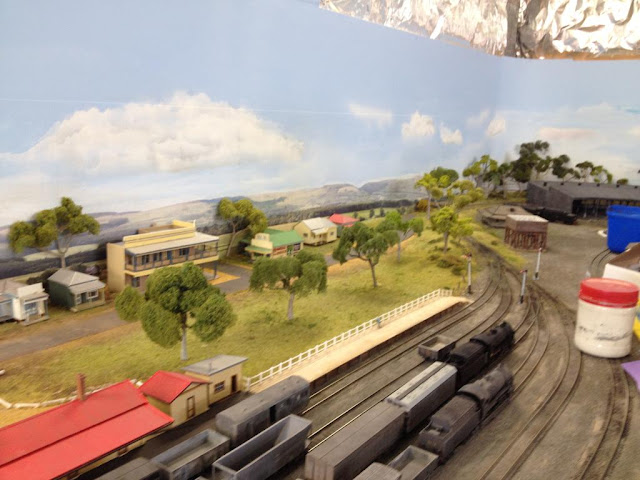 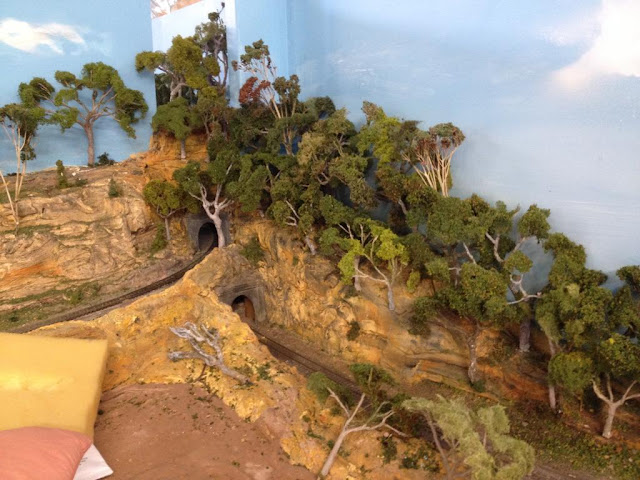 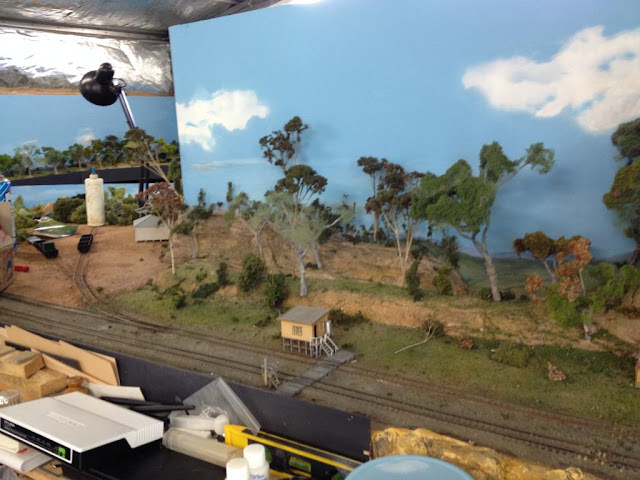 Nice :)  The clouds are made using templates of real clouds and then touched up with darkening pigments using an air brush.

So I found a three way code 70 point I did not know I had.
Fortunately it does fit exactly into the foot print of the existing three way point which derails everything that goes through it. So out it went, but first I need to work out how to install a DC Point in a DCC railway ?? 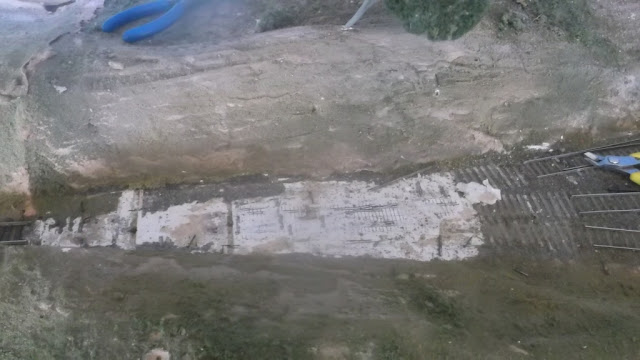 Clearing the roadbed, ready for the new point. 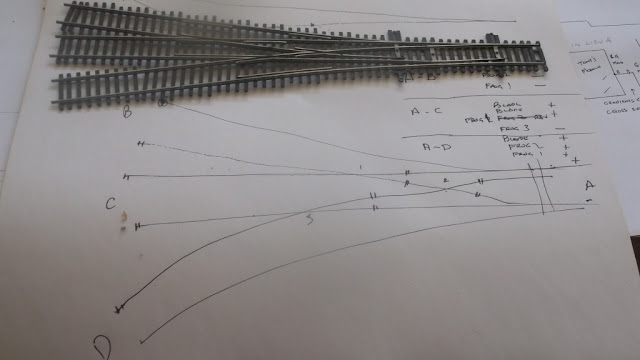 So I guess we need to cut between the frogs and the point blades?  That said, their are three frogs, and each route uses only 2 frogs.
I am definitely using a Hex Frog Juicer for this point :)
Only one cut will give me trouble, mainly because it is so close to a point blade.
Cheers
Rod Young
Posted by comtrain at 3:01:00 pm No comments:

Well Liverpool has come and gone for another year.
Roger and I made our third (or is it 4th?) pilgrimage up to the sprawling big smoke (Thank God its this side of Sydney :)

Spent a lot as per usual, strangely did not bring a huge amount home with me :)

All Aboard had its 40% off Sale so we called in there on the way up the Hume, and I stocked up on ESU Loksound  and TCS Wow Decoders.
At Liverpool, I paid for the SDS 80 foot flats and forgot to get the Victorian fuel tanks. However remembered the Bunge Flour pots ;) 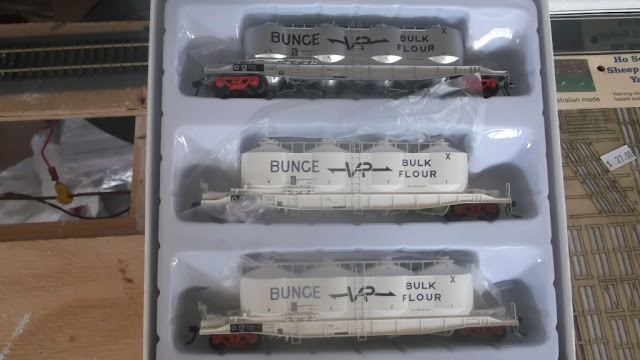 Austrains had some great specials and I bought a few more NSW 4 wheelers to populate Grafton, and as well I got a bargain 35 Class. But it was a silent one, so I had to buy a Wow to make it just as noisy as the rest of them Only cost me $200 so I was happy with that. 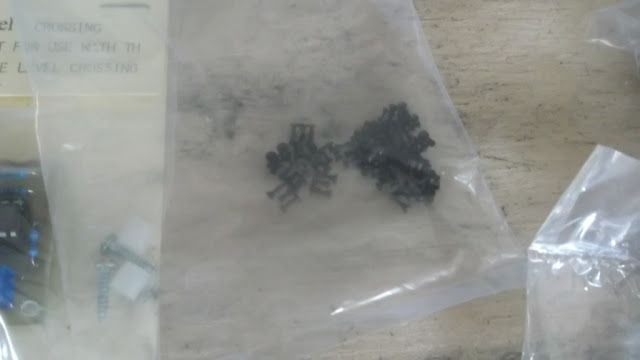 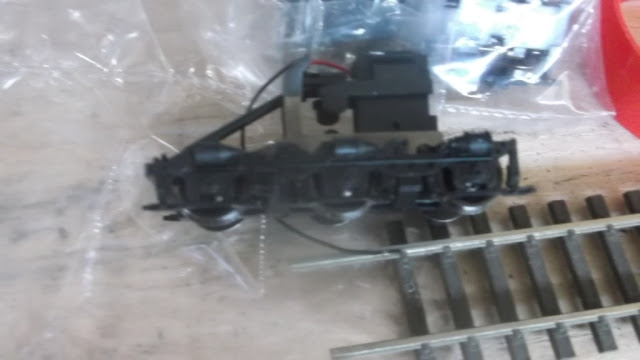 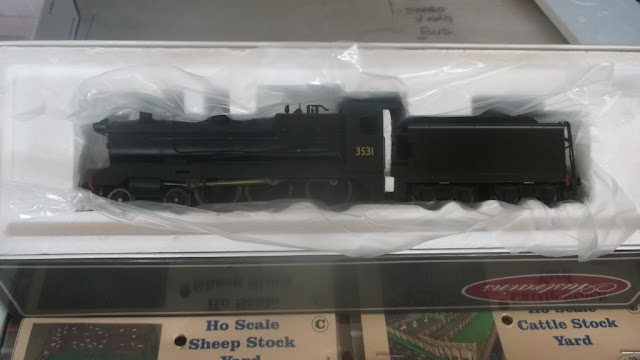 Got an automatic reverser for the second reversing loop as well. Also picked up a couple of SAR Billboard M vans, they looked really nice. 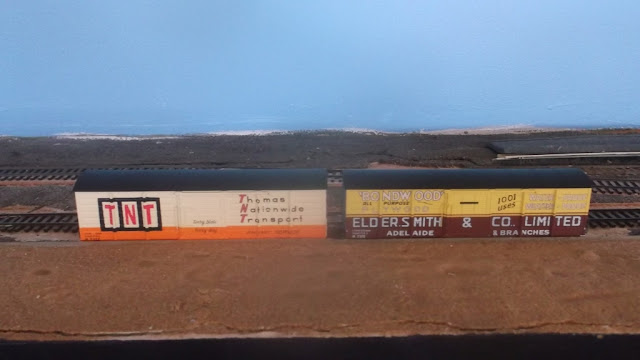 Also got some nice level crossing flashers and a Stock race for Wodonga, a bit of glue to stick them together. 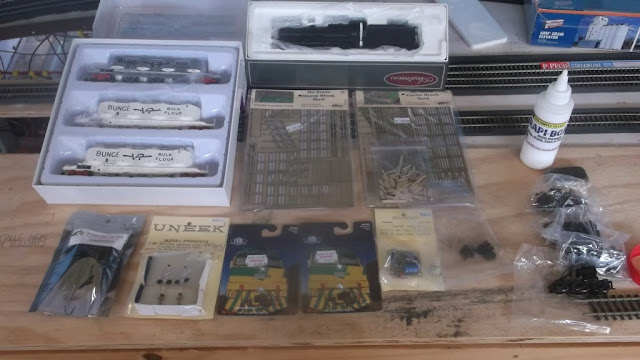 A second Auto reverser for the Wanganella store roads. 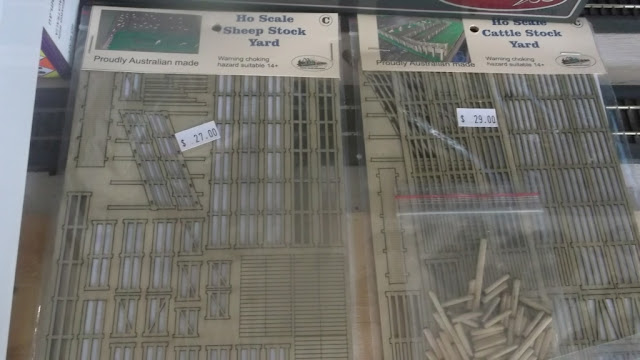 Going to see if I can make the Stock Race look busier ... 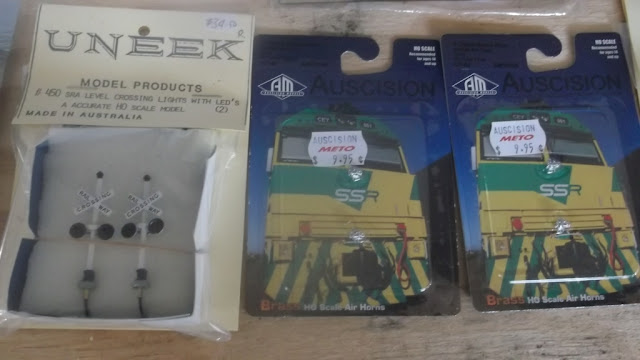 That has got to be the smallest purchase ever from Auscision :)

When we got home, Roger happened to wonder out loud about all the NSW wagons I purchased, and that led us on to my South Grafton Extension. This of course led us to the plans, and a drawing of the proposed extension to the layout.
I think Roger has helped me a lot, and his scale drawing certainly led me to think that this extension will be well worth while.  Pictures to follow when I get batteries for my hand scanner :) 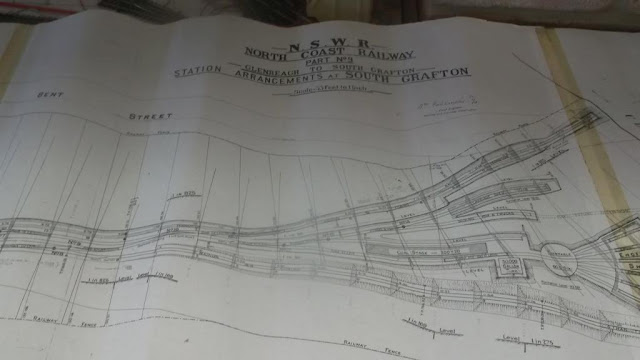 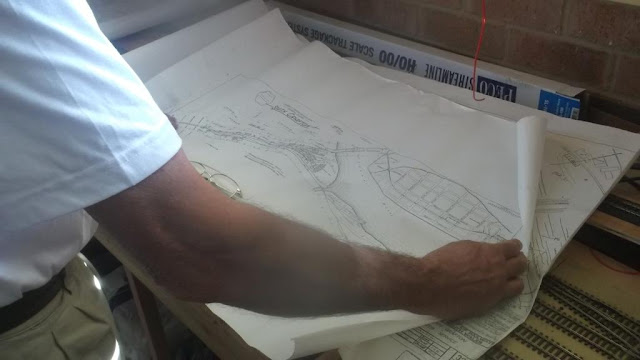 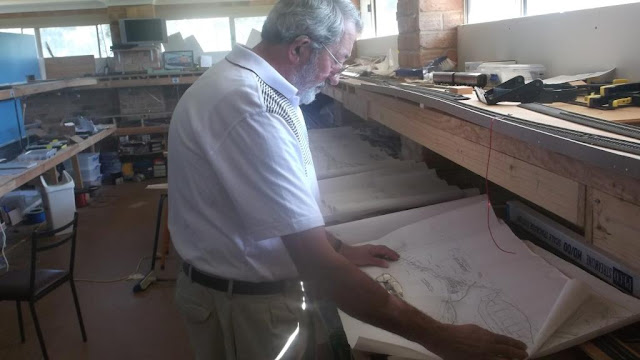 So after examining the Rail Diagrams (Aboout 9 of them from 1920 To 44 we sat down with a rule and a tape measure and came up with this.

It seems to work. Even though we ran a Victorian branch line into this area it is on the top level and visually separate.
Grafton to Albury Exchange sidings is a fairly long way, and add NSW trains operating to Wodonga Coal Sidings and Cattle race, allows for a lot of operations.