So we finally worked out that Al's B Class was defective. I built another B up using a similar sound chip and speaker, and Al took them both home to test. The original kept derailing, and the new one ran just fine, apart from having working marker lights but no headlight.
So I lifted off the body and swapped it with Al's and put the faulty chassis into the parts bin. I bought a few cheap B's for parts and put them into service, because they appeared just fine. So parts are a good thing, just in case :D 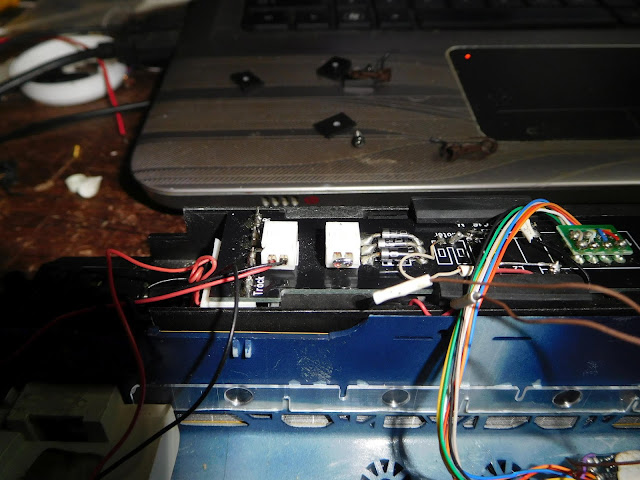 When I had the top off, I tried to find out why the headlights were not working. I started to think about the switch in the fuel tank, and what it did? Of course it turned off the headlight. So I shorted out the plug and got headlights. The male plug is fitted to the socket without wires shown here. 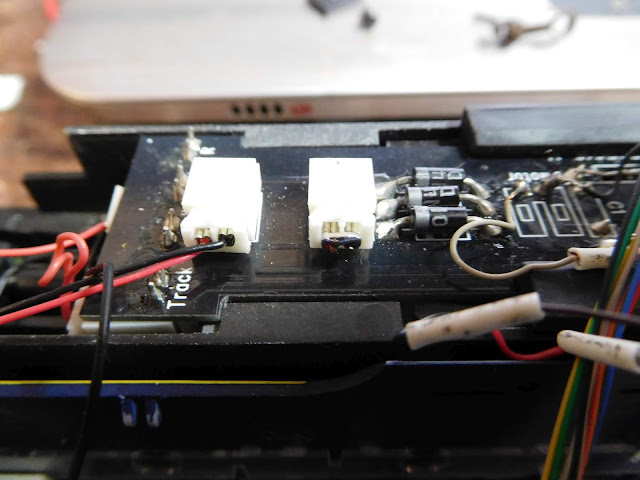 Closer up. I need to permanently join these together. 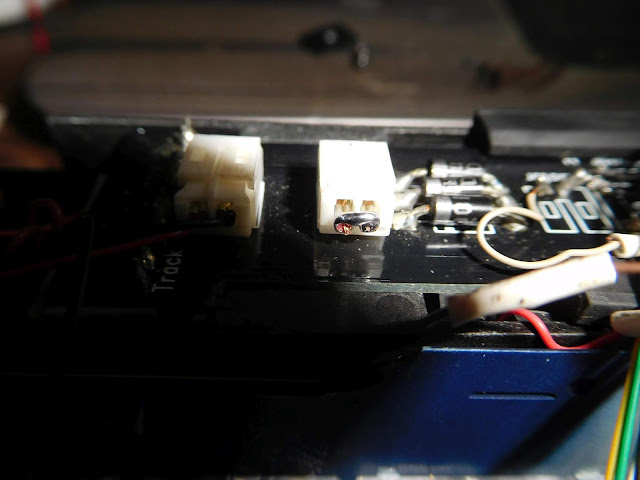 Quickly solder the plugs (wires had been cut off neatly leaving the crimped connectors inside) I released the connectors with a hobby knife and slightly pushed them out with some piano wire. 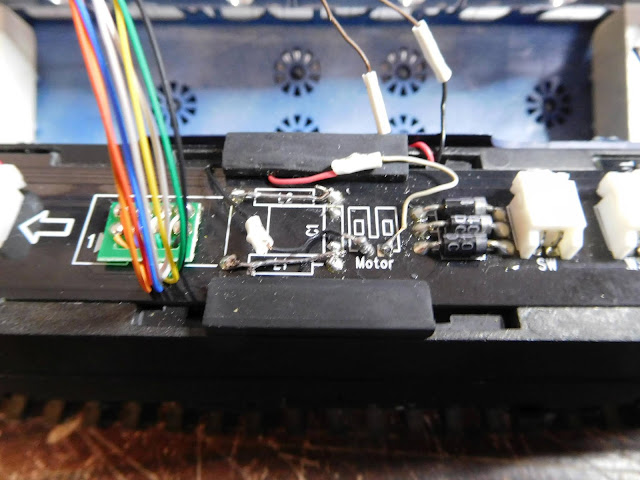 And while I was here, I took a shot of the space I created to snug down a full sized Version 4.0 decoder on board. The wire bridges were formed by soldering in the ends of resistors after snipping away the green parts at L1 and L2  The Capacitor C1 was also cut out, but not bridged with wire.

The decoder now snugs down another 4 mils and the roof fits on without touching ;) 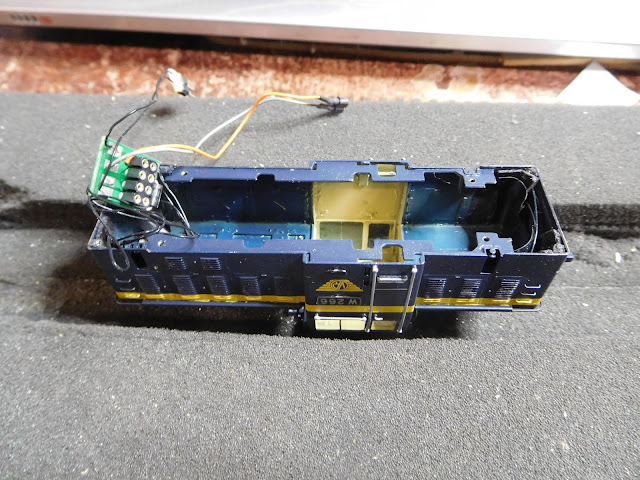 
I am the King of messing wiring!  maybe these clips will help? 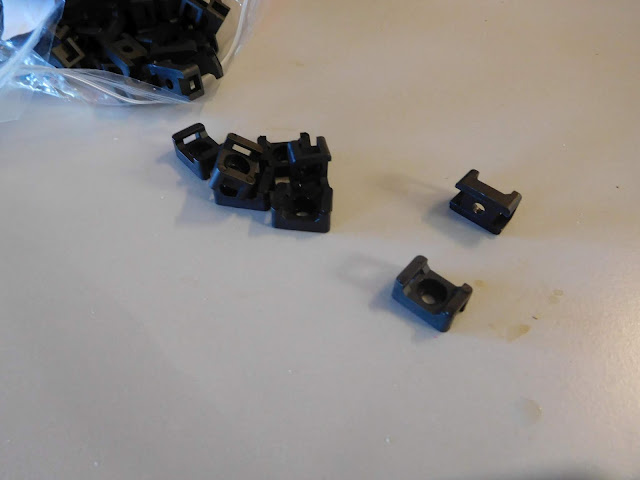 I have seen these before (on Honeysuckle) But they were stickons, and the wood was not a good surface to use them.

You screw them where you want them, and fix your wires in position with a short plastic tie!
How easy is that... Yeiii  no more hanging wires, I hope.
Cheers
Rod
Posted by comtrain at 3:53:00 pm No comments: