STOP PRESS
Auscision are showing off their latest (best yet) 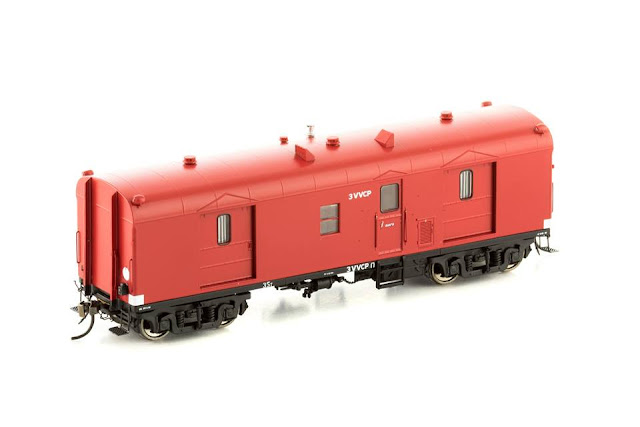 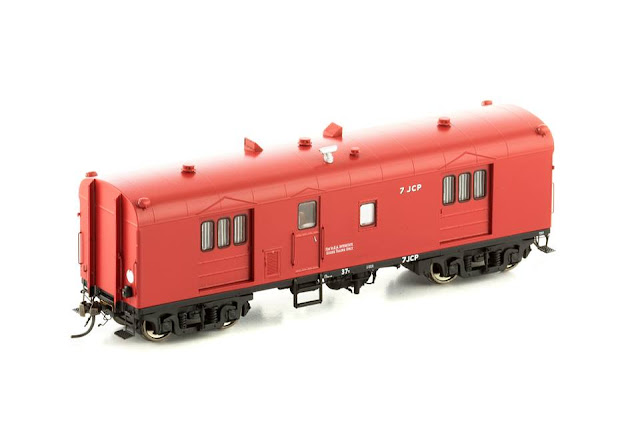 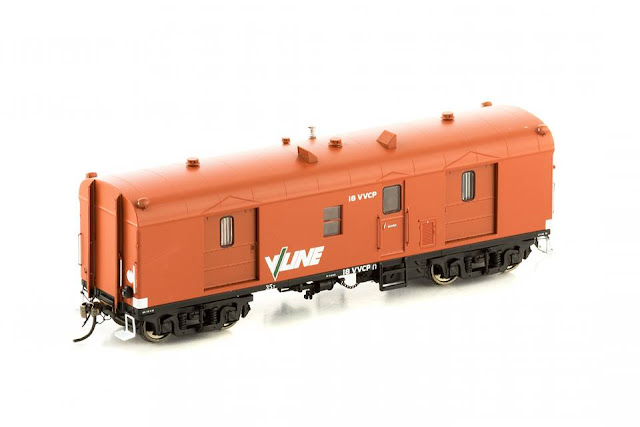 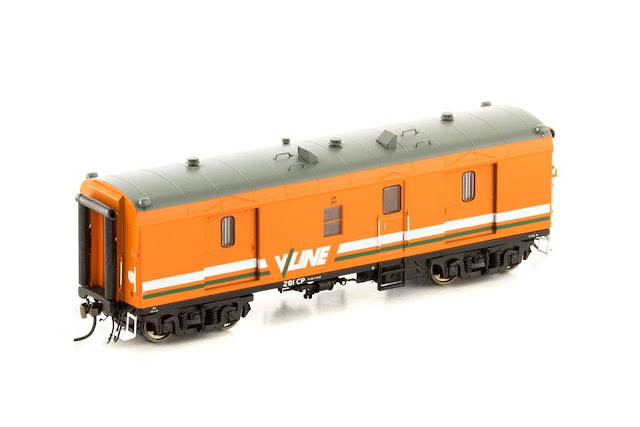 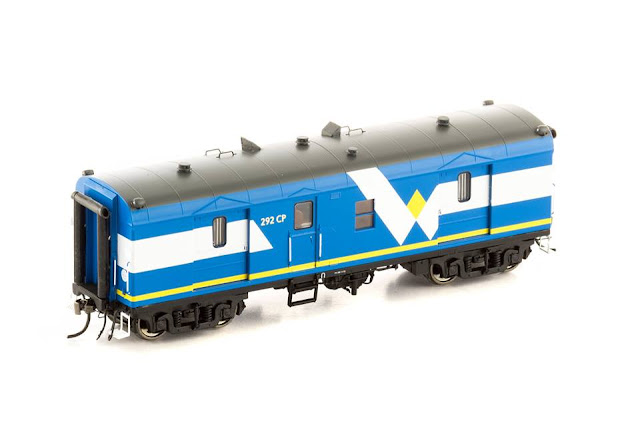 Production Paints. I don't think they will change much on these. Hopefully depending on production slots, earliest June? Most likely August for Caulfield.... Anyone? 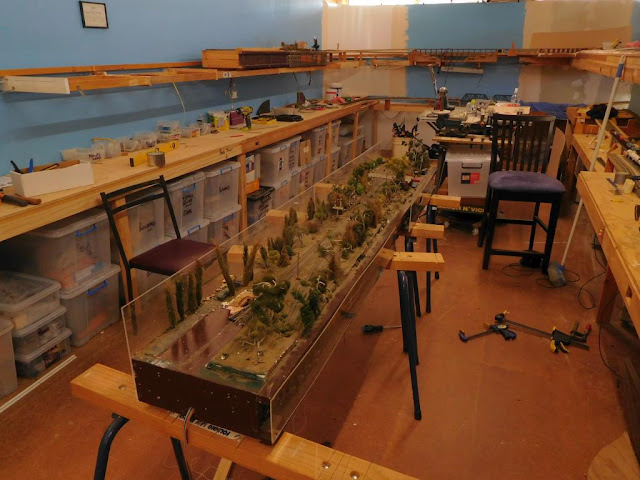 Al and I pulled HoneySuckle down and connected up the DCC and the wiring looms. Then bolted two modules together, and lifted up the two pairs and placed them in position. When all tracks were lined up, and the two pairs were wired together with provided jumpers, we bolted them together after lining them up. 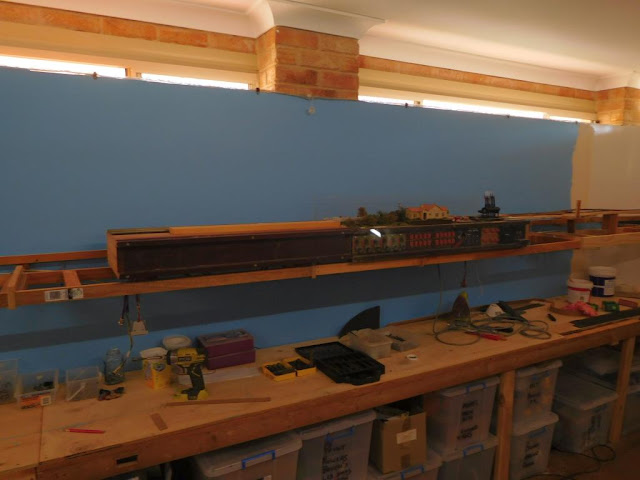 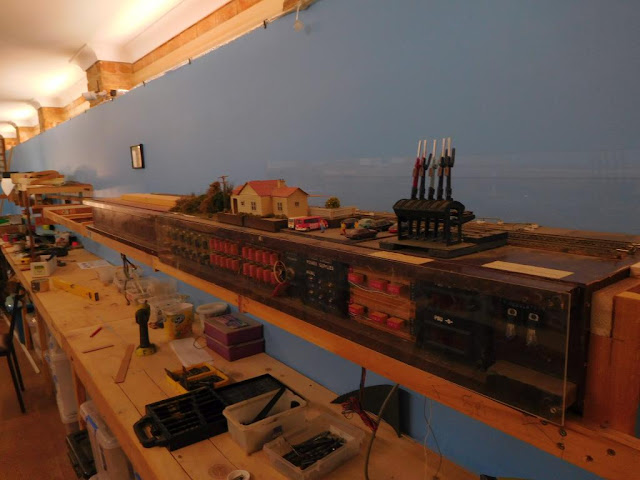 The lever frame was temporarily left in position. However it will be removed and replaced with a new frame mounted lower down and to right of module, built into scenery. 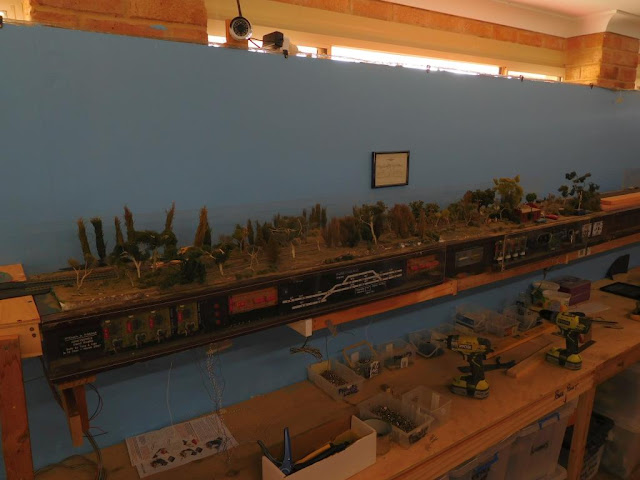 ok after months spent on this project, its in and we only need to know that the electrics are still ok.
Don't be surprised if it takes some time for us to test it. We want to move on for a while.
Thanks to Al as always for lending me so much support and helping to move this layout along. 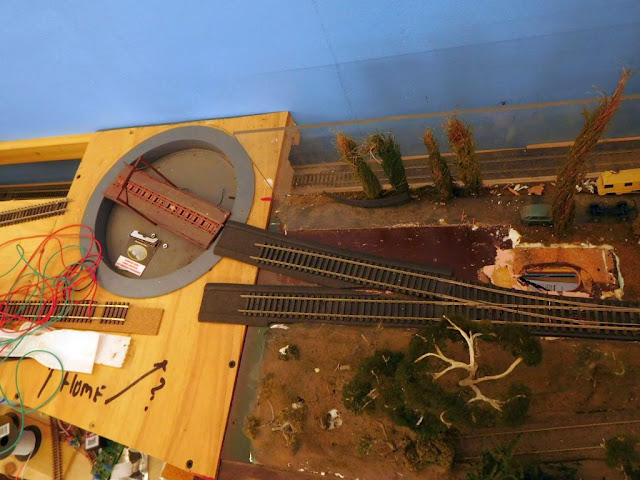 Whilst on the trestles, we installed the points and fixed the new track for the turntable in position.
Got a hole to fill and another almost the same, but on the other side and a foot to the right of picture.
Cheers
Rod Young