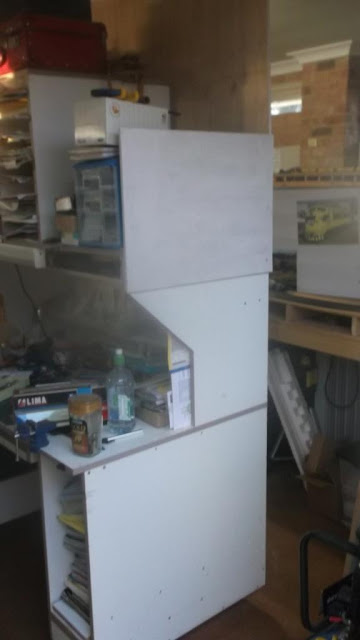 The work bench used to sit against the wall, but after I moved it to the other side of the doorway, I created a problem. I usually store dangerous stuff on top, out of reach of the youngsters and in easy sight. Moving the bench here meant that if anything fell off the back it would land on the loop storage roads, and it did, stressing the track and causing it to be unusable.

So two fixes. First use some spare ply to build a back and side on the bench to prevent stuff falling off.
Then paint it to make it disappear (easy to see why Graeme paints the back drops ,eh? ;) 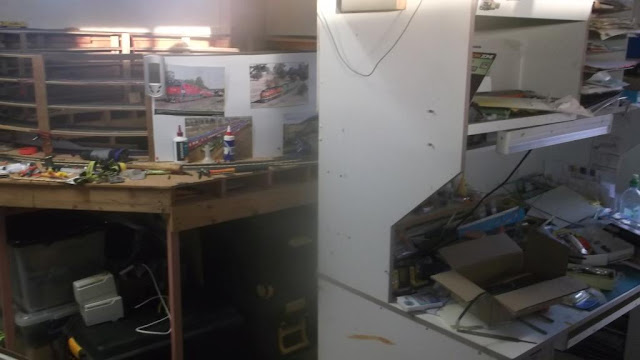 With access created (the bench is on wheels) it was time to fix the track. 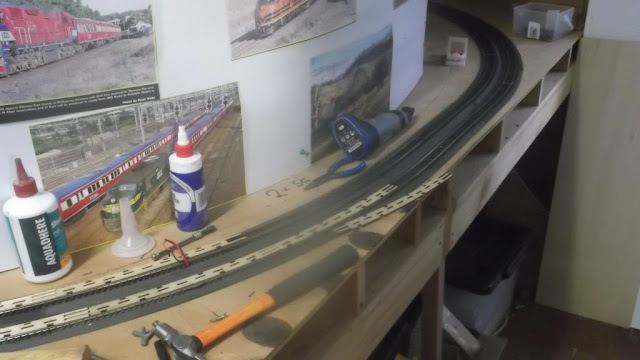 Rather than fix it, I decided to replace it. Actually now that I have located all my track tools, it might be a good time to continue laying the silo roads and fix a few other problems, that do cause derailments in a few places. 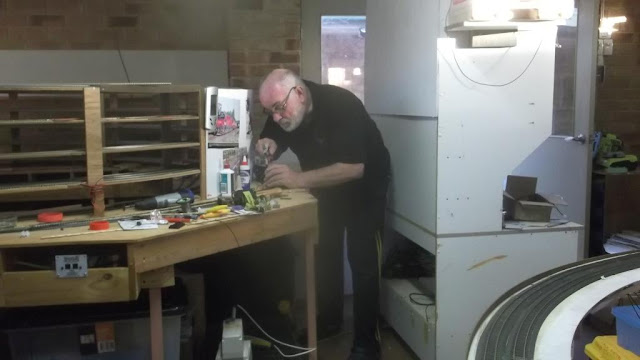 Putting wheels on the work bench was a great idea, particularly as it blocks access in its new home.

Well it was really only a few hours work, but it did keep the ball rolling, didn't it?

Cheers
Rod Young
Posted by comtrain at 6:50:00 pm No comments: