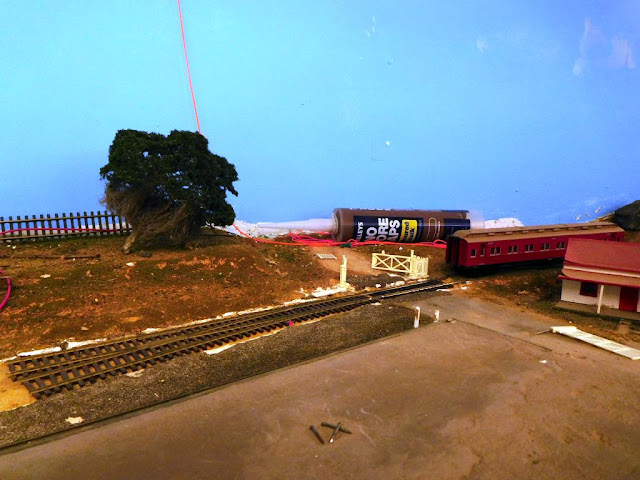 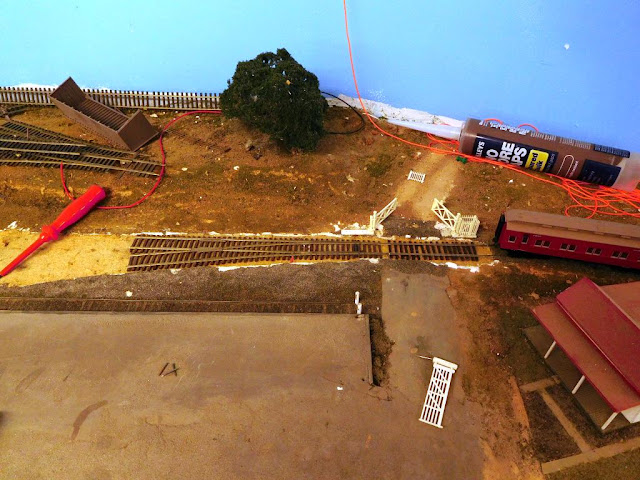 I decided not to go with the filler. Not sure I did the right thing though.. The new track is slightly, perhaps 2 mm, lower than the old track.. thinking... thinking... 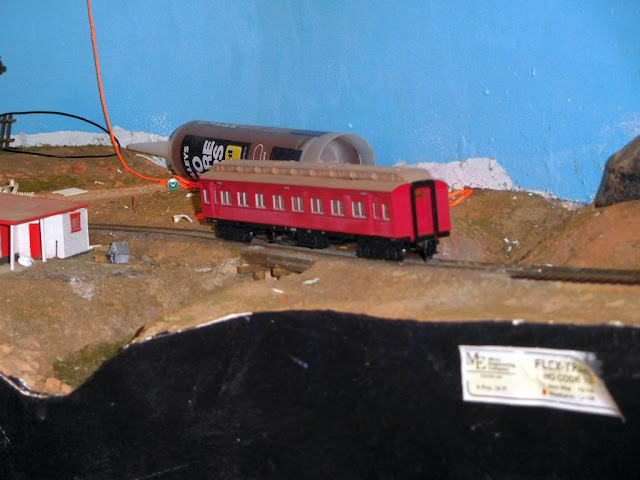 From this angle it is not so bad, and from 5 feet away and eyeballing it, not so bad also. 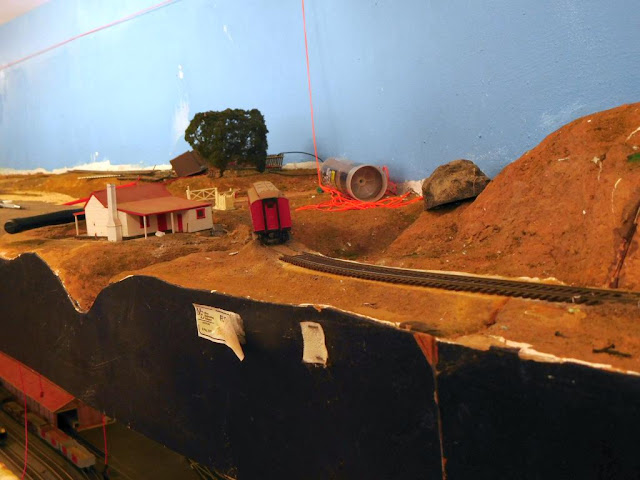 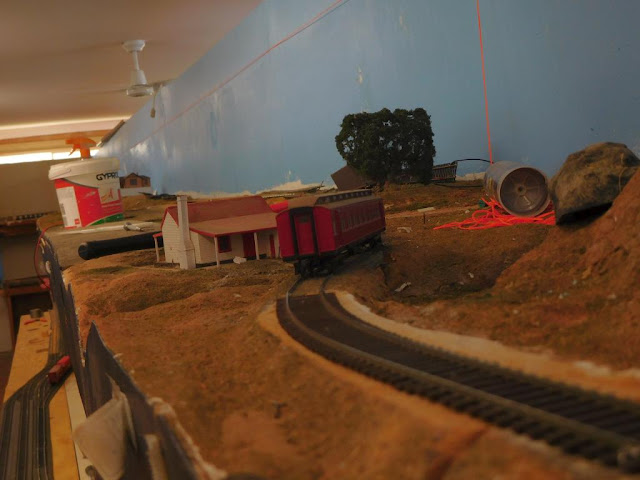 However the camera shows a different story. The reverse camber was built in originally. I am not going to fix it. I need to keep some of the original track in, and its reliable, everything goes through it ok. 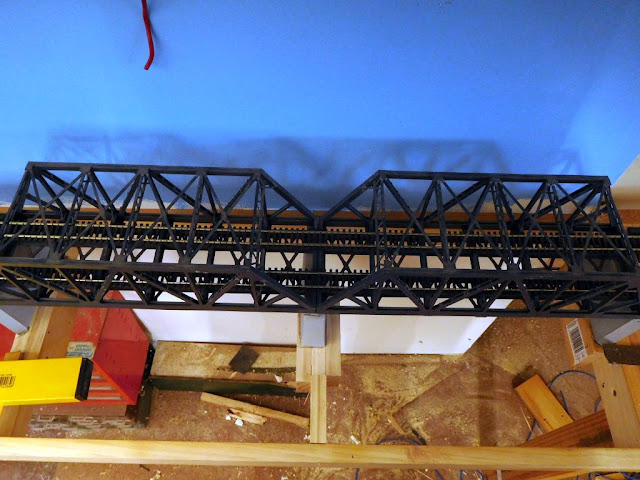 Al continued on with the Wodonga to Albury link and had a lot of trouble getting the track fixed to the bridge girders. Finished up trying several glues. finally fixing it with supa-glue. I had several types but Al was not able to make it stick. Like always, though, he persevered, and Loktite premium did the job. Other supa-glue's we tried were taking too long to go off, and it was definitely not a simple job, because of it. 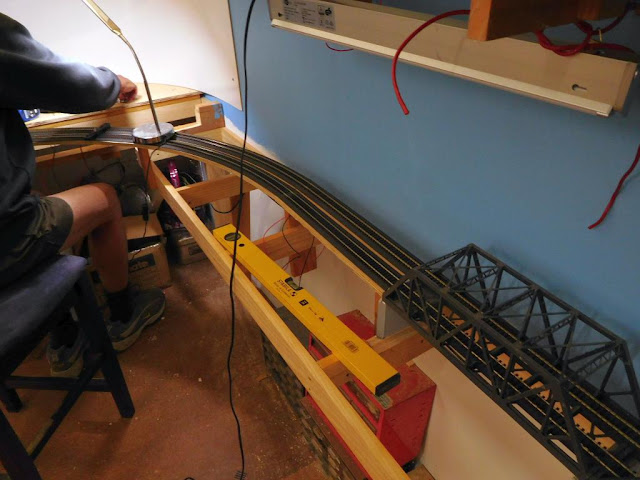 You cannot keep Al talking for long. Back into it and now he has turned the corner into Albury. 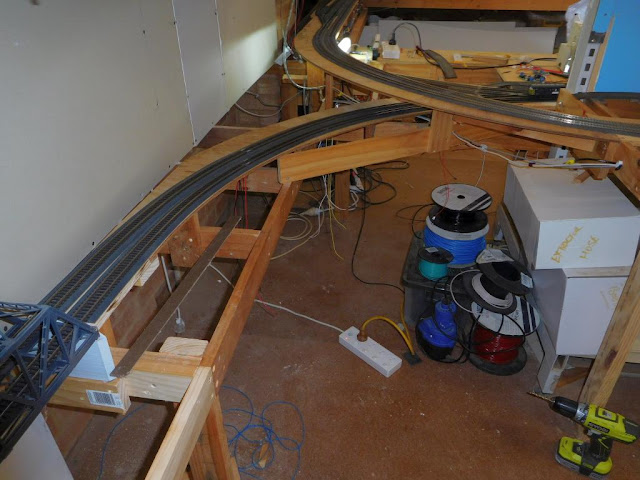 The approach is all fixed down just needs droppers to be connected.

Of course we would like to start laying Albury yard. However that creates a not so new problem. Over the months the Albury Yard has become a dumping spot. and I need to clear the mess... but where too? I am running out of places to store stuff, and storage bins! 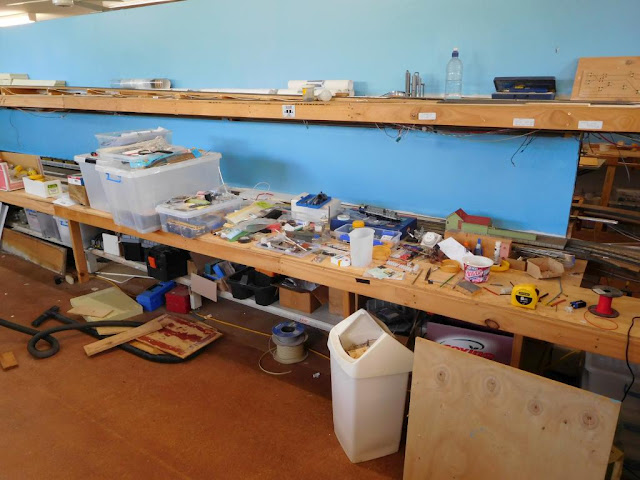 Ah wrong bench, but you get the idea! You can't build on the bench till you clear it off, and to clear it off, you need to find somewhere to store it, and you need to remember where you stored it all  :(
Thanks again, Al for another great day?

Where are you Al?
Oh he is fixing up Honeysuckle, making it safe to remove the modules , to connect them all up, and bolt them together, and fix them in place, our next job!
What was I doing?  Playing around with some Lima 12 wheelers (tams) trying to get them to stay on the track. We fitted KD's and scale wheels, but the bogies were fouling on the couplers on curves. Al is going to see how they run on his layout.
And so another productive Thursday, and a heap of work done...  Closer to running trains.. even  :D
Cheers
Rod
Posted by comtrain at 10:29:00 pm No comments: