Yesterday started off with a 12 volt DC point power grid failure.
It took some time to trace the fault to a broken wire on a point motor, 2 pole Double throw switch. We were moving the switches into the new valence, and some wires needed lengthening. In one case I managed to short out the plus and minus wires connecting to the switch.
Whilst doing this I noticed that my DCC loconet was not as efficient as it once was.
The DCC voltage at the command station is about 13.7 v.
But my loconet is over 51 feet long in one direction and about 90 feet in the other. As well the layout is double stacked. And so I found several ways to reduce the total length.
Several of the latest UP5 installs on the new helix were not actually able to power a throttle. But now I have fixed the problem, and all work. In fact the system is working much better than it has for some time.

As well as fixing the 12v DC bus and the DCC loconet, I was able to  tidy up the wiring, in particular the 12v bus and the reorganized cat cable.
Recently I purchased a securing system after seeing how Tony K. was securing his wiring. It works extremely well. 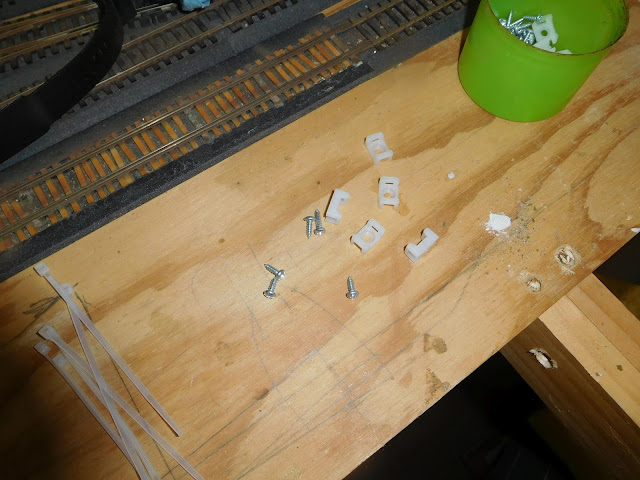 Small clips are fixed to ribs using  small screws (You can get them with 3m self adhesive tabs)
I dont have much luck sticking stuff to wood, and so I chose screws. 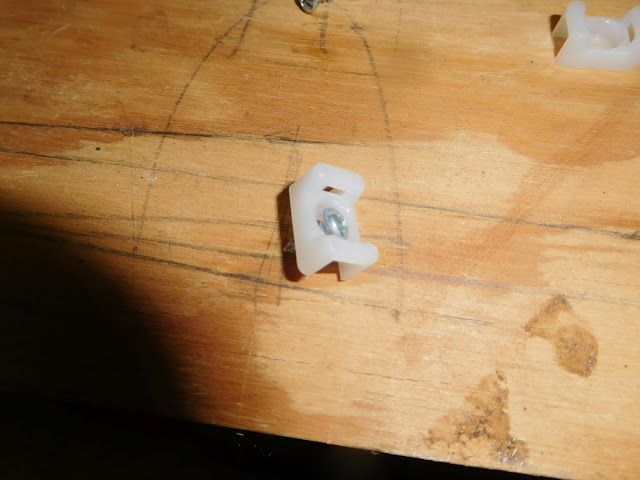 First using the small screw, fix the device where required. 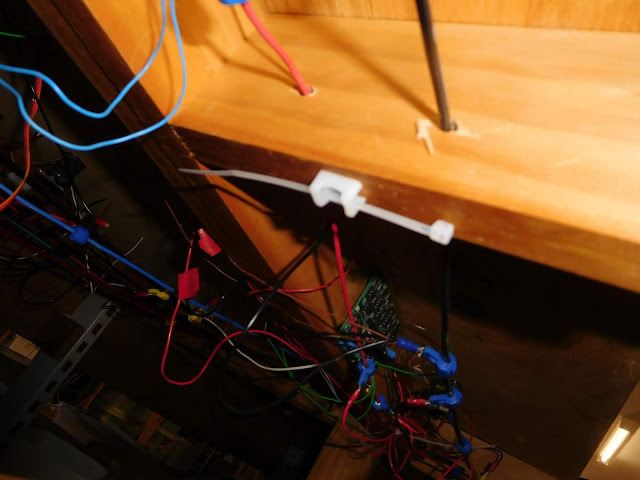 push a zip tie through the slots provided. 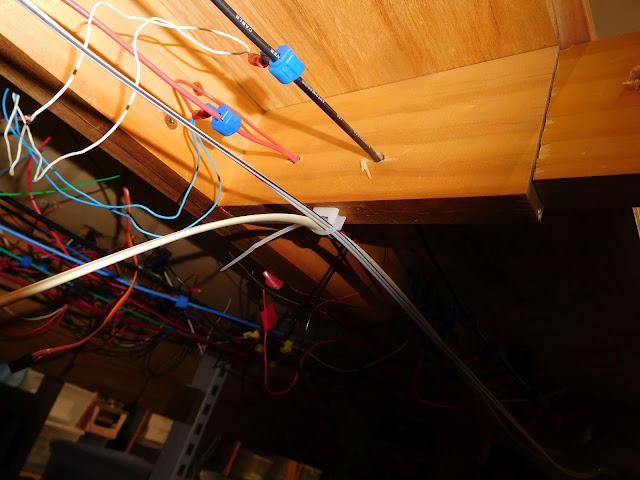 Pull the tie closed and tighten it to the wires.
Then work your way around until you have everything secured and tidy...
I have 6 months of tidying to do :(