Bench work of course is now at a hold whilst I work out how to build the new Helix. Have asked for a quote on a professionally built one, as yet no results to report.

So wonder how Al is going to like doing track work? So with me in charge of the soldering iron, Al attacks the hybrid Kilmore East / Bowser (Both names will change when I think of a new one, of course) three way junction. The real Bowser had a particularly nice three way junction signal, and McKenzie and HolLand are building it for me in co-operation with San Mateo Models who are developing brass frets.

So let the pictures do the talking as you will see this leopard has not changed his spots :( 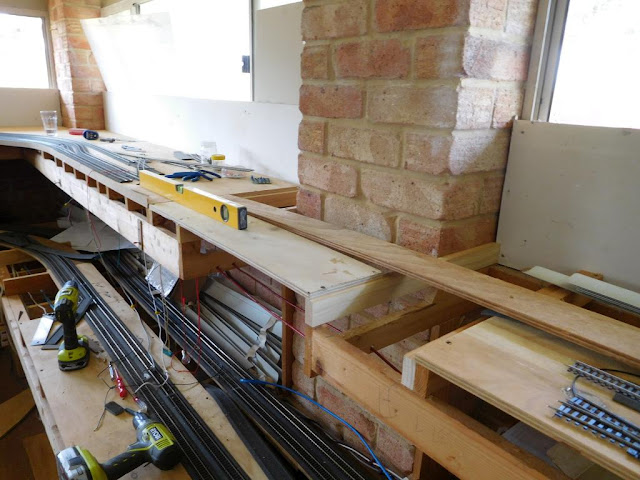 So I cleaned up this corner where Kilmore East Quarry is being installed. Al asked if I had enough room for a 19 hopper block rock, so we measured it out and you guessed it!  it was going to be only big enough for 14 hoppers with a double loco run a round at the end.  What to do??
Most long term sufferers of this blog will know, I built a huge shed to run prototypical length trains.

Where the brick pier is, I had arranged for two  large bridges similar to the one at Chiltern. An older ballasted bridge with brick abutments and piers, and a more modern SG concrete and open sleeper design. That's the area under the spirit level. Ok I have to lose that, fix new baseboards in place and bring Bowser all the way back to where the BG track ends. In the meantime Al connects the SG link to the new territories. Once I work out what I want here, Al goes on and replaces the baseboards and removes the surplus track. 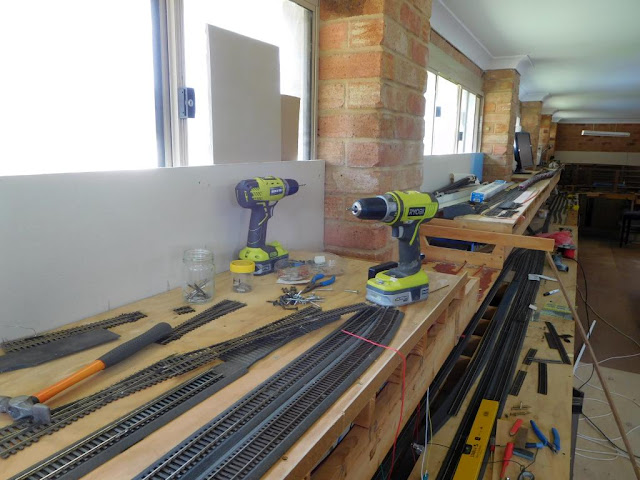 So all this was removed. 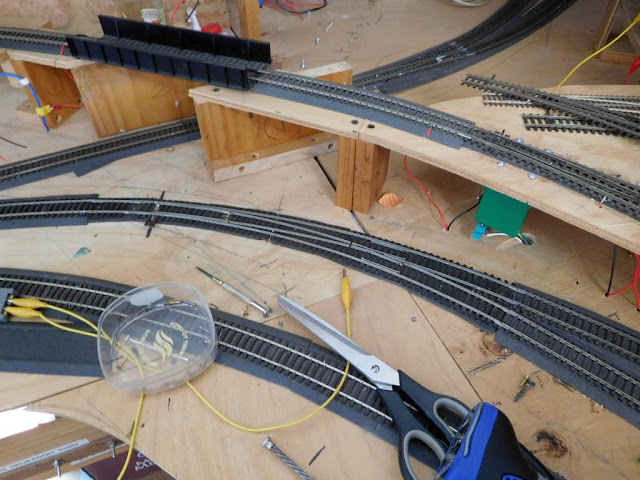 Now this is a Shinohara DC point I had modified. It worked, sort of, but if any vehicle was going to derail, it would happen here. I stripped the point down and insulated the swing blades from each other used fish plates to connect them to the frog extensions and soldered the plates to the frog. With proper gaps a wire connected to frog, I connected it all up, and straight away my main short disappeared. The point was modified properly I thought, and using switching relays should have been ok. However obviously something was missed. I ran trains through both sides of point and could not force a derailment either. Good job! :) 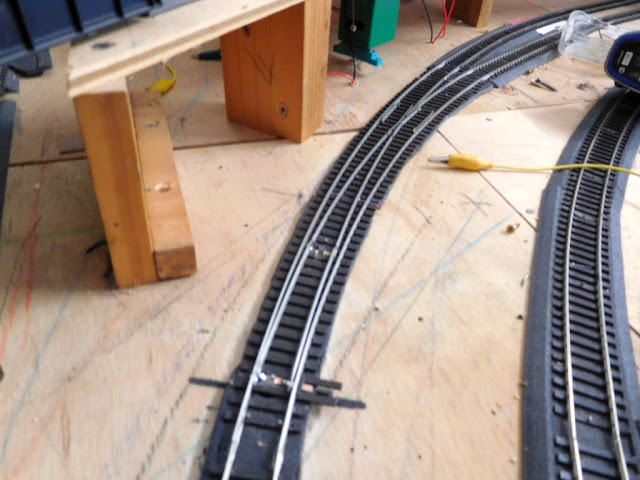 Even looks better with an in focus picture :( 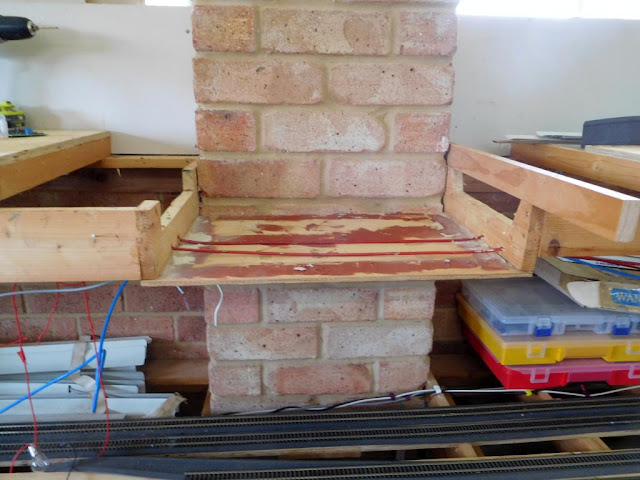 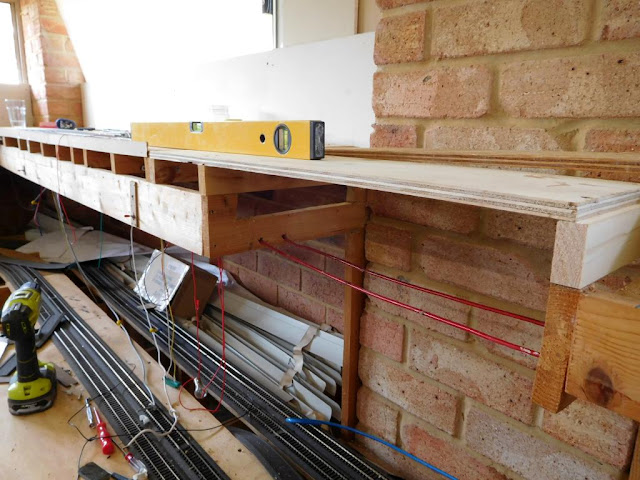 Next job is to mount the track, adjust positioning and install points and motors.