2017_08_24 Well we are back to normal and our regular workday produced great results today.
First of all, Al completed the track laying at Trentham, and also completed the silo area there as well.

My job was to start mapping out Albury yard, which we will need to work out our approach to the Helix. 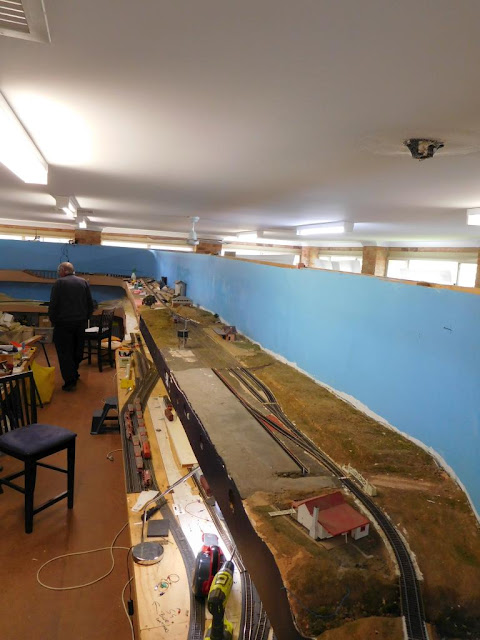 So rolling tests were all excellent. Al was pleased with his work, as he should be. First time trains can run on all tracks reliability since we started this project. Thank Goodness ;) 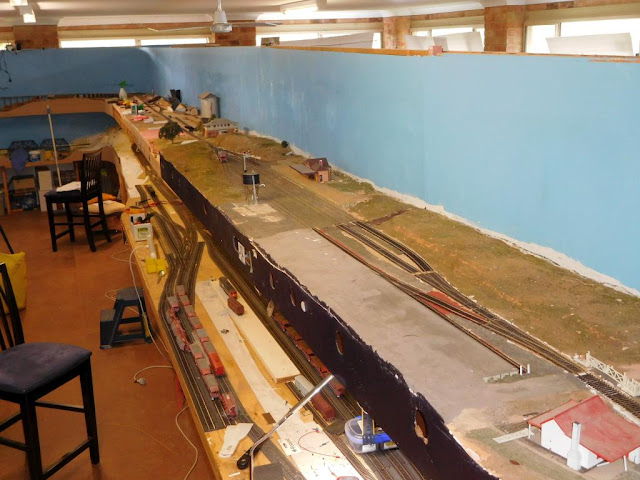 I was supposed to do the wiring and hook up the point motors. Finished up finding some defective track, which took a little time to adjust. Also broke a tie bar trying to attach a motor, and only option was to pull it out and undo some of Al's good work.  It always happens to me, and I am sure it is not that impressive to Al :(  Anyway we both got it all finished and running before 5.00 pm, official end to Alday. 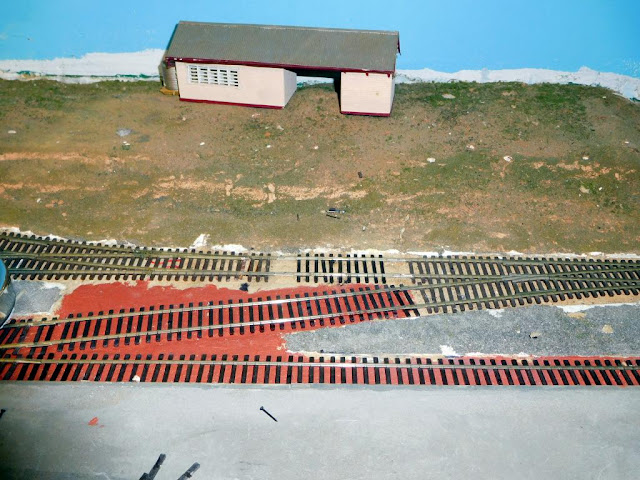 Whilst I was fooling around with wires and point motors, Al completed the second track at the grain silo. 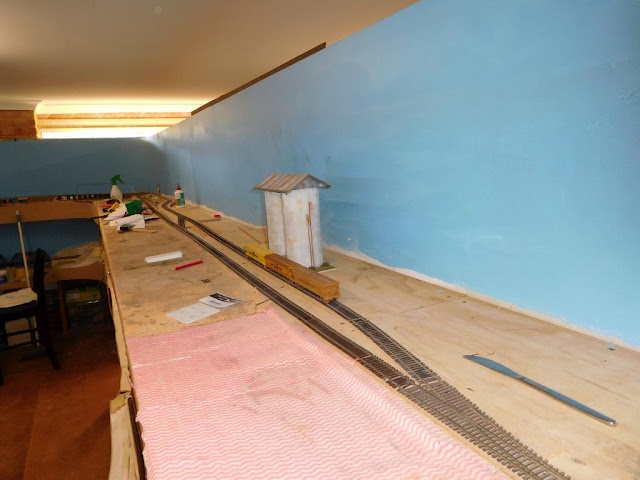 Looking at it, I am going to have to cut a point in this end, as a head shunt. The other end is actually supposed to be a temporary connection, using the head shunt, whilst Honeysuckle was bought on line. If it stays, it will have to be out of service during grain season Ha Ha 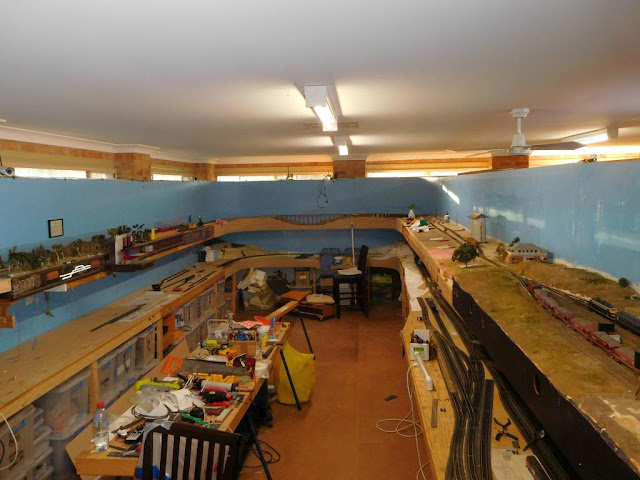 So now we have finished track, wired in on the branch line from Bowser all the way to Honeysuckle. However I need tony ,now to come and help me wire that station in place. I think it must be a big job, as he is not enthusiastic about it ;) Which brings me to my job. In this picture you can see I have started to chalk out the south end of Albury yard. 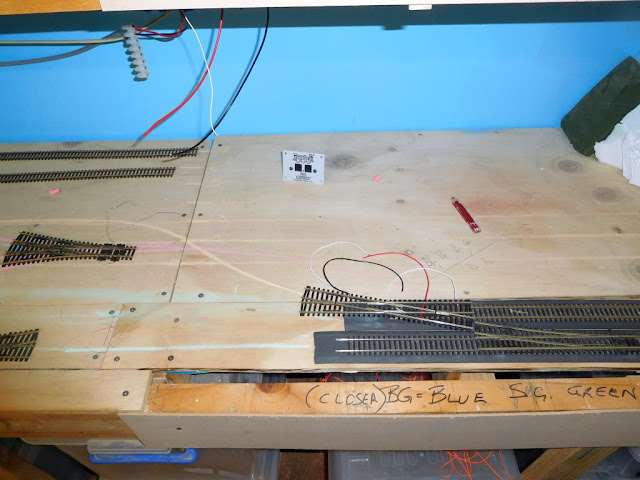 The three way point is through road, runaround road and platform road
The point bottom right is the BG crossing the SG track and it then goes above the three way point to form the two BG roads down past the Station box, and crossing the main lines after the platform, to proceed to Elders and the Flour Mill.
As  you can see I need to work out another way to do it, as its much too tight here. 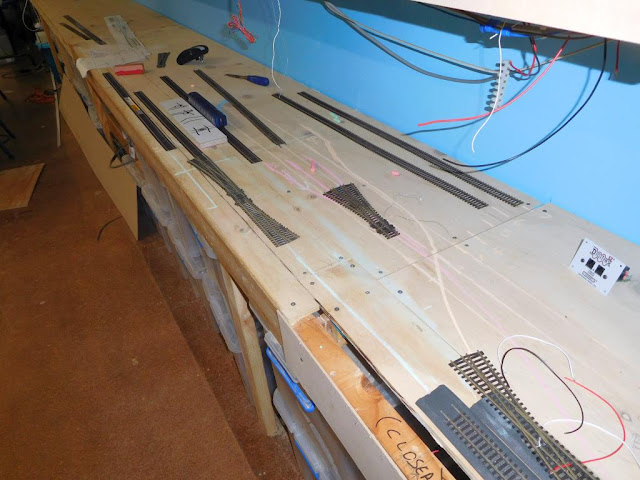 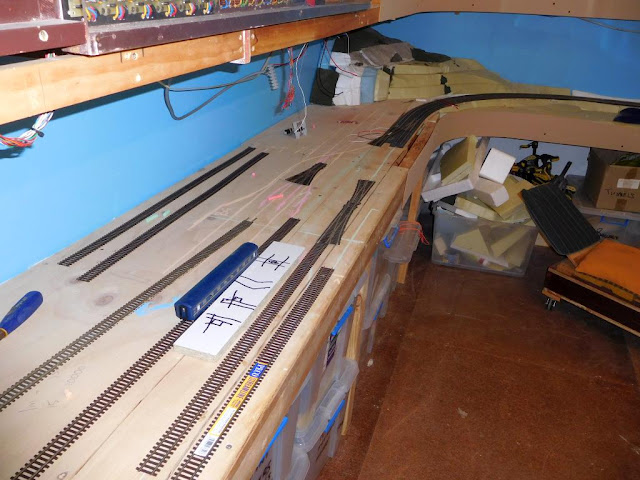 Sorting out the BG platform roads. 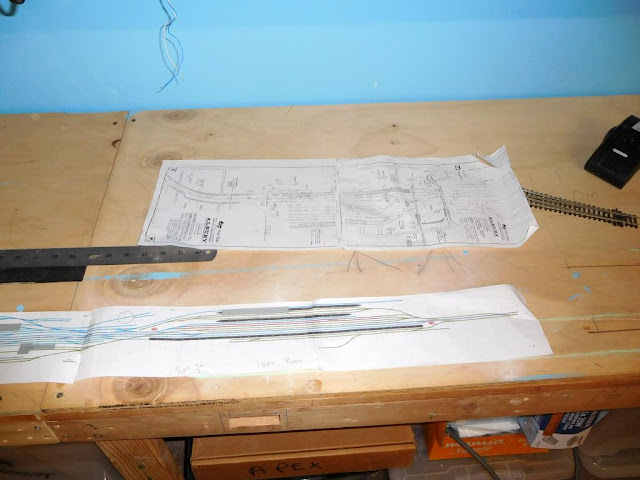 Using SRA diagrams and another designed and drawn by Mick from Murray Railway Modellers, I am attempting to get it all as close as possible. 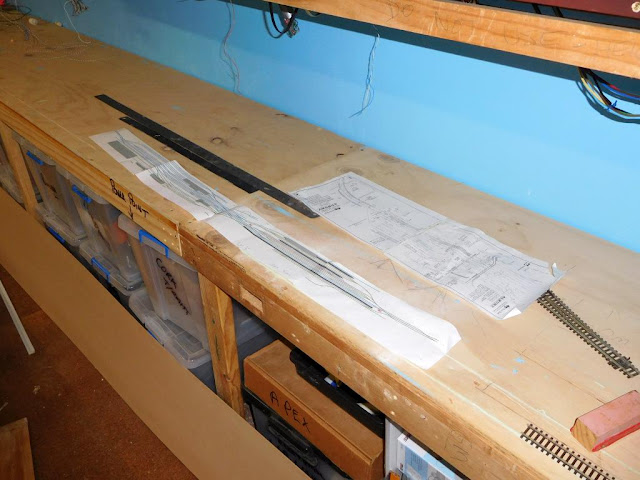 Micks diagram is at 1 inch to foot, and he had to leave some of it out too. But that drawing represents 63 feet and my shed is just not big enough. The baseboard is not wide enough either.
Lets see what we can do. 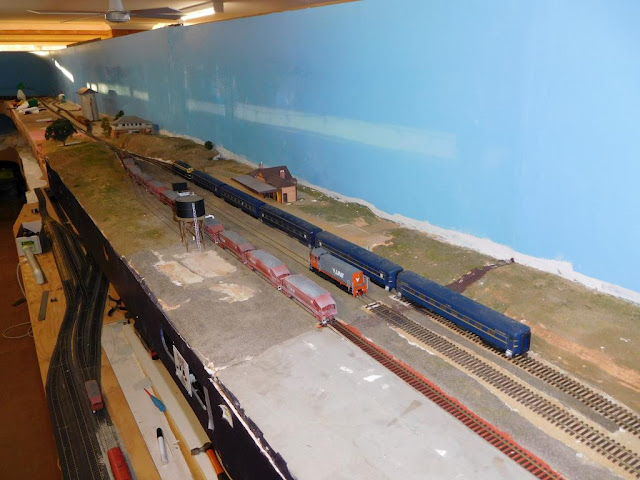 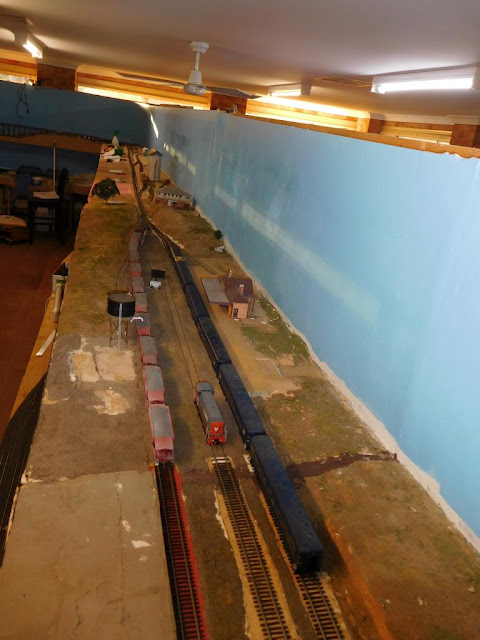 Earlier in the day, The Y Class hauled out the first half of the rock train, as the B Class hauls the down morning pass to Honeysuckle 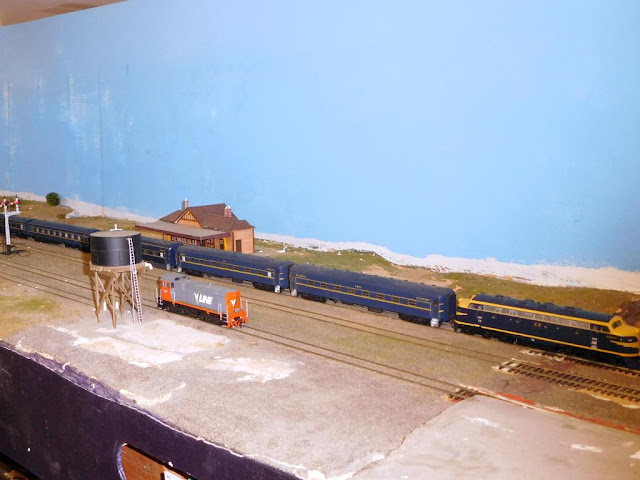 The return pass heads to Wanganella on the up. 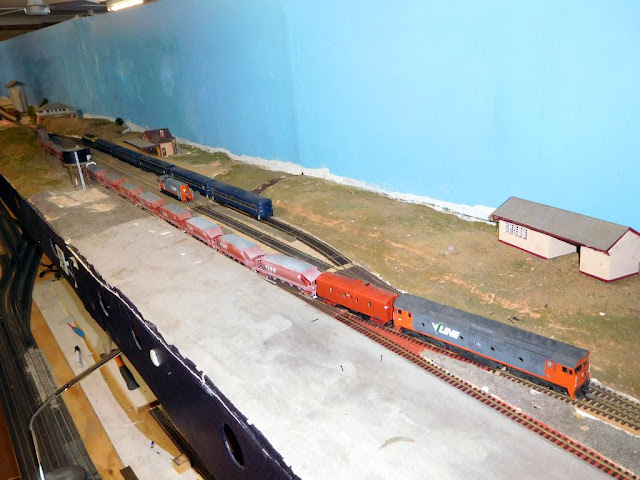 A block rock train comes off the branch at Trentham, as the evening pass waits for its turn to proceed up to Honeysuckle. The pilot is shut down for the night. The down goods was cancelled due to track occupation down the track. The rock will pull forward allow the pass to proceed, and then set back in, to stable until track is available for use early in the morning.

Well all I guess we see you at Caulfield?
Heading down to caravan at Kilmore East tonight. Over to see Mum and Dad at Narre Warren, back to Exhibition on Saturday morning. Returning home that night, I guess if things go to plan.
Cheers
Rod Young