2018_04_15  Making Roads, Looking at lighting and an Update from Roger on Wodonga Station.

On Saturday Graeme and Peter from Murray Railway Modellers turned up to get me motivated... again :)

I had not been introduced to Peter before, as he is newly arrived in Wodonga from Tumut, and is well known for his MR work up there. I do remember talking with him at Wagga one year.

Welcome to Murray Modellers Peter. We should have a lot to talk about.

Graeme demonstrated some surfaces for the roads he has been building here. Not yet finished, but already looking good. 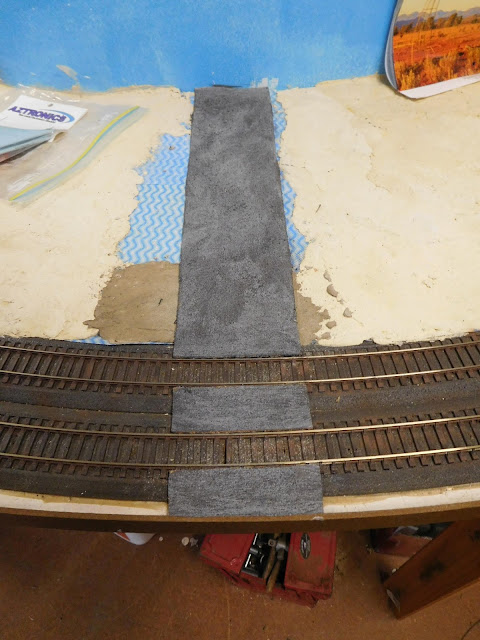 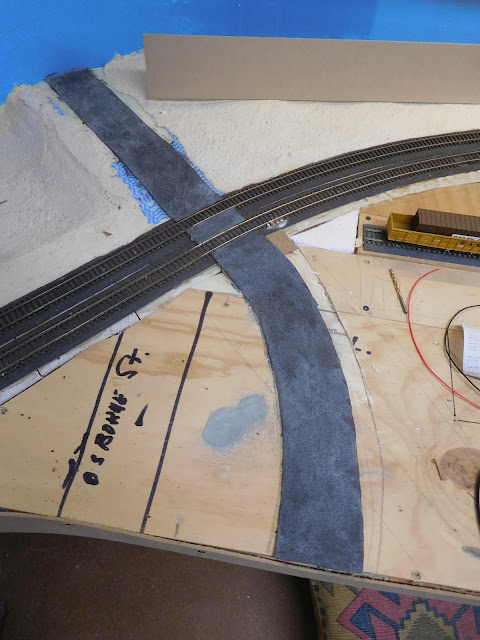 Osbornes Sytreet near the Shell Depot and Coal Siding.

Ok before I get to Rogers post, I took some pictures of lighting we might be able to incorporate on Wodonga platform ?? 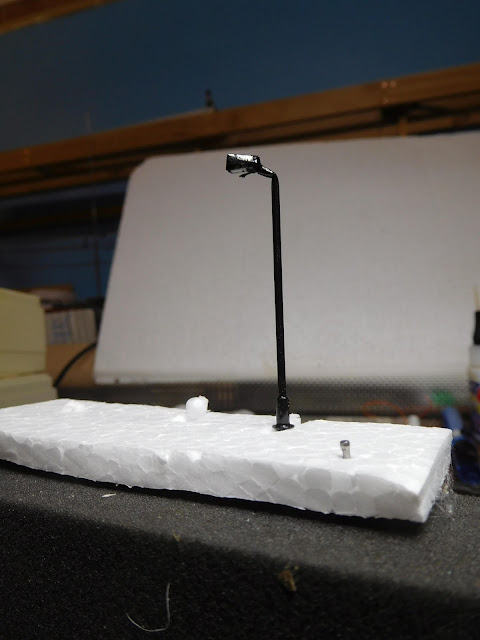 This one is an iodine orange lamp from the 70's 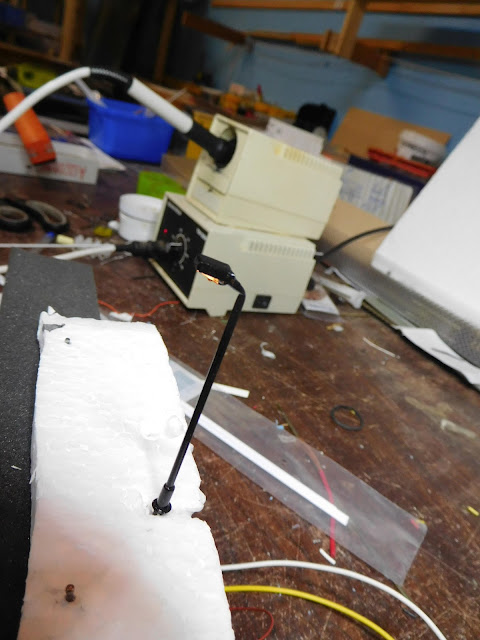 Its using a grain'o'wheat bulb and running on 9v 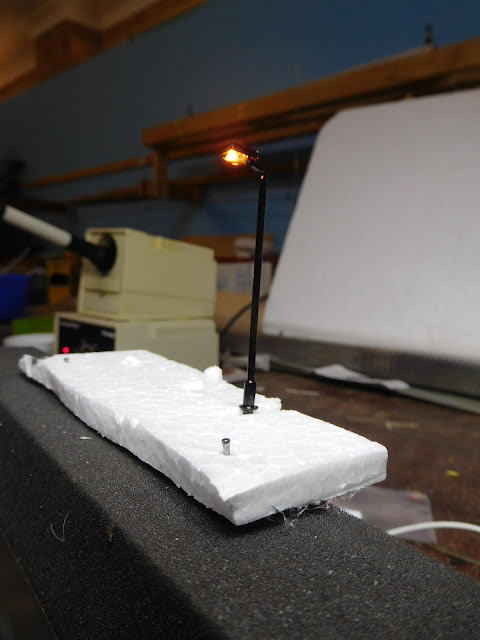 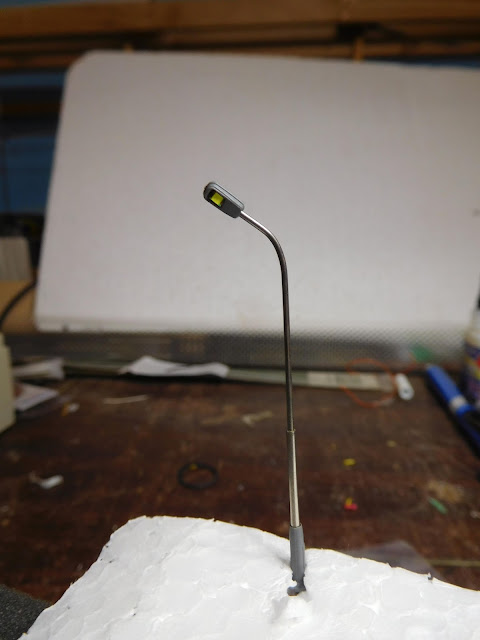 This is a modern halogen  type and it will twist back into shape. 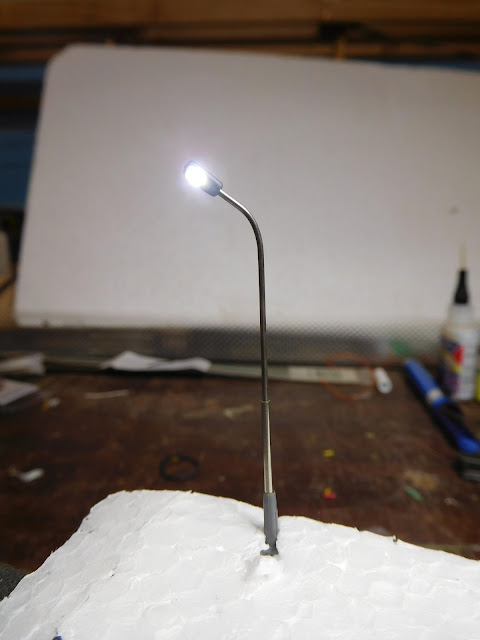 Its a bright white LED on 9v via 1k resistor. might run on lower voltage? 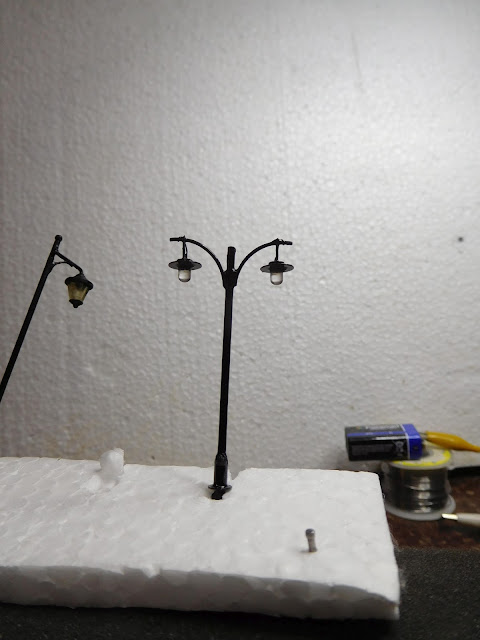 This one is my favorite (on right) Be good for platform under the canopy. 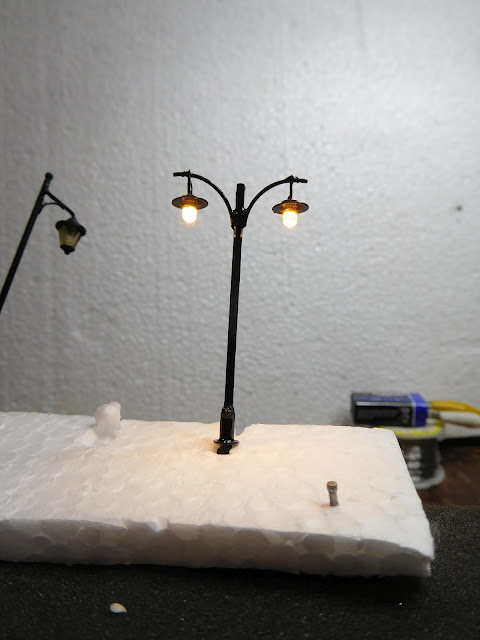 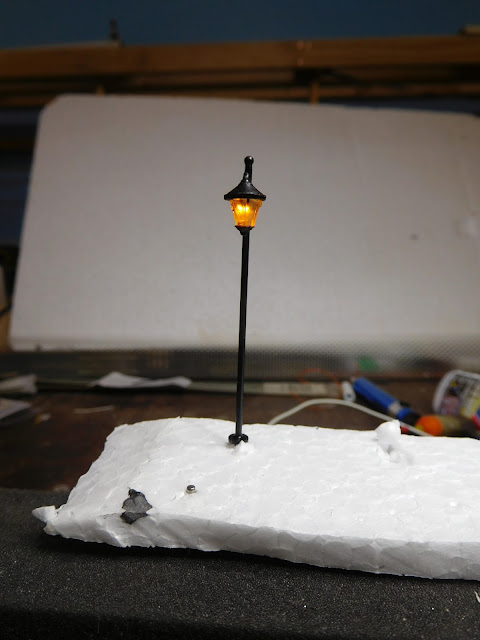 I like this one very much, but I think it was much earlier than 1970. 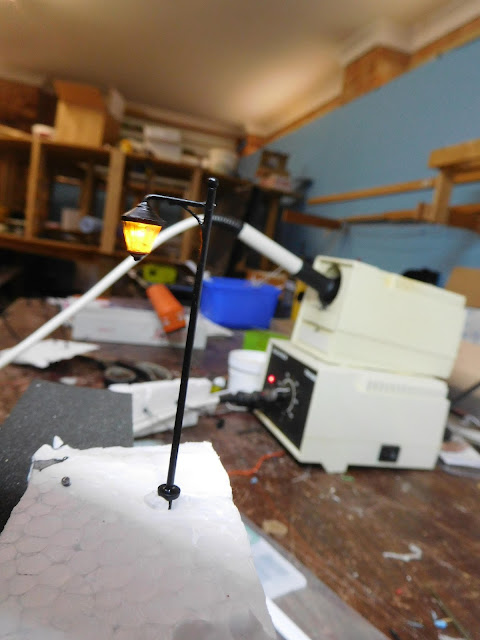 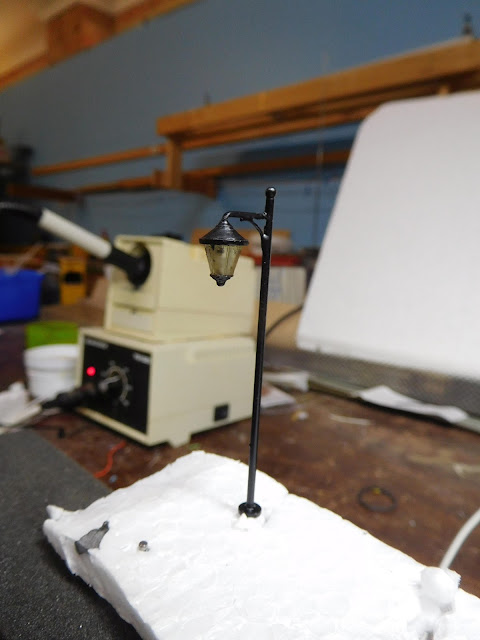 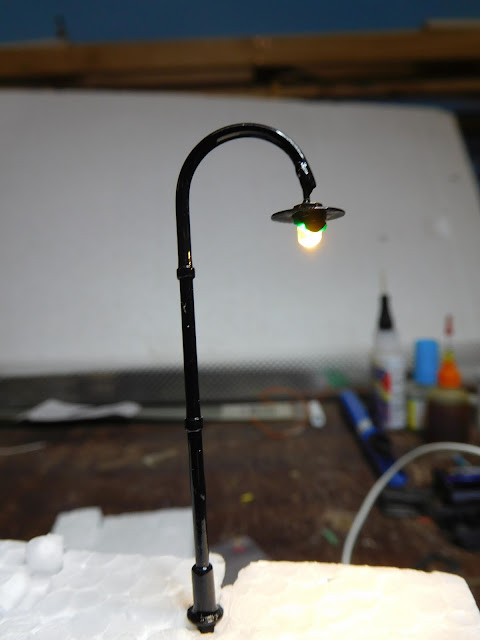 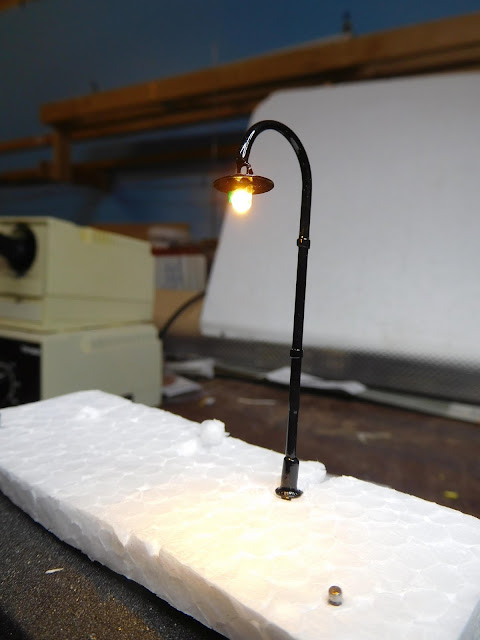 This one could represent the old green and white enamel reflector dishes with 200 watt incandescent globes? Platform lights near to brick walls of building?
Ok now to the Station Building itself .

Here is Roger telling us what is happening....

"After many months of drawing in Corel Draw, the completed files were sent to Stuart Walker to have the components laser cut. 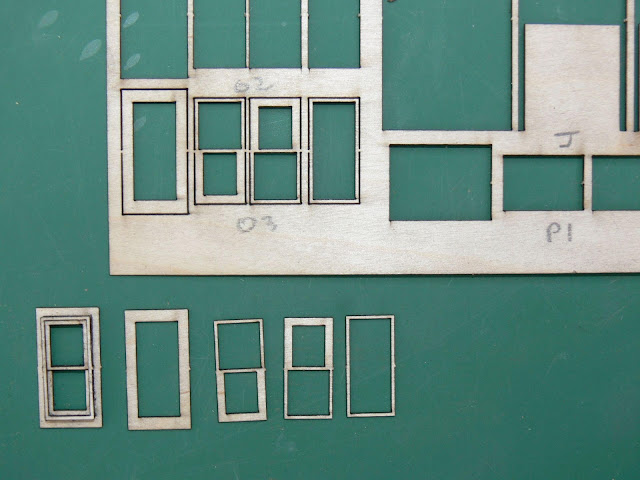 This shows the 0.8mm ply sheet used for the window and door components. The window components are held in place with small tabs which were cut with a Stanley knife.

Underneath (left side) is a completed window glued together with PVA. On the right is the 4 layers of a double hung sash window. The first layer is what locates the window in place as the completed window is pushed in from the inside of the wall. The next layer is the lower pane frame. Then comes the upper pane frame. The last layer sits on top and forms the main frame around the window opening. Clear styrene is cut for the panes and inserted from behind and are held in place by carefully applying PVA around the edges. 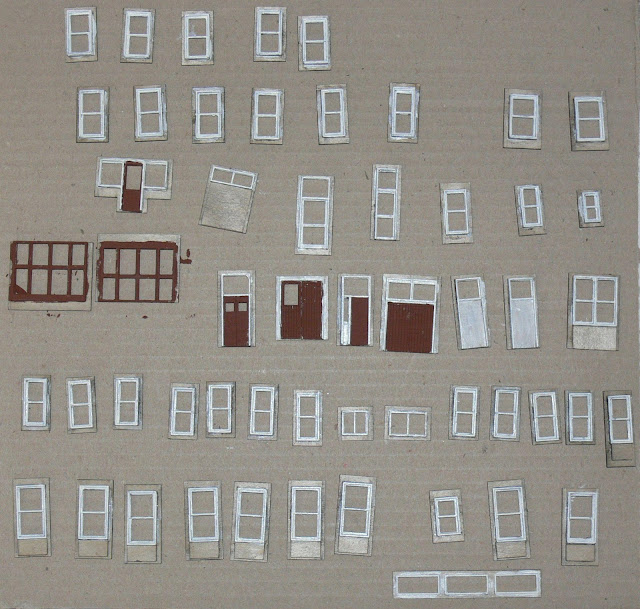 This shows the assembled windows and doors with all 54 of them painted and ready for glazing.

The walls and floor are 3mm MDF. The walls of Wodonga are full brick, hence the need for thick walls. You can see the tabs on the corners so that adjoing wall sections are simply pushed onto the tabs on the floor and joined together and glued with PVA. The wall facing the platform has not been glued as yet because i thought it might be easier to install the windows first.

A view from above. I should have had the holes for the veranda posts included in the Corel Draw file to be laser cut. However, I drilled these holes myself as accurately as possible.

I found that when assembling the components and test fitting the ceiling that I had made a few errors. These were able to be corrected. However, I am revising the drawings to correct these errors so that if Stuart want s to sell the kit commercially, then the kit with these minor corrections should go together with no problems."

Note Stuart will have enough information to  build this station kit for anyone who might like to purchase it :)