2017_01_03 Spent a few days socialising  and even had some time to start sorting stuff out and boxing it to get it clear of the next work spaces. 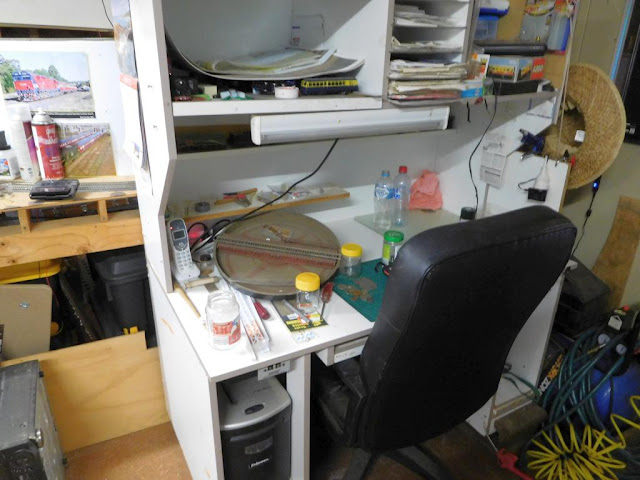 Ok its not perfect, however I have my work bench back. All the boxes at left of and the ones underneath are sorted or binned.
Going to set my desktop computer up here as it seems to handle decoder pro better than my new laptop, which just does not like the PR3 drivers. 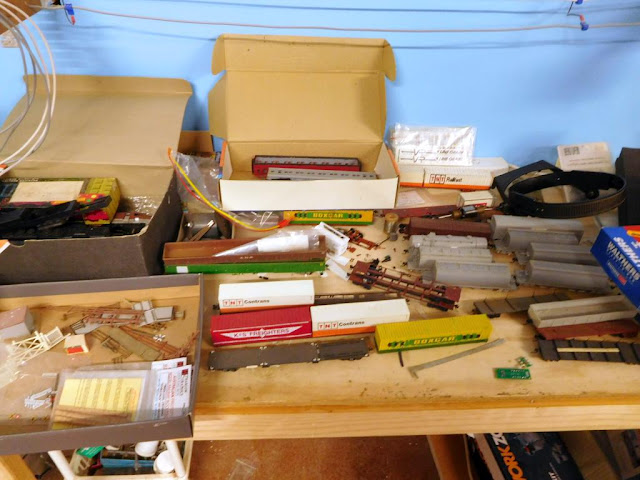 What is junk?  Probably save the containers and a few NSW wagons. The 80 footers are not worth saving. Very brittle. 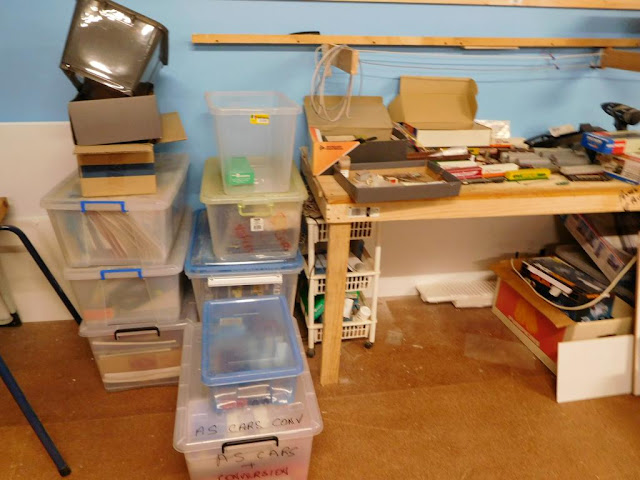 Even so, a lot of stuff has found a home. 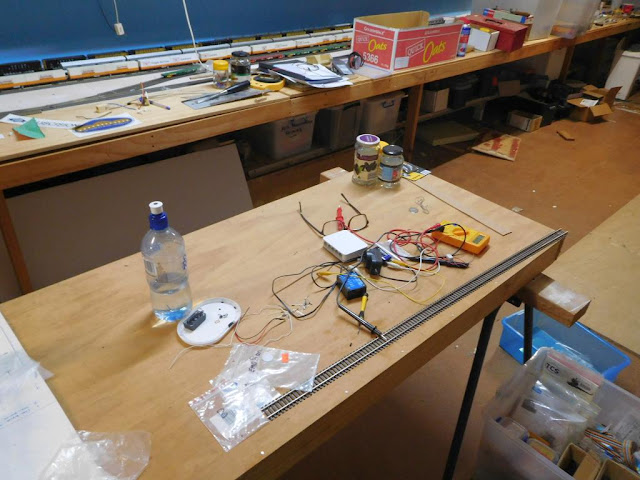 The temporary bench (over a year?) is gradually cleaning down, using this cleared spot to sort through boxes of stuff. 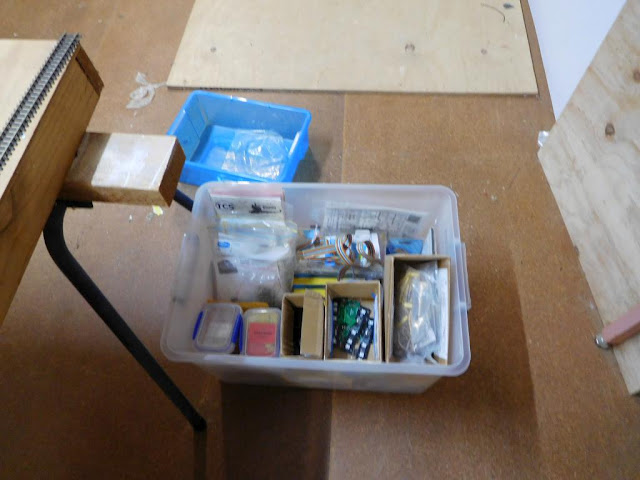 Finally got everything to do with DCC conversions in one box. Resistors, LED's, speakers and boxes, silent and sound decoders.... etc etc. 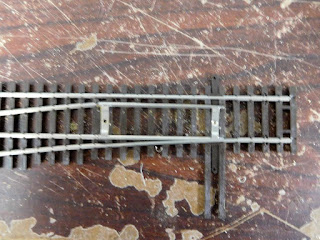 So I blurred this one ugh!  But this is a shinohara DC point that needs converting for DCC. The two nickel silver joiners linking the point blades will become a dead short and need to be removed.
To do that I need a drill..... Drill out the two staples and the blades fall out free and so does the throw bar. Remove remains of rivets and then you need to replace the connectors exactly with a long  circuit board sleeper. Solder to the circuit board copper and then cut a gap in the copper to insulate the rails. Drill a hole to allow point machine to connect and throw the points back and forwards. 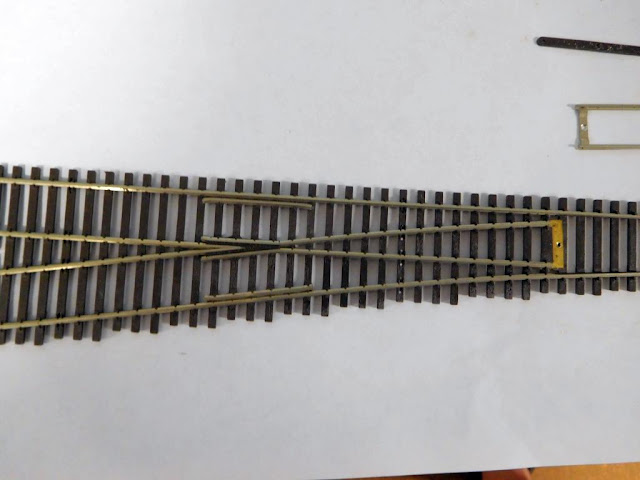 See the brass bar on RHS? this also is a short. I drilled out the rivet, and found it was permanently attached to the sleepers moulded to the rails. So I used a large drill and removed the remains of the rivet and opened up the hole almost as wide as the strip. I then used a sharp, cutting plier to cut it top and bottom and create an insulation gap. 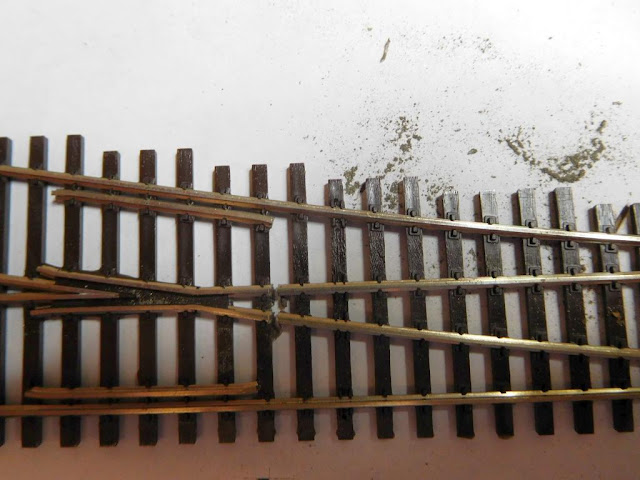 The next job was to isolate the frog by cutting through both middle rails. I will now have to wire the frog up to match whichever polarity is required as the point motor switches the points. I can use the switch on the point motor, or I can use an electronic frog juicer.

Well thats about as far as I got.
The air conditioner maintained 24C and it was much better than last year, for sure.
Cheers
Rod
Posted by comtrain at 10:58:00 pm No comments: