A great weekend with a visit from Roger Lloyd up from Melbourne with wife Marie.
I met the train at New Wodonga and Marie went on to Albury to stay with her sister(s). Roger and I transferred by road to the old Wodonga Station where copious measurements were taken in preparation of the building of Wodonga Station in HO scale. We collected a few pictures a full set of plans from VicTracks and our own measurements. The hardest thing we had to figure out, was what remains of the the station now, and how to make it look like it did in the 70's We would love to see your pictures? If anybody can help us out here?
As usual Roger spurred me on to do some more on the layout when we returned to the house in Osbornes Flat via Yackandandah :D
We did a heap of work, adding a few more tracks but proving the wiring and short proofing the track work and the droppers, which of course a picture cannot show!. However a job well done. The Stockyards and all track East of the BG main line is now DCC  wired and only needs a few "juicers" added and the droppers connected to the section breaker to run trains  Imagine that!! 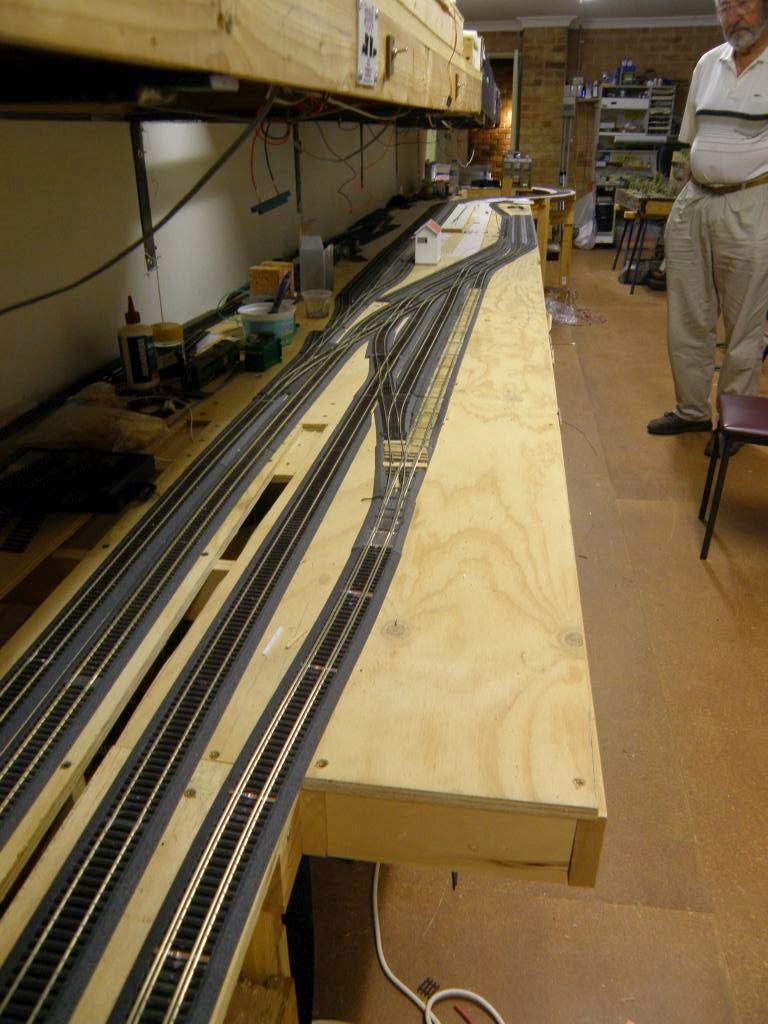 Although not a true representation of the yard, it does retain enough to keep two yard pilots operating for a night, we both guess. 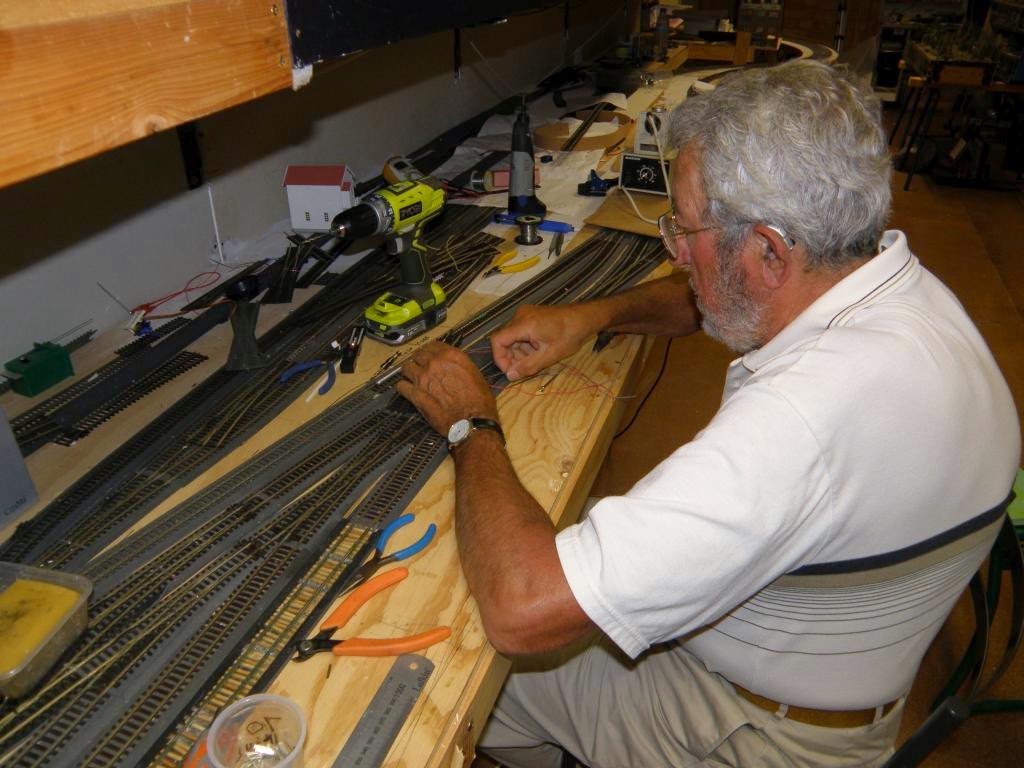 Altough Roger already laid this track a year ago, we found it necessary to lift and relay it to fix all the insulaton problems and apply the droppers. As an example over 60 insulated joiners and 120 droppers were added. just to guarantee the integrity of all the track sections. I solder droppers to both sides of every point, also to the blades themselves and lastly one to the live frog. 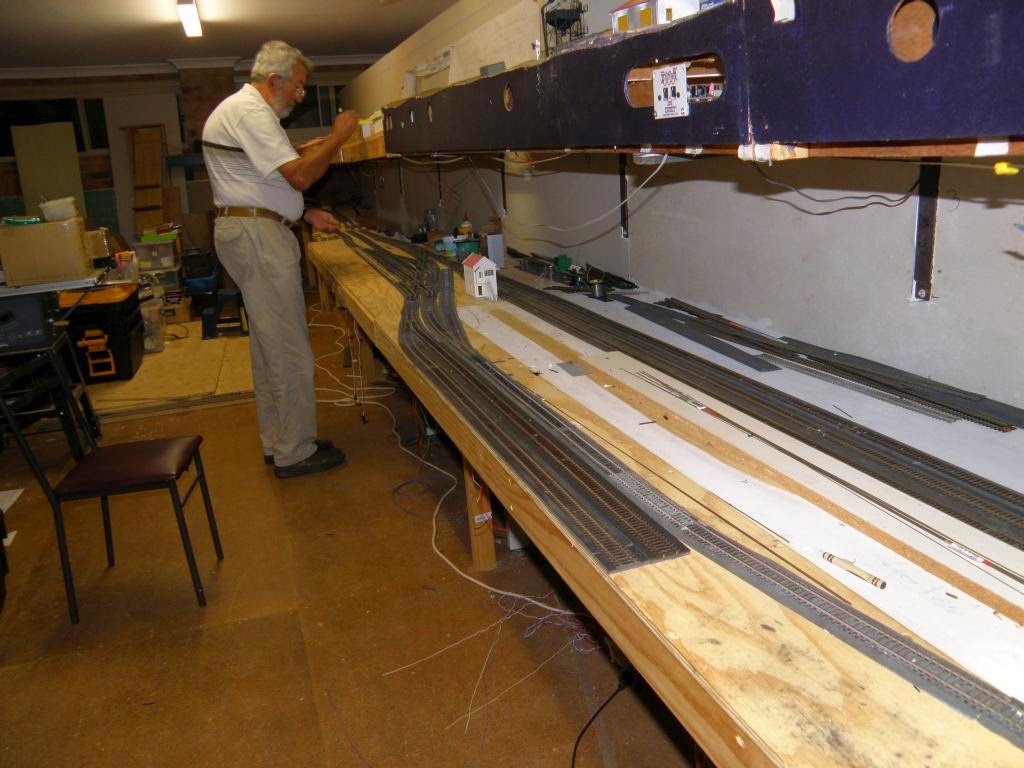 Roger measured up the Wodonga Station area and the Goods shed. We adjusted tracks accordingly. We now can fit a scale model of both buildings. The compromise will be the yard beyond the Goods shed. 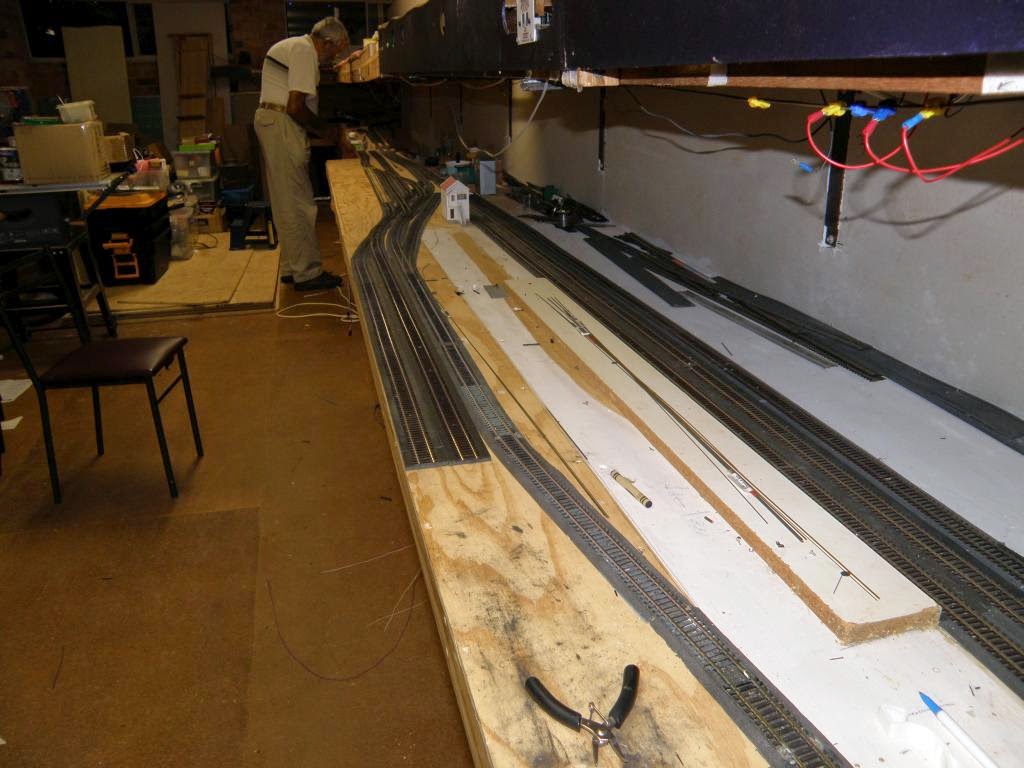 As can be seen from the above shot we cannot fit in the Carriage sheds or the loco. So we will move these to the North over High Street. This will mean the hand gates (formally used to bring the SG into Wodonga Depot will now be added back in to feed the new loco Depot. 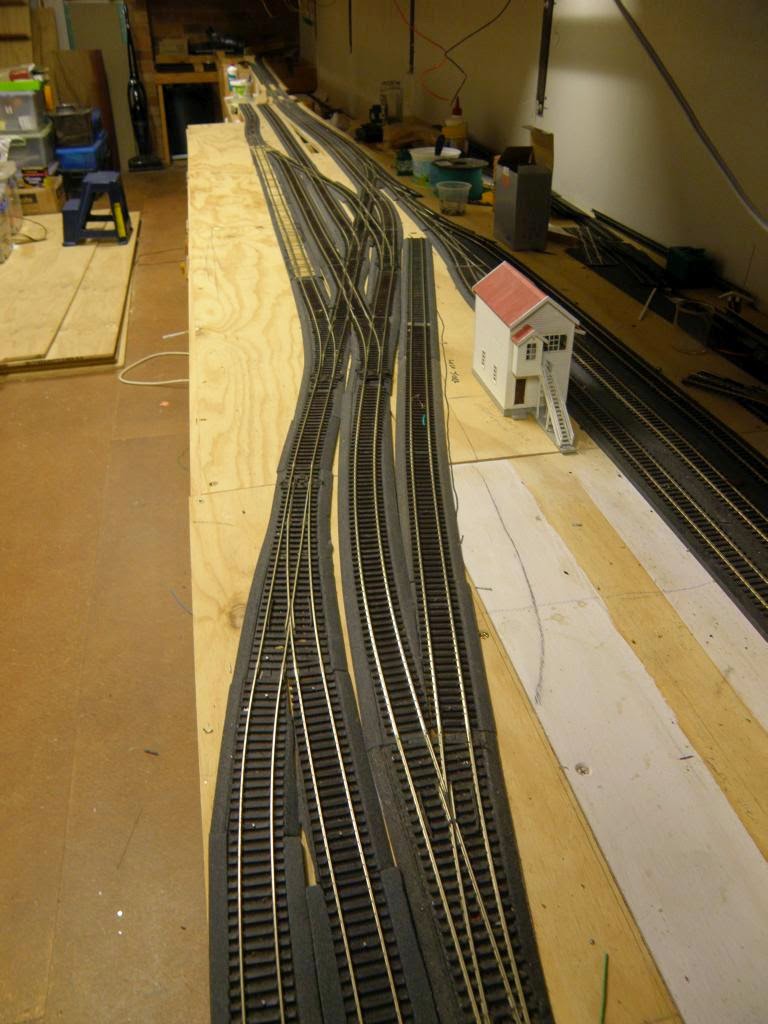 The long road behind the "Box" is a SG engine storage road, because engines were not stored at Albury 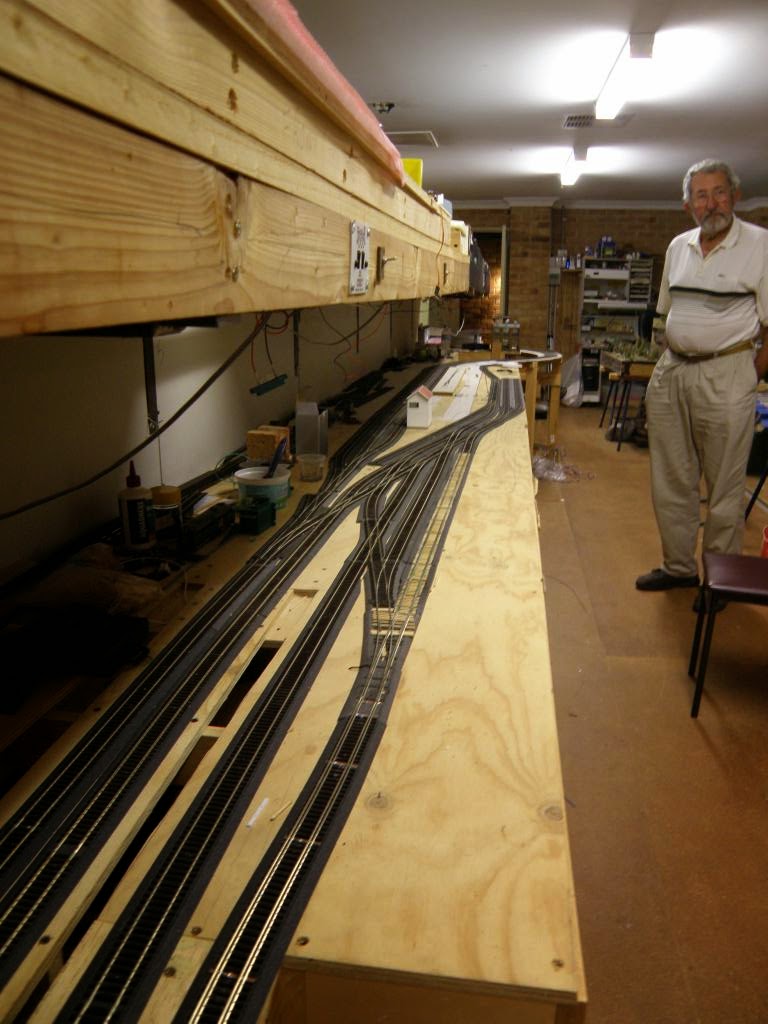 And beside Roger you can see we addded the two BG store roads where generally L and M vanswere stored to service the stock race.