After last Friday, I had to go to Melbourne to get my caravan and visit Mum and Dad.
Arrived home early Wednesday  pretty exhausted and put the Caravan away, emptied the car and van, and did my washing etc. Exhausting week.
Mick asked if I would be at Club Wednesday, and I thought I might go.
Al was at loose ends and really wants to see trains running so he volunteered another work day on Thursday.

So as we have plenty to do. I agreed
.  Mick also said he would come visit, and he is a friend of Al,s that should not be a problem.
And it wasn't it was a good day.....  Thanks my friends, I appreciate your help. 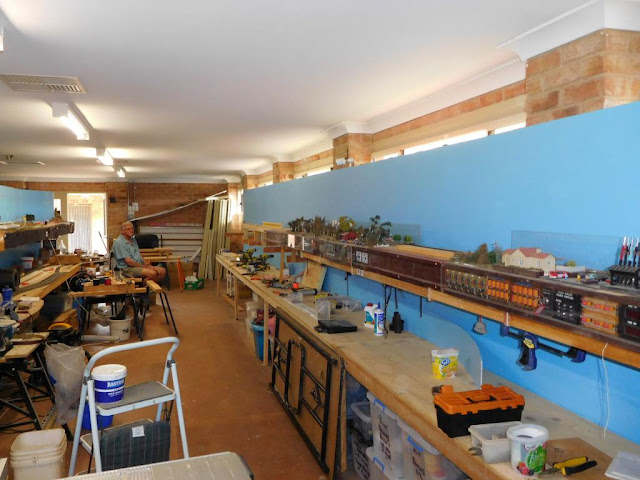 See the folding table sitting up against the layout? That was sitting right down the far corner loaded up with stuff, that I had no idea about. This has blocked the extension of the wall and needed to be gone!

So Al started on the broom and we moved all the boxes from wall, and cleaned up the place.
We sorted through screws, nails, bits and bolts and stored all away in a bin, marked for easy finding, of course.
We cleaned down the table top and sorted all tools from the rubbish, and tipped that outside for the dumpster.
Its hard to see here, however the far end is actually ready for the wall and then we can start on the second Helix.. 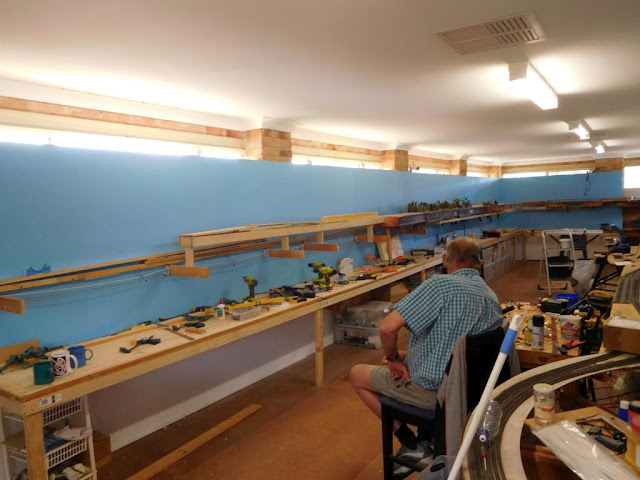 Then we started building boxes to carry the single line track from Honeysuckle to the Helix Station, and return loop.
We got about as far as we could go, in this shot.
Al surveys the new baseboard installed and we notice how twisted the module we installed earlier today at Honeysuckle is. It really stands out and the picture shows it. In reality it looks worse. I already water soaked it, and loaded weights on it over bending it, and thought I had fixed it. Not so, it seems. 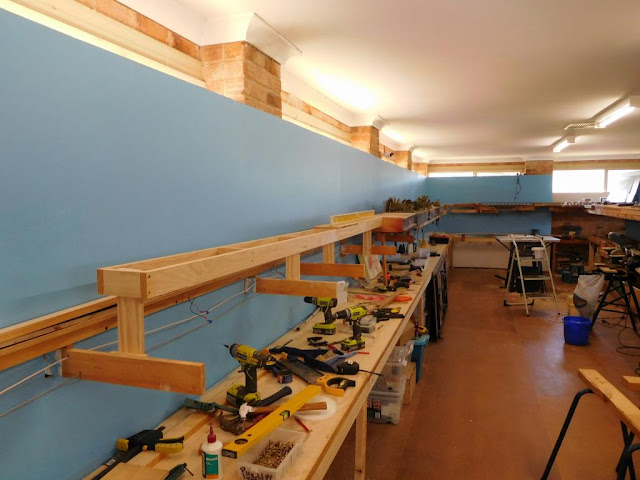 Single track connection to the reverse loop on top of the Helix.
Cut the ply, just need to fix it down. 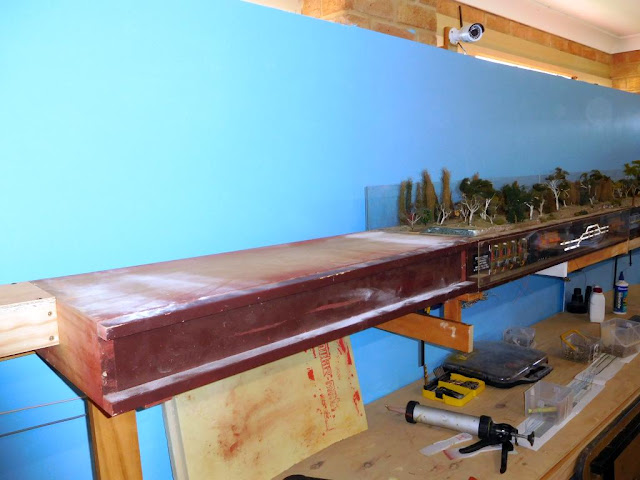 The front left edge is too low. 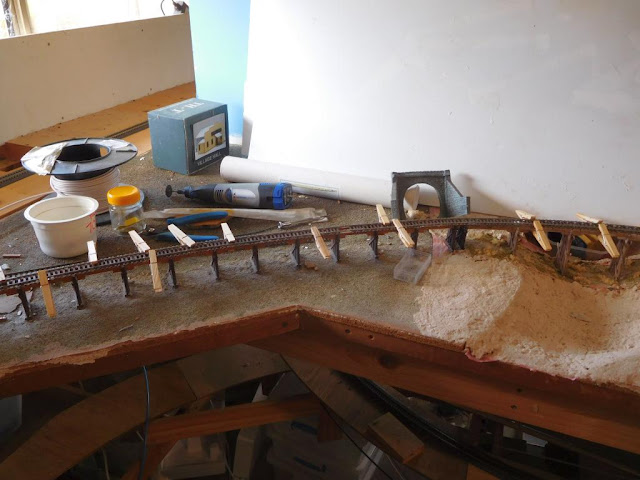 Mick got the worst job, bending code 70 rail to fit the trestle bridges. Railcraft rail just refuses to bend easily. A real pain for those of us, used to Peco track. 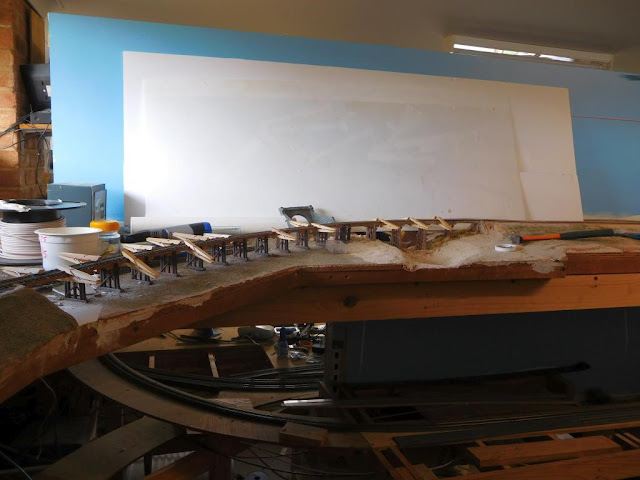 Thanks Mick, all glued and pegged in place. Just need to fix the track to the embankments to finish off.

That's about it for today.
Cheers
Rod
Posted by comtrain at 6:08:00 pm No comments: