Heard at recent exhibition some were complaining about constant derailments, so I spent some time checking these out.
As they are very long wagons, and because the bogies sit a long way behind the couplings, I decided to run some experiments with the Kadee coupler gauge.

When I first got these wagons, I noticed that the uncoupling bar hung low scraping the top of the height gauge, but left them alone, as the coupler did not appear to be fouling, just touching.

So I spent an hour running the train around the layout , through crossovers and slips to see what would happen. In fact I had constant derailments as the wagons started tipping over as the couplers hit the side stops.

On further examination, I noticed the coupler bars were hitting the tops of the rails. So I again checked the wagons, and found them to be ok..

The Auscision X Class loco was another story. The short coupler was not allowing the JCW to move aside, and again the problem appeared to be the kadee uncoupling bar. I had another Kadee with this bar cut off, so I installed that coupler and the X was able to get the JCW through the crossover without derailing it.

So I then adjusted all the uncoupling bars much higher than the gauge required and tested the train again. Problem fixed and the wagons now perform flawlessly.

All I can think is the overhanging coupler must move up and down depending on how level the track is, and that caused the bars to catch on the points. Problem solved!! 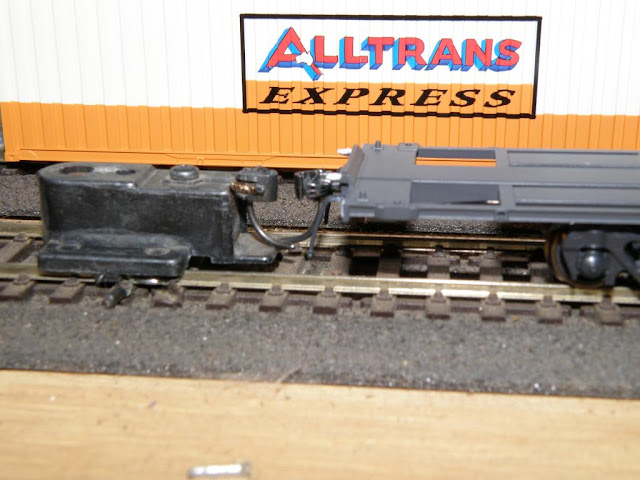 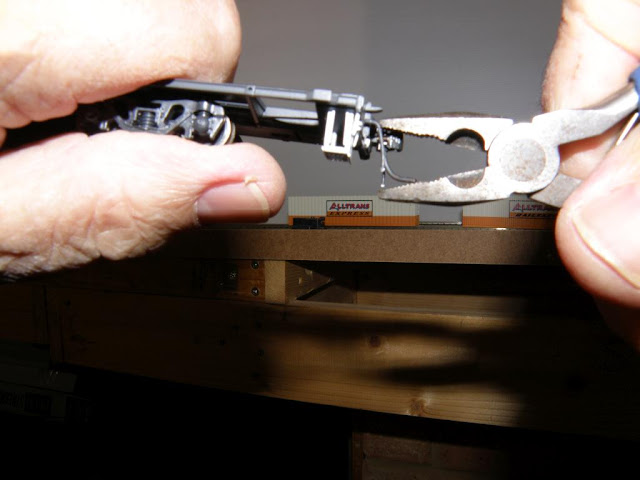 Here I am bending the bar horizontally, which  is higher than recommended (but I don't use magnetic un-couplers anyway)
Check out the distance between the mounting point of the bogie and the working face of the coupling. I think that when the opposite end of the wagon starts to climb, the coupling moves towards the fouling point, and eh? fouls :D 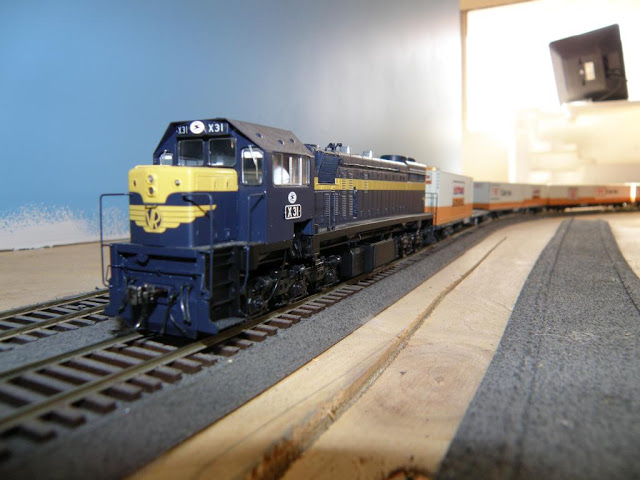 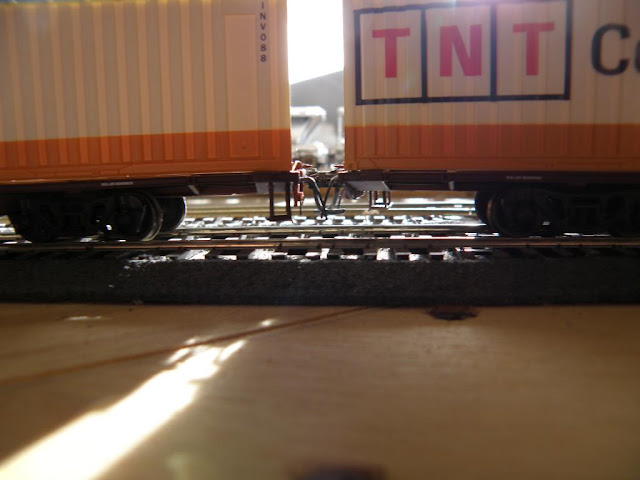 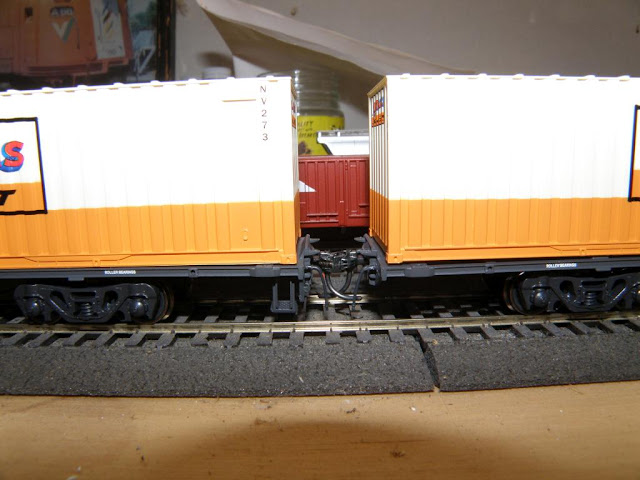 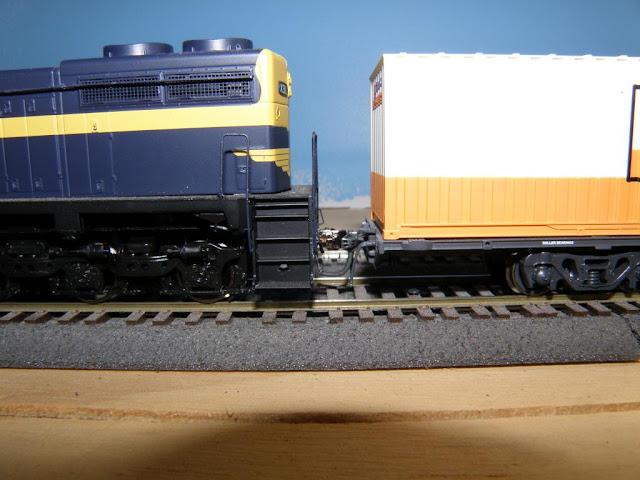 The wall
Another 6m, ready to sand and apply finishing plaster and paint. Graeme Schultz was a welcome visitor today supplying his labor and expertise. Thanks again ,mate :D 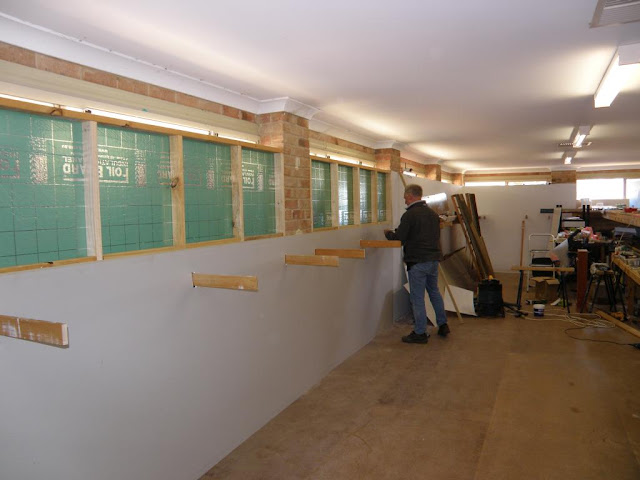 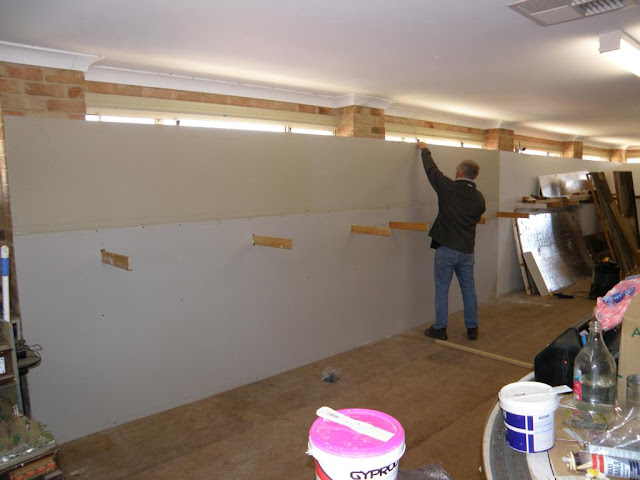 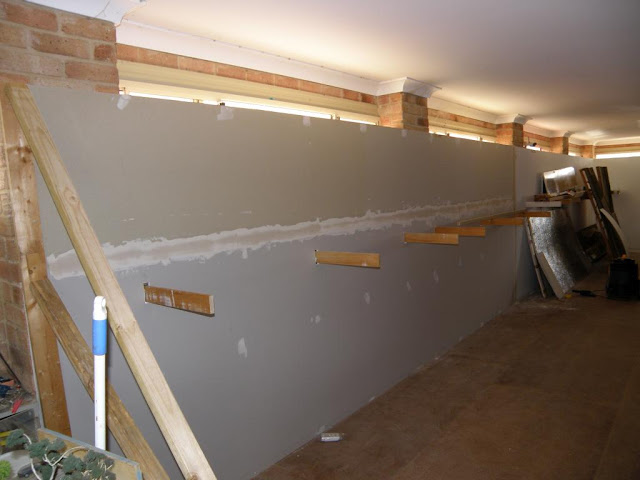