Wodonga Car Shed
A work day (at last) I have been in a bad place, friends to the rescue!


Thanks to Graeme and Peter for all your help.


Peter came on Thursday and Saturday to work on my Railway.  Did not ask him if I could put him in blog, but will introduce you later if he likes. 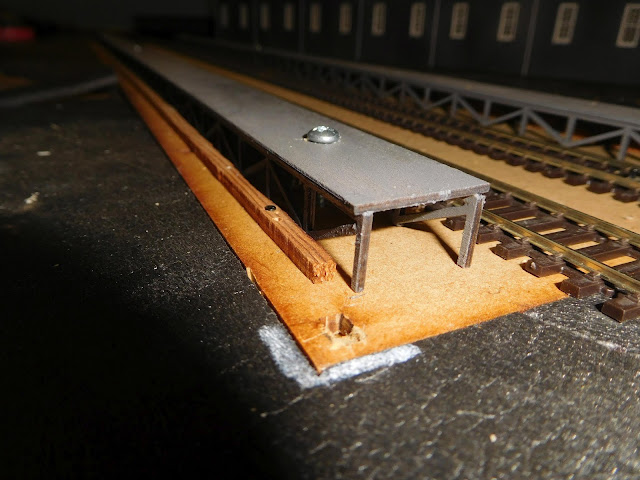 Peter glued and nailed wood keepers along both sides. Then I cut off all the legs and filed them smooth. The building now sits tightly on the base and can be removed easily to clean track 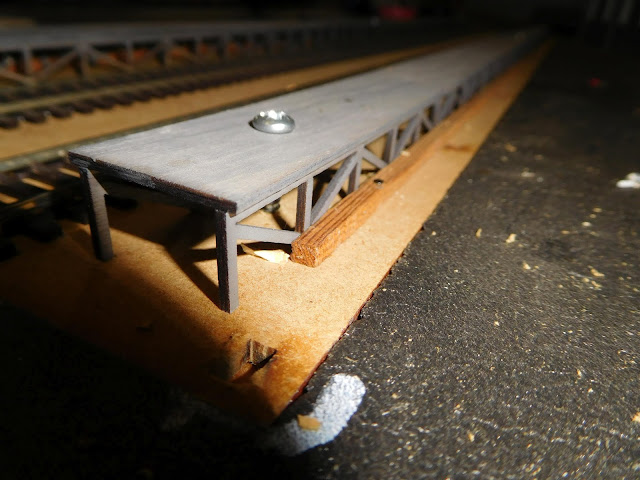 The platforms were to be glued down but it was a difficult job, as they twisted. To speed up the project, Peter screwed the platforms down. As he said fixing the ground cover will eventually glue them down (white glue) and now we can continue with the job! 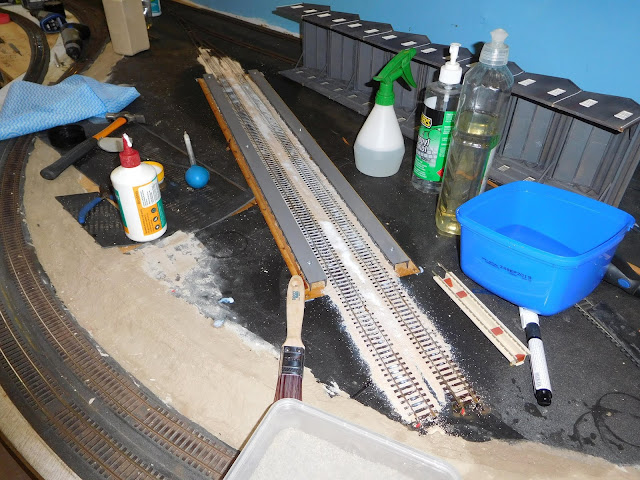 Next Peter wetted down the new track he had laid and ballasted with fine dust to allow workmen to work / walk along side carriages whilst cleaning and servicing them. 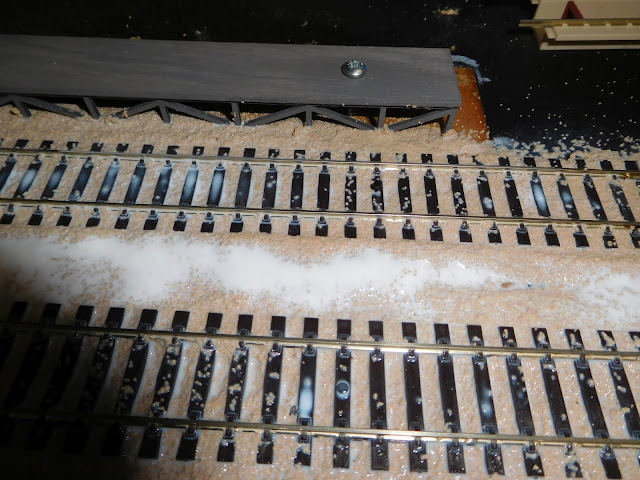 In working areas like this the ballast was level with sleepers, giving a safe and stable area for foot traffic. 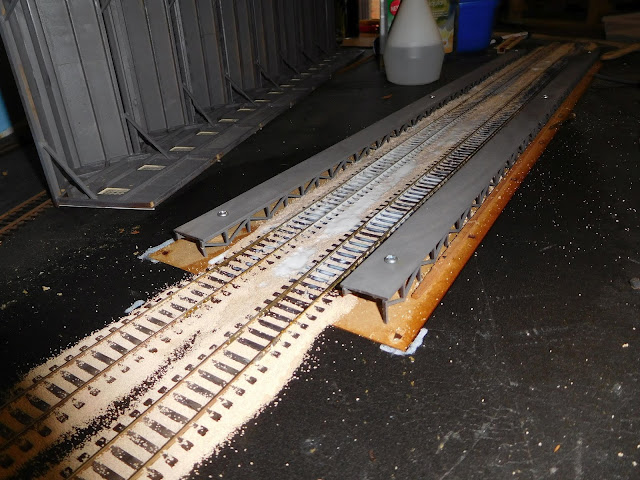 Ok whilst waiting for the ballast to dry, lets light up the building. 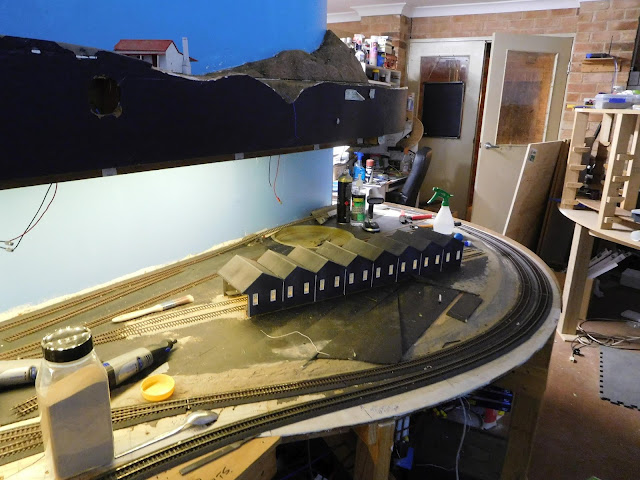 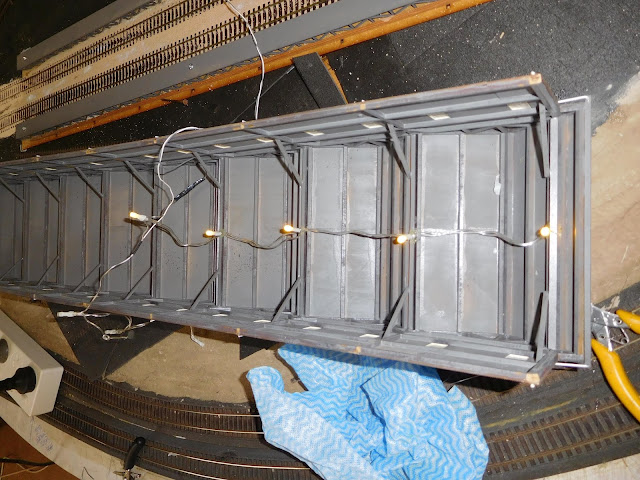 Not as nice as it should have been, but it does work ok. 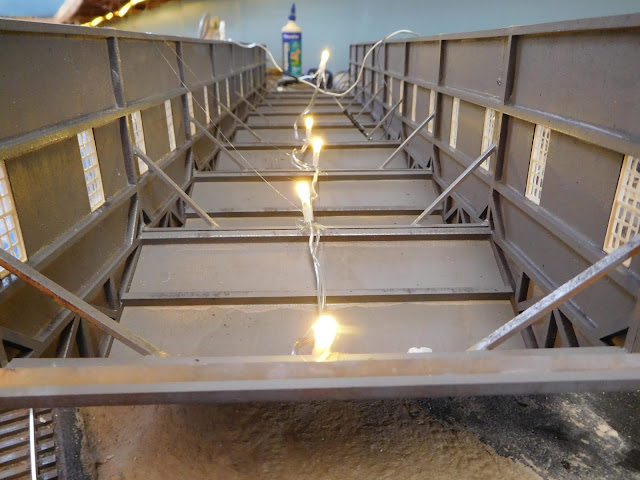 Used a 1 watt 470 ohm resistor hot glued into rafters to connect these Led's to 12 v DC
Globes are paralleled in the Christmas tree config. 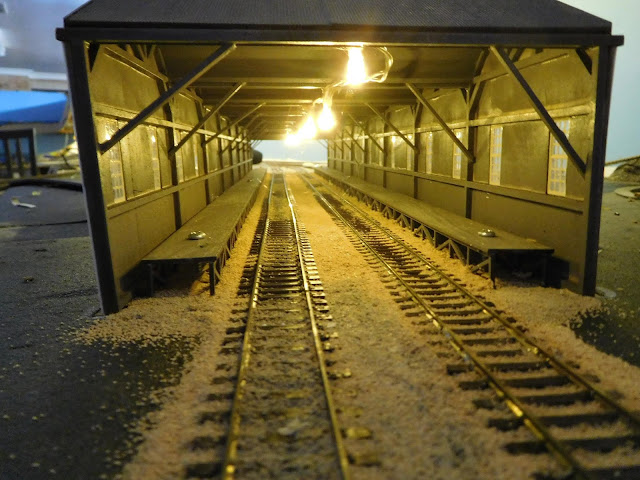 I might turn the voltage down and the screws can come out when glue sets. Camera makes walls look like that. 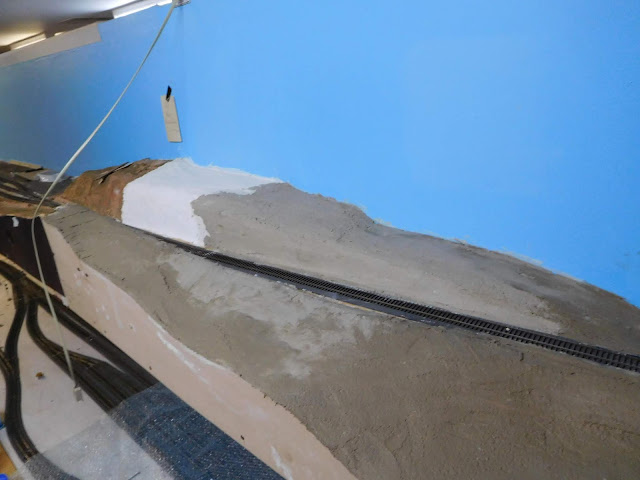 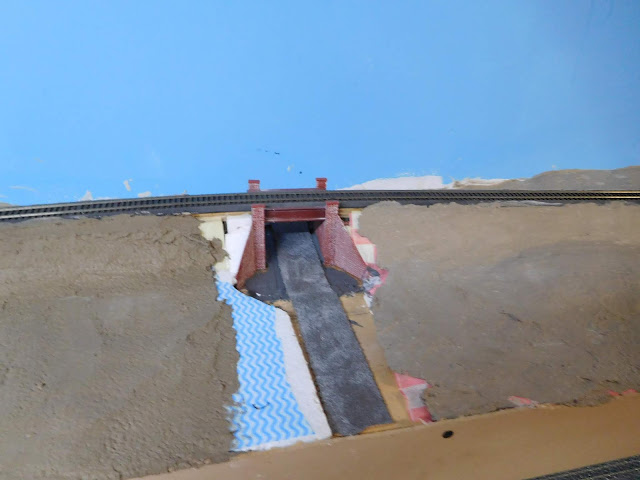 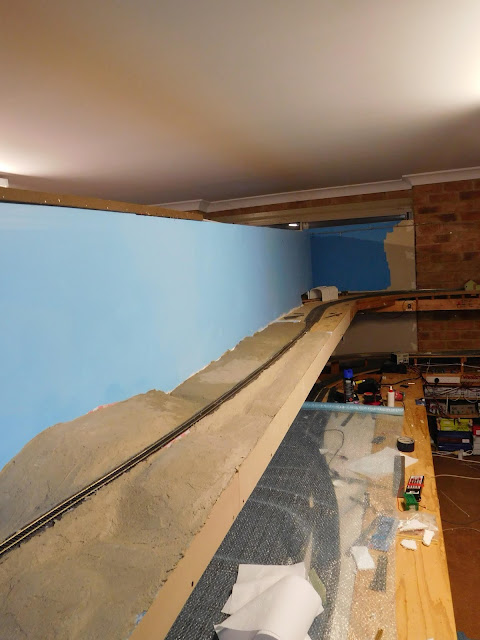 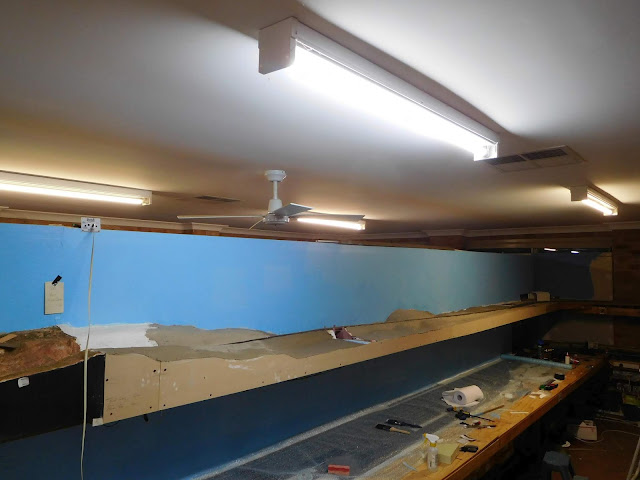 Ok about 8 m of top cover... Not too bad for a mornings work. Thanks Graeme for your work and guidance!
Cheers
Rod
Posted by comtrain at 8:41:00 pm No comments: