As was the case back in 1870 or so, the contractors have finished the goods shed ahead of the station, which is being designed as we think on this post.

"Today the new shed was handed over to the Commissioners to improve the transfer of goods between the States. The Customs Gate has been established on the Murray crossing for some time, but now excise will be levied at the new goods sheds either side of the border" (extracted from the Border Paper at the time)

In our case Roger Lloyd fresh from his mammoth task building Maryborough Station has taken on the task of building Wodonga Station.

The first brick building was installed on Monday, and scenic landscaping will be undertaken as soon as the track work is in place.
For your pleasure, I present Roger's new Wodonga Goods Shed. :D 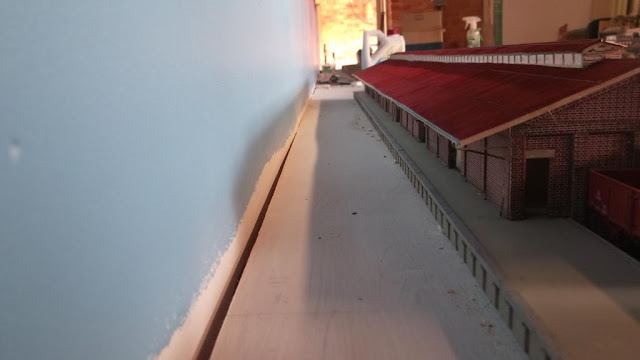 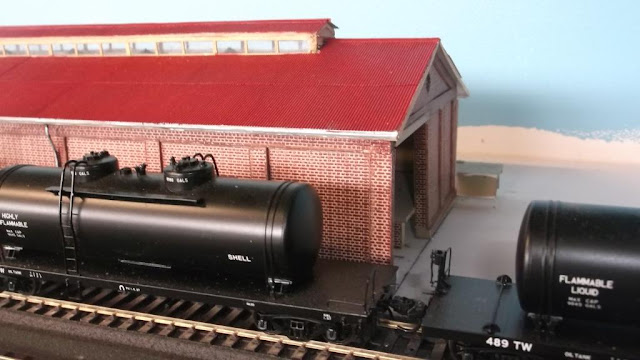 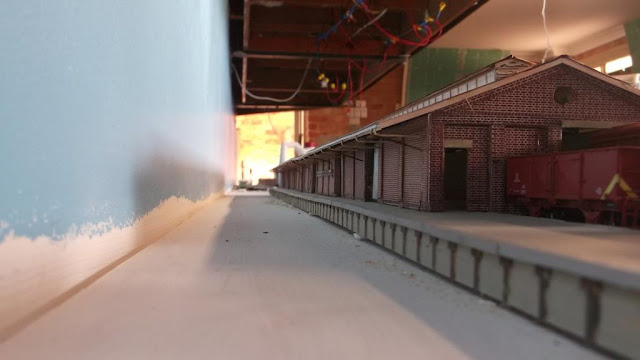 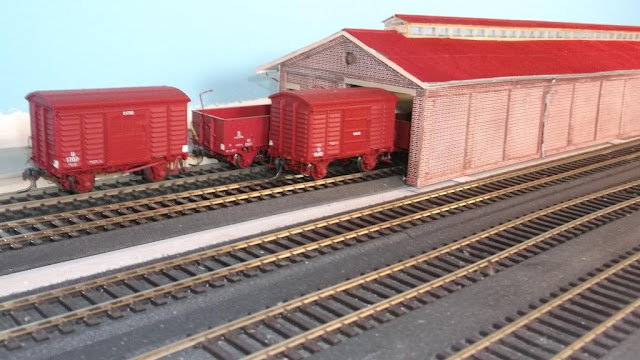 The track is sitting on foam which makes it too high for the door. So I will cover the yard with flat underlay and cut out the track and lay that on the baseboard or on thin cork, if it will lower it enough. Roger explained that the foam would not work too :) 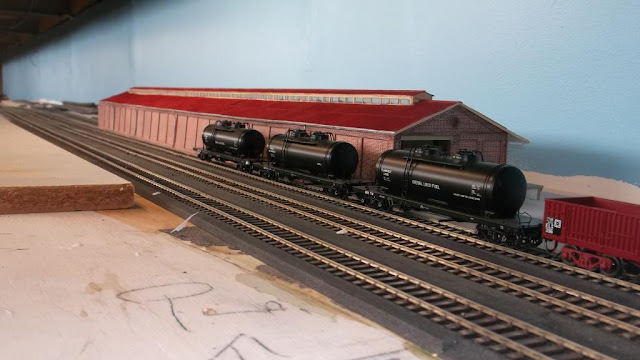 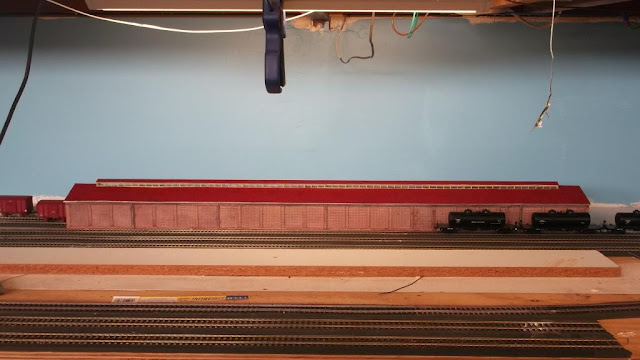 Just need yard lights, fire hoses and hydrants and telephones and signs to finish it off. The roof is painted red and is corrugated iron, because we think that is how it was about the time the SG went through. Modern pictures show lots of fallout giving an almost even red flavouring. So red it is ;)

The building has been accepted by the Commissioners and the cheque is in the mail :)\ 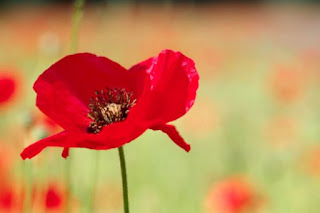 God Bless all soldiers and for the legacy they left us. 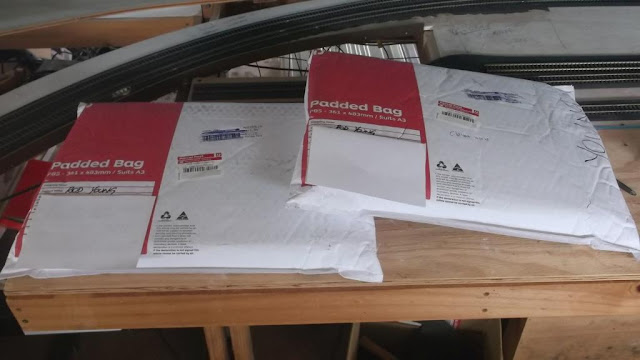 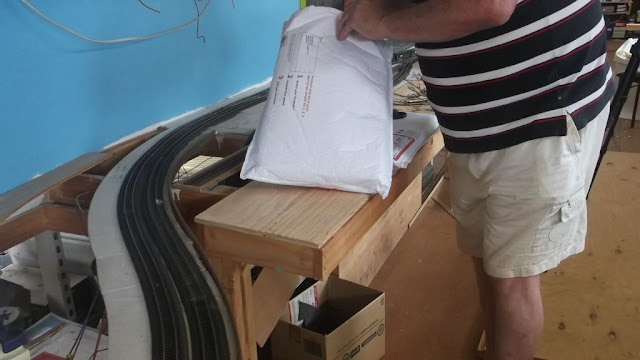 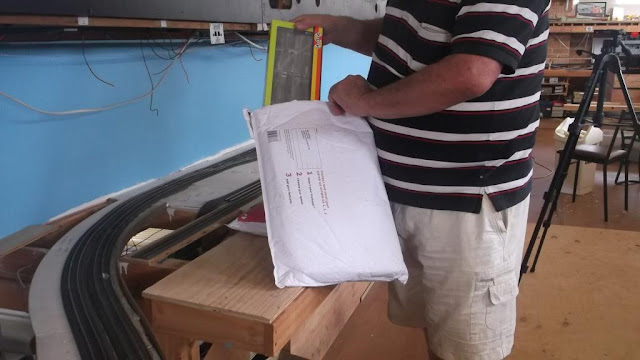 Another amazing SDS model which should be equal or better than his previous models.  SDS are now producing the best builds for Australian Modellers. Auscision were the Kings (according to some :)   But their quality slips just as Steven tries harder to provide better builds , with each lesson learned carrying on to the next model.  I think his first engine will be top of the tree too. 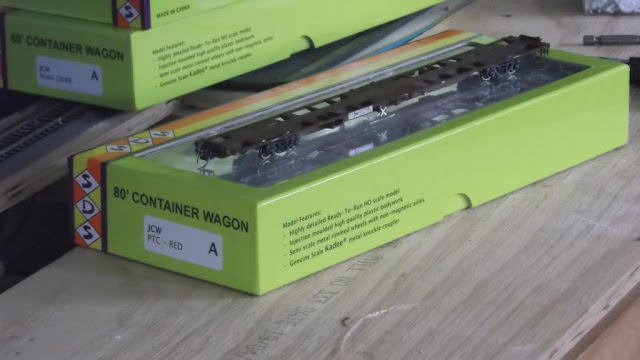 Out of the wrappings.. First impression?  A good weight and does not appear fragile. None of the detail was loose (except for container locks supplied in a bag in the box) 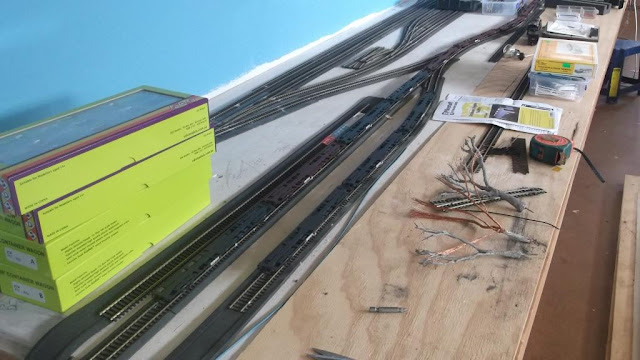 The went onto track easily, and detail stayed attached, kadees at correct height. 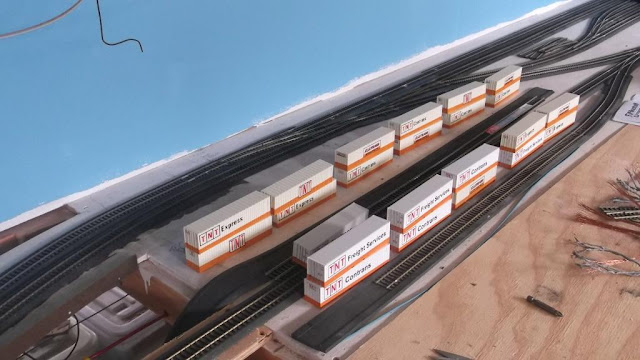 So where did I hide the containers all those years ago, when Steven released them and I put them into store?  Ah an hour later, I have them and my CONTRAINS train 12 JCW's long of about 1978 vintage only needs to have containers fixed in place a van on rear and a C Class up front :) 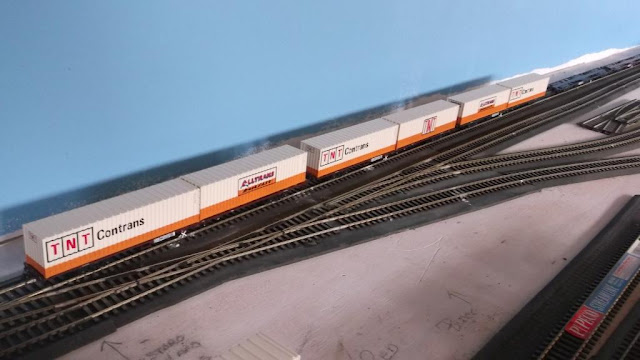 ok the fixing of containers has begun.

Good time to have a closer look at these :) 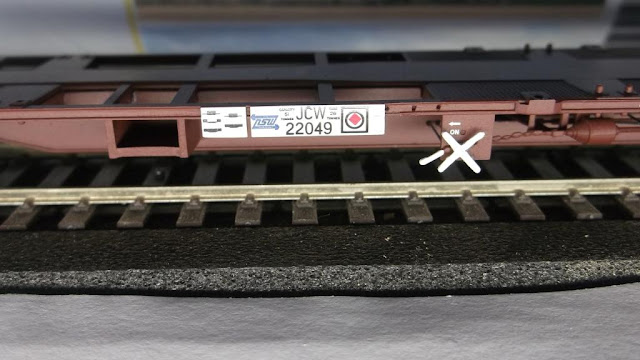 Crisp accurate lettering, although my eyes needed the picture blown up to fully appreciate it. You "younguns"  will better appreciate it, for sure. 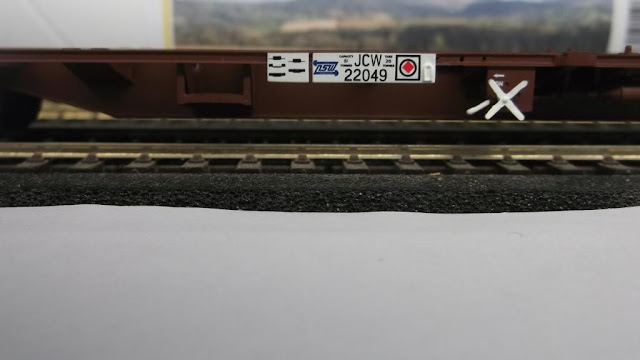 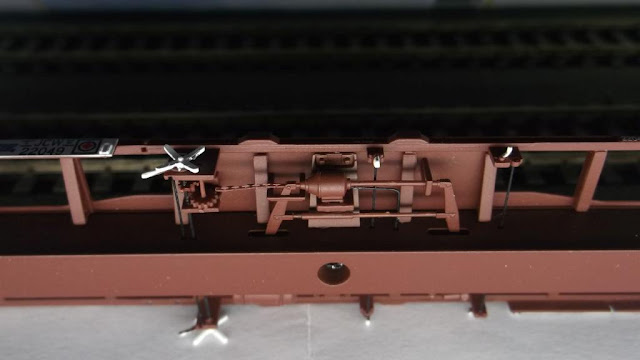 Go on Tell me the handbrake is on Ha Ha!   Look at the brake cylinder, eh? fully released my friend ;)
The chain may rattle loose as the train runs at speed, but when the employee releases it, that is how it would always look. This is a different thing to the Powerline 48 Class hand brake chain :) 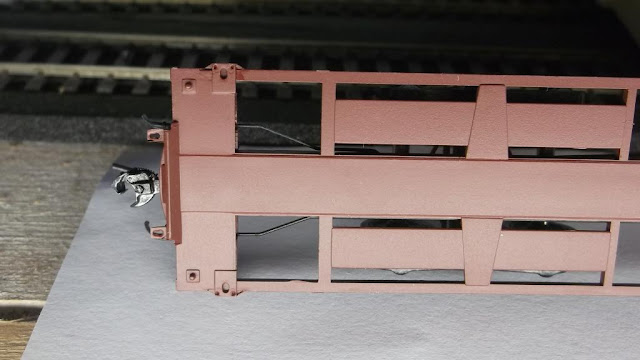 Front pins moulded in as prototype . 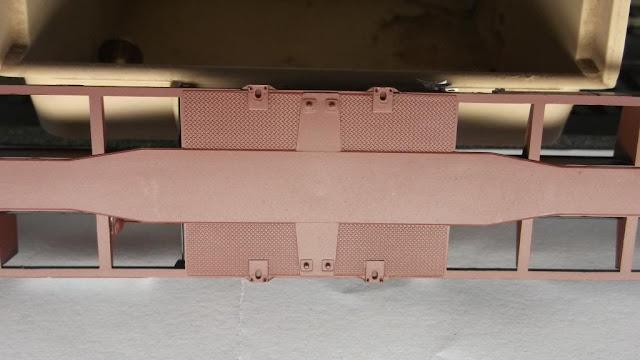 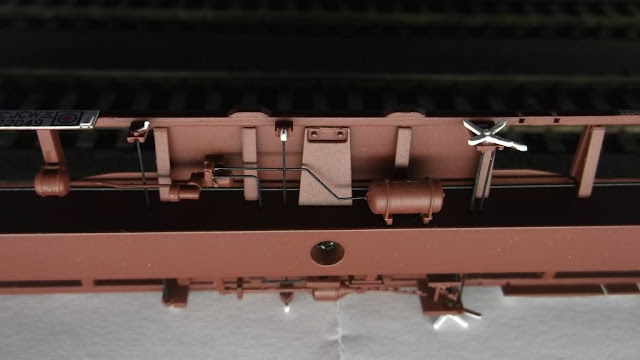 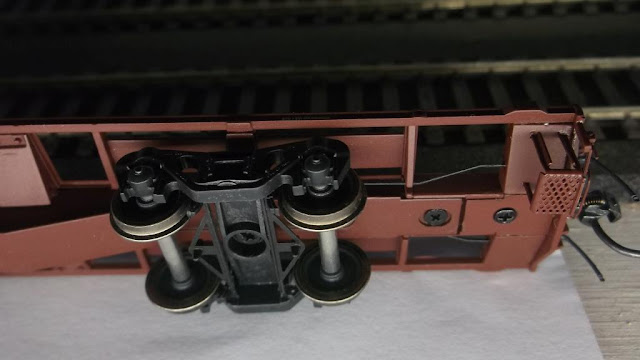 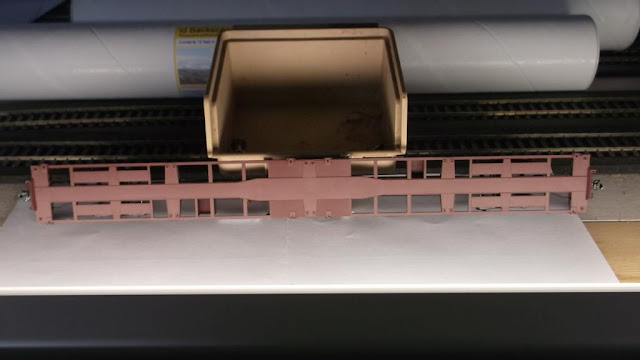 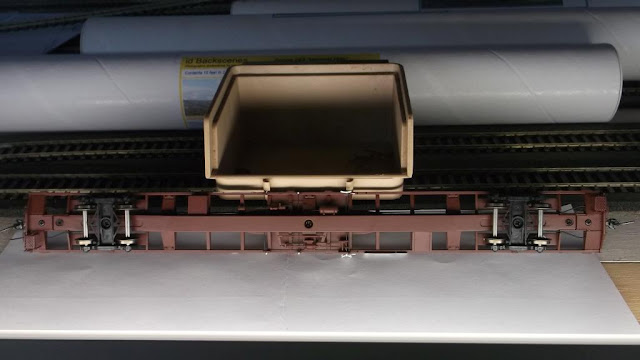 and the under view.

My highest rating of  9.1 out of 10 for the nicest model out of SDS. Clearly the leader of the factories at this stage.

Mind you Auscision have a car carrier in our future, and an X Class on the water (I think?) which might tilt things back again.

Congratulations Steven. Not only for building another fine model, but for your recent take over of Austrains. I think that strategic move will also be a profitable one. I do hope that high T Class EBAY prices will help you decide to upgrade and run the Victorian T Class in the near future, with upgraded electrics.
Cheers
Rod Young